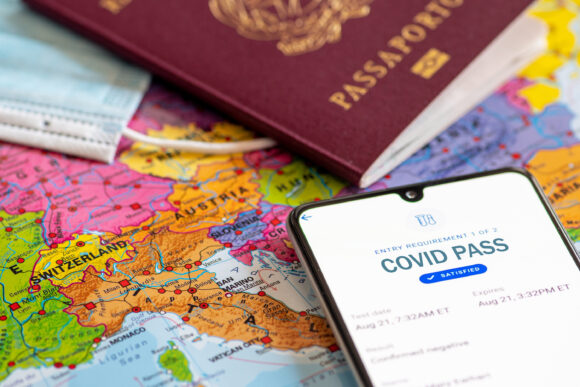 As Europe rushes to put in place a digital health pass system to save the holiday season from the pandemic, technical and political hurdles show how the world faces a major challenge in the building such systems, say those involved in the effort.

Developers grapple with issues ranging from the practical – like what to accept as proof of the absence of COVID-19 – to the philosophical, to debates over discrimination and privacy.

Southern countries that depend on tourism like Spain, Greece and Portugal are calling for a rapid deployment of the ‘digital green pass’ promised by the European Union, claiming that their economies will not resist the loss of another. summer season.

The European Commission plans to award a contract this month for a central digital pass verification system, which will use QR codes that can be scanned into a smartphone app. It will also provide a template to help member countries develop their own applications – although some have already prepared their own versions.

The gateway is supposed to be launched in June after testing in May. But the less tourism-dependent northern states of the bloc warn that launching a workable solution so quickly will be a difficult exercise, especially given the number of stakeholders in the bloc of 27 nations.

“It’s an aggressive schedule and it requires cooperation,” said Mats Snall, head of the Swedish digital passport initiative for vaccines.

The list of unresolved issues with the vaccine passport program is long.

There is still no consensus on whether antibody tests provide sufficient evidence that a person who has recovered from COVID-19 is immune, according to sources involved in the efforts.

Adapting the program for foreign visitors is also a challenge, after Commission President Ursula von der Leyen told the New York Times on Sunday that the EU would open its doors to Americans vaccinated this summer.

Member states are also concerned about the security of personal information, although the Commission has promised that online certificates will contain a minimum of data: name, date of birth, specific health information, date of issue and a code. unique identification.

And while vaccine passports haven’t become political football like they have in the United States – where right-wing politicians denounce the idea as an infringement on personal freedom – concerns about digital tracking are significant.

Data put into digital certificates will be easily susceptible to tampering, warned Michael Veale, who lectures on digital rights and regulation at University College London.

At the same time, training and equipping staff across Europe to verify certificates might prove impossible in practice, creating a form of ‘security theater’ which is more intrusive than useful in practice, a added Veale.

The vaccine passport feuds resemble last year’s debates over contact tracing apps, which some experts believe could help stem the pandemic, but which have mostly sunk in the face of technical feuds, a lack of adoption and huge waves of infection that made most of them irrelevant.

But vaccine passports are inherently simpler: unlike contact tracing apps, they don’t need to communicate with other phones or track movement in any way.

Instead, a digital health pass, issued by a doctor or health center, would feature a QR code containing pre-authenticated information that verifies that a traveler has been vaccinated against COVID-19 or has received a negative PCR test result.

EU member states are creating apps that allow individuals to download the QR code to their smartphones. Officials would receive separate verification applications: a “green” result would mean that the certificate is valid, “red” would be invalid.

The EU gateway would ensure that, for example, the German app could be easily read in Portugal.

Estonia, which already tested a digital workplace immunity passport last year, is seen in Brussels as the most advanced in creating its own national app, but the others are not far behind.

France has just added a feature to its existing coronavirus contact tracing app, allowing users to download recent test results and proof of vaccination. He is testing the application first on air flights to Corsica.

Germany starts by creating a stand-alone app to provide proof of vaccination, but plans to then integrate the digital certificate via a wallet function into the Corona-Warn app, launched last year to enable contact tracing, according to sources.

Spain is one of the strongest supporters of the digital digital pass, hailing it as a safe way to facilitate mobility after losing more than 80% of its foreign visitors in 2020, a low of 51 years.

“Spain cannot afford another summer like 2020,” a source told the Tourism Ministry. “The port and airport authorities have already contracted the necessary services to implement and recognize the digital certificate.”