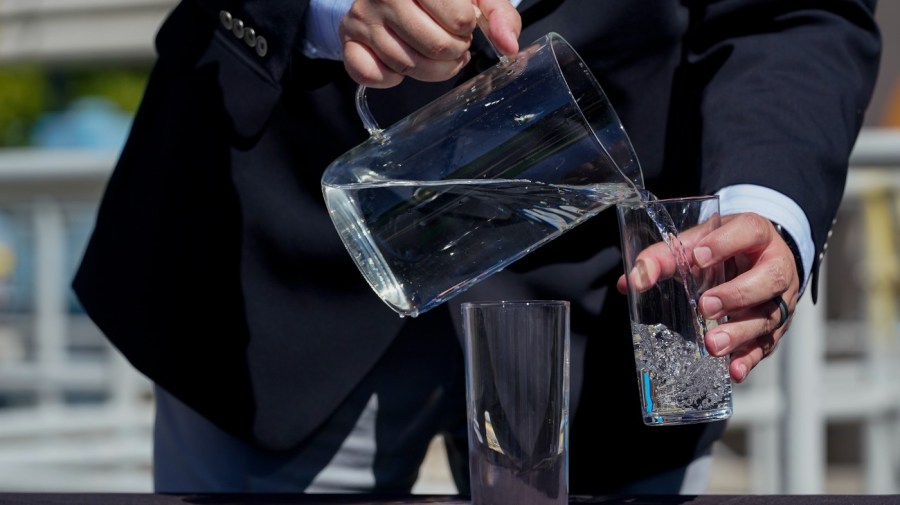 In an effort to take what they say is a step to help protect people and the environment from dangerous chemicals, the Environmental Protection Agency (EPA) under President Biden is working to regulate certain categories of chemicals. The EPA claims it protects people and the environment from hazardous substances — principles most Americans would support in a vacuum. But the benefit of the doubt very quickly runs into the reality of the details of exactly what the EPA is proposing, the supposed reasoning why and how regulators want to impose this rule.

It’s easy to throw out buzzwords and lofty rhetoric about health and the environment, but a closer look reveals just how questionable the EPA’s actions are — and how big of an impact their actions will have on ordinary Americans. So much so that even some environmental groups, key voices and local community authorities the EPA says they want to help are speaking out against the proposed regulation.

PFAS chemicals and their compounds have complex, perhaps scary-sounding names — perfluorooctanoic acid (PFOA) and perfluorooctane sulfonic acid (PFOS) — but they have many practical uses that provide real benefits to our lives.

PFAS is present to some degree in a wide variety of products: non-stick cookware, water-resistant clothing such as raincoats, shampoo, make-up, fire-fighting foam, building materials, aerospace tools and parts, and even dental floss are all examples or normal products that contain PFAS.

Due to the widespread use of PFAS, much of the unintended consequences have to do with the enormous costs that will be passed on to ordinary Americans.

The reality is that there is a lack of disposal methods for products containing PFAS. So if the EPA manages to finalize their hazardous material designation, it won’t help to actually clean up the chemicals. The result of that overrun would be confusion, frustration and a waste of billions of dollars.

The Solid Waste Association of North America (SWANA) recently wrote to Congress that increased costs associated with PFAS management could cost about $966 million to $6.279 billion a year for municipal solid waste landfills. About two-thirds of the country’s landfills are owned by local municipalities, so those huge cost increases will put enormous pressure on local governments (and therefore taxpayers). In addition, SWANA also emphasized that such “cost increases are likely to have a significant disproportionate effect on low-income households that depend on the affordability of services provided by the solid waste sector.”

The prevalence of PFAS also has a critical impact on small businesses such as restaurants – especially those that are family-run and/or in disadvantaged communities – as they would be forced to find alternative products or would be affected by a much more expensive way of getting around. to dispose of their waste. certain waste.

The proposed rule is so onerous that even likely EPA allies have expressed concern. The PFAS Regulatory Coalition, a group dedicated to combating PFAS contamination, has stated that the rule will “significantly complicate and expand the amount of contaminated sludge and soil material for which we still do not have guidelines for destruction or disposal of EPA. “

Similarly, the Sierra Club pointed out that EPA’s 2020 mandatory interim PFAS disposal guidelines are tricky because they “highlight the fact that EPA does not have the monitoring methods or data to conclude that any of these methods are safe ways to contain PFAS waste.” “

Local water agencies, which are responsible for providing clean water to residents of the local areas they serve, are rightly concerned about the impact of this proposed regulation on water and wastewater treatment plants, as the EPA itself admits they don’t even know how they efficiently detect or remove PFAS in water. Even if one were to ignore the very real cost issue that the regulation will also have regarding the cost of public water and the threat to water access for many communities, here’s a basic, common sense question: If the EPA doesn’t know how to detect PFAS in water, how can they expect this from water agencies?

Again, it’s worth emphasizing that the EPA itself does not fully understand PFAS at all. The agency lists specific questions related to PFAS that they don’t fully understand yet — including how to detect PFAS, how harmful PFAS is to humans, and how to manage and remove PFAS.

Some regulatory processes in the name of generic, even if significant, causes like health and the environment may be necessary at times, but EPA’s recent move on PFAS substances proves just how harmful it can be when considering the inevitable effects in favor of a zeal to pull the regulatory trigger.

Mario H. Lopez is president of the Hispanic Leadership Fund, a public policy advocacy organization that promotes freedom, opportunity, and prosperity for all Americans. Follow him on Twitter @MarioHLopez.