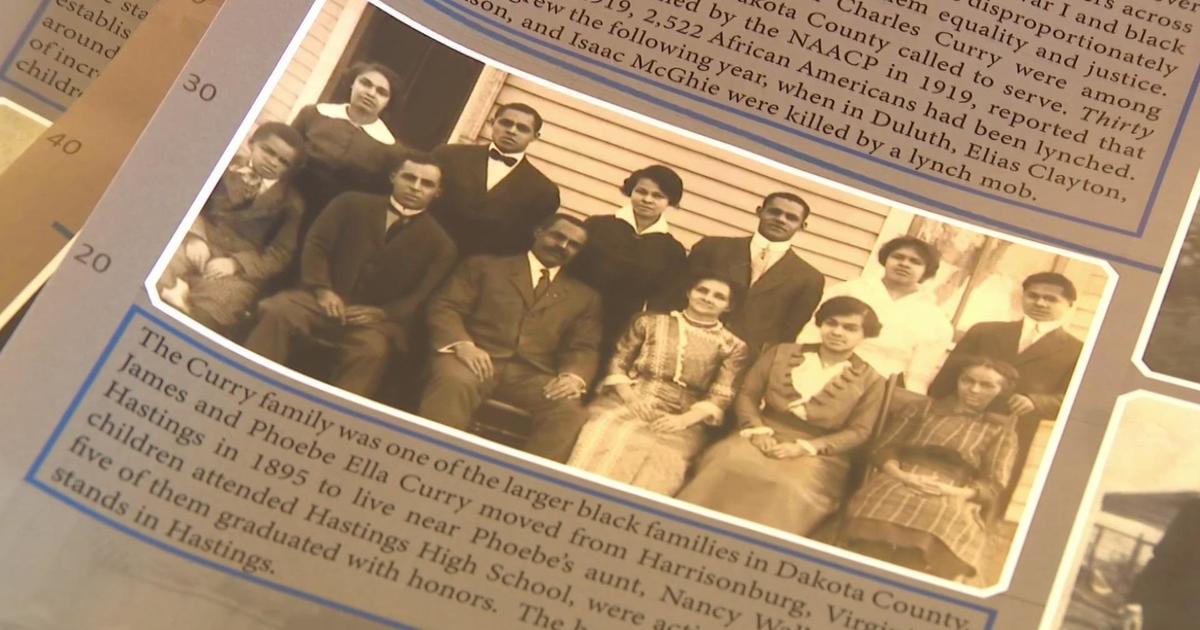 HASTINGS, Minnesota — It’s a part of Hastings history just talked about: a black church that burned down in the early 1900’s.

Brown Chapels African Methodist Episcopal Church was founded in 1891. It was the place where black people worshiped for 15 years, until someone set it on fire.

Reg Chapman spoke to a descendant of one of the church’s founders, who talks about resurrecting the past for reconciliation.

It is a story that is not talked about, but remembered, by the descendants of the people who experienced it.

Dozens of black people called Hastings home in the late 1800s. They worshiped with their white neighbors at the Methodist Church on Vermillion Street, but they didn’t always feel welcome.

“There is an account of a racial epithet thrown at a baptism in the Methodist church here. The paper said that experience has taught us that we need a place of our own to worship,” said James A Curry.

Curry’s great-grandparents were part of that group looking for that perfect place to worship.

A 24-by-36-foot white-frame church on the corner of Fifth Street and Sibley Street was purchased for $500.

“In 1882 the church opened its doors and prospered for 15 years,” Curry said.

Days after celebrating the 15th anniversary, someone entered the back of the Brown Chapel African Methodist Episcopal Church, poured kerosene inside and set it on fire.

“With the community silence that followed, no investigation, and those two things I know for sure sent the message that Hastings had turned a corner,” Curry said.

After the church burned down, there was a mass exodus of black people in Hastings.

“There was even an article in 1954 that said the last man of color in town had died, and from the research I’ve done, they weren’t able to reach their 1900 peak of 40 something black until the 90’s.” , so that’s about 40 years of an all-white city,” Curry said.

A group of artists is part of the effort to share this story and break generations of silence.

“We’ve formed a mission to dig up this history and share it with the community,” Curry said.

Building Remembrance for Reconciliation, or BR4R, was established to commemorate this history.

“Just because it happens to be an act of hate doesn’t mean I want to dig up and shame people. I want to commemorate what was invisible,” Curry said.

Breaking the Silence Remembering at Browns Chapel AME takes place on October 23. It includes tours of Hastings landmarks, guest speakers, and more. For more information about the event, click here.

Reg Chapman joined UKTN-TV in May 2009. He came to UKTN from WNBC-TV in New York City, where he did a series of stories for the station, including the Coney Island plane crash, the collapse of the crane on the east side of town, 50 shots fired at motorist Sean Bell by the New York Police Department, and a lacrosse team attack on Fairfield High School in Connecticut.

Germany is seen as a less reliable international partner than before, says study | UKTN | 07.10.2022