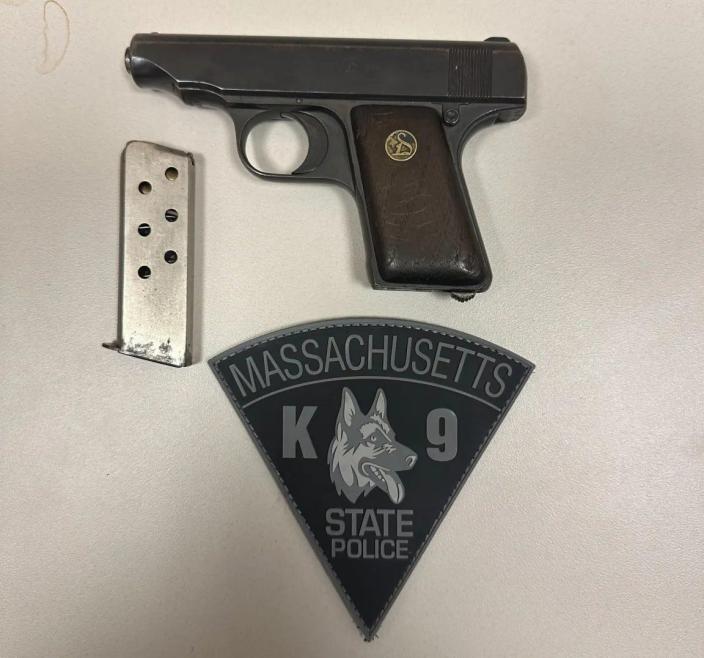 FALL RIVER – Route 24 north was the scene of a shooting, in which a Fall River man was arrested after allegedly firing a gun at another driver’s car while on the road.

Trooper Jacob Hass responded to reports just after 10:15 p.m. that a driver in a Nissan Altima had brandished a firearm from his car and fired at another vehicle, according to Massachusetts State Police. The trooper, positioned several miles north of the alleged firing site, saw a Nissan Altima pass him and set out to intercept it.

As the Nissan turned onto Route 44 and pulled into a gas station, Hass drove up to him and ordered the driver to get out of the car and stand on the ground, police said.

Ricky Lorenzi, 26, of Fall River, was arrested without incident; according to state police, troopers searching Lorenzi and his vehicle found a loaded .25-caliber ACP pistol in the car.

According to a state police press release, two officers located the victim of the alleged shooting and saw damage to the person’s vehicle “consistent with that of the impact of a .25-caliber bullet.”

rolling: South Coast Rail’s Fall River station is 90% complete – this is where trains get on the track

See also  In occupied Kherson, the Russians 'destroyed all books in Ukrainian'

Lorenzi was taken to Dartmouth State Police barracks for booking and is being held at Ash Street Jail in New Bedford awaiting arraignment in Fall River District Court. Lorenzi is charged with illegal possession of a firearm, possession of ammunition without a FID card, improper storage of a firearm, carrying a loaded firearm and armed assault with a dangerous weapon.

Police have not released any information about the cause of the incident.

This article originally appeared on The Herald News: Fall River Man Accused of Shooting Car While Driving on Route 24