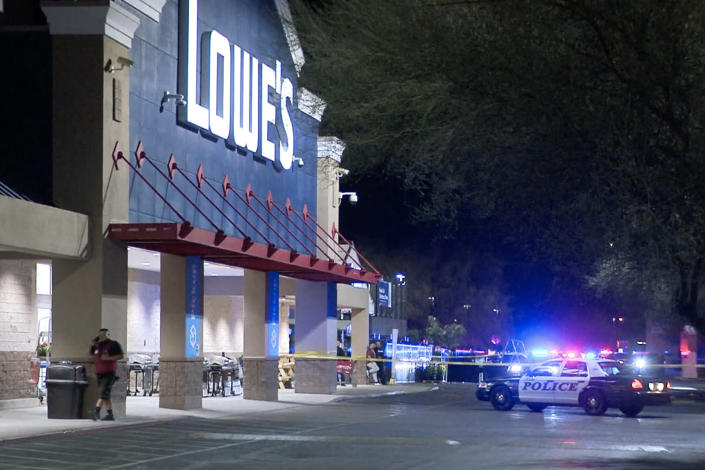 A former Arizona police officer who shot and killed a man in a motorized wheelchair during a suspected shoplifting incident last year was charged with excessive force in a federal lawsuit Monday.

In a complaint filed in the US District Court in Arizona, lawyers for the family of Richard Lee Richards, 61, said they wanted to hold former Tucson police officer Ryan Remington responsible for firing nine shots outside a Lowe’s on Nov. 29 in what the lawsuit describes as a slow-moving encounter that could have been resolved without lethal force.

“Mr. Remington’s actions caused deep grief, fear and trauma to the family of Mr. Richards,” attorney John Bradley said in a statement. “The constitutional violations here are clear and they are on video.”

The suit also alleged wrongful death and accused the city of Tucson of violating the American with Disabilities Act.

The city failed to adjust police policies to ensure officers properly deal with people like Richards, who had a broken hip and was using a wheelchair when he was fatally injured, the suit claims.

Remington was fired for the January shooting and was charged with manslaughter last month.

According to the lawsuit, Remington was on a special security assignment at a Walmart south of downtown Tucson when the shooting occurred. Shortly before 6 p.m., an employee told him that Richards, who was in a motorized wheelchair, had stolen a tool kit and left, the suit says.

When Remington and the employee confronted Richards in the parking lot, he replied by saying, “Here’s my receipt,” and brandished a knife, according to the suit.

The employee returned to the store and Richards ran off, threw the tools on the floor and walked across the mall parking lot to the Lowe’s, the suit says.

Remington followed Richards for several minutes and alerted a dispatcher who said an officer with a “less lethal” weapon was en route.

As Richards approached an entrance to the Lowe’s, Remington could be seen in a body camera video telling Richards to stop. Seconds later, Remington opened fire, hitting eight times, according to the suit.

After firing eight times, Remington paused and then fired a ninth shot — which the suit described as evidence of his “depraved” frame of mind.

When the video was released in December, former Tucson police chief Chris Magnus said the shooting was a “clear violation of department policy and in direct contradiction to multiple aspects of our use of force and training.”

Police did not immediately respond to a request for comment Monday.

Remington could not be reached for comment and his attorney, Mike Story, did not immediately respond to a request for comment.

Storie has said that Remington opened fire after he perceived “a threat” to an employee of Lowe. Speaking to NBC affiliate KVOA in August, Storie described the manslaughter charge as a “legal fiction” and said the charge was “false”.