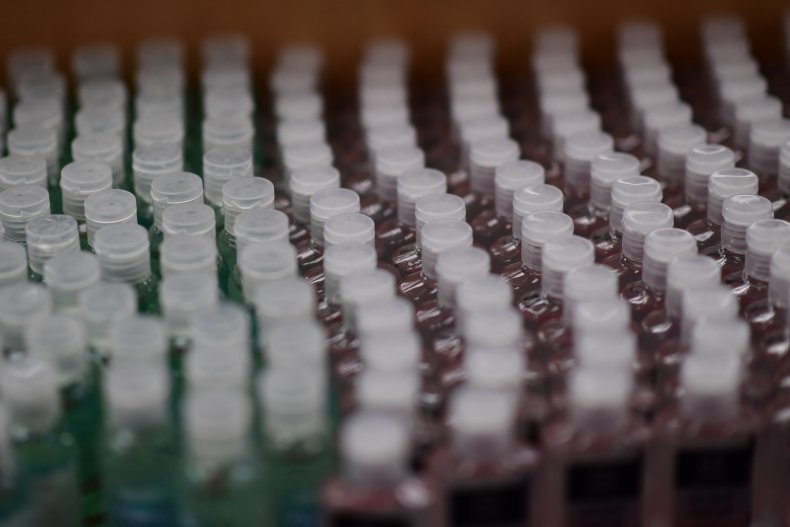 When COVID-19 started spreading around the world in 2020, doctors and health specialists strongly recommended using hand sanitizer as a way to fight the virus. Shortly afterward, the U.S. Food and Drug Administration (FDA) issued a list of nine hand sanitizers to avoid. That list quickly grew to a few hundred.

With China having a resurgence of COVID infecting its population, the FDA is advising consumers not to use 378 different hand sanitizers. Most sanitizers are produced in Mexico, while others are produced in the United States, China, and many countries around the world.

Other factors may play a role in recalls, such as not having the required amount of ethyl alcohol, isopropyl alcohol, or benzalkonium chloride. Some products are made in the same facility as other products containing toxic products and others may be packaged in a container similar to a food or beverage container posing a risk of accidental ingestion.

Some of the products produced in China have Disney and other popular labels, including:

The FDA advised residents in 2020 to follow guidelines to wash your hands for 20 seconds with soap and warm water, especially after eating, going to the bathroom, and coughing, sneezing, or blowing your nose.

“The FDA remains vigilant and will continue to take action when quality issues arise with hand sanitizers,” the FDA said. “In addition, the agency is concerned about false and misleading claims for hand sanitizers, for example that they can provide long-term protection, such as 24-hour protection, against viruses, including COVID-19, as there is no evidence to support these claims.”

China has already seen a spike in COVID-19 deaths in the past month, according to Reuters. That report states that there were nearly 60,000 hospital deaths from Dec. 8 to Jan. 12. Most of the dead were seniors aged 75 or older.

There have been more than 673 million COVID cases reported and more than 6.74 million deaths worldwide since the virus was first discovered in late 2019. The United States has led the world in infections (103 million) and deaths (1.1 million), far ahead of any other country, since it became a global pandemic in 2020.

China, in particular, has seen an increase in both infections and deaths in recent months.