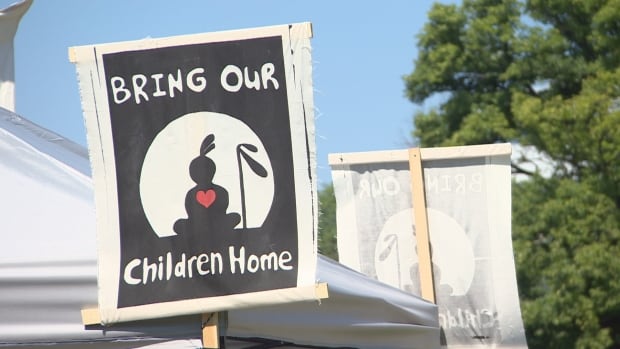 The Federal Court of Canada has certified a class action lawsuit against the federal government on behalf of off-reserve Indigenous children who were removed from their families and placed in non-Indigenous care.

In a decision posted online Monday, Federal Court Judge Michael Phelan ruled that the class period would cover from January 1, 1992 to December 31, 2019, a period referred to in court arguments as the “millennium scoop.” .

The decision says those affected include status and non-status Indians, Inuit and Métis youth and their families who did not live on reserve.

The group is seeking various damages, restitution and recovery of specific costs on behalf of the affected children and families.

Phelan’s decision indicates that granting certification for a single class action would avoid the prospect of 13 provincial and
distinct territorial actions “pursued by one of the most disadvantaged groups in Canada”.

“The Court is not persuaded that the issues are only theoretically common. Individual provincial/territorial welfare practices should be considered whether the claim is in this court or in multiple courts,” indicates the decision.

The federal government argued in court that the provinces and territories should be involved in the legal process, but the judge says the Crown did not explain how this could be done for a national class action.

Phelan says that for “judicial economy”, a single national procedure is more efficient.

“Canada has repeatedly stated that it seeks reconciliation and resolution. Despite the long period over which the acts complained of occurred, it did not happen and there was no suggestion that it was probable or that there was a means of resolution,” the decision reads.

Plaintiffs’ attorneys allege that the federal government’s actions violated the Charter of Rights and Freedoms and demonstrated systemic negligence, although the allegations have not been proven in court.

Vancouver attorney Angela Bespflug, speaking on behalf of the plaintiffs, said the certification “signals a significant change in the law” as the federal government must now explain why it treated off-reserve children differently than those who live on reserves.

“It is fundamentally wrong that Canada has agreed to compensate children on reserves while leaving children off reserve in the cold,” Bespflug said in a statement released by law firm Murphy Battista.

The federal government reached a tentative agreement last year to pay $40 billion to on-reserve youth and their families affected by discriminatory funding practices related to the child welfare system.

The claim is based on Canada’s obligation to protect apprehended Indigenous children from harm, particularly with respect to the loss of their Indigenous identity.

Cindy Blackstock, executive director of the First Nations Child and Family Caring Society, says that compared to the height of the residential school era, three times as many children are now in state care.

“Canada apologized for residential schools, but continued the same policies under a different name,” Blackstock said in the same statement.

“We call on Canada to stop fighting off-reserve Indigenous children in court, to rise to the occasion and lead, and to
finally make the changes needed to fix this deeply broken system,” she said.