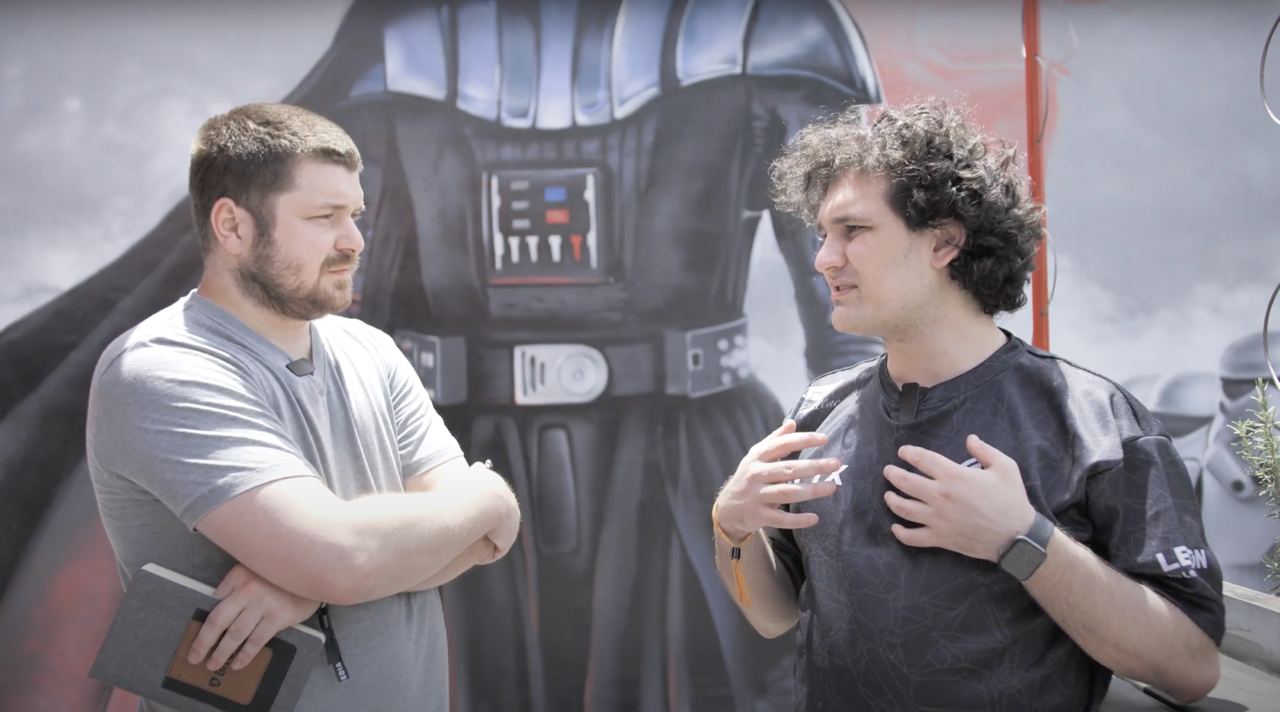 Last week I made the mistake of being pretty much the only DeFi inhabitant to go to the Bitcoin 2021 event in Miami.

While I managed to catch up with a handful of builders and big brains in the convention center, my time would have been better spent hunting down the degenerates at the various satellite events, yacht parties, and nightclub gatherings – the “ghost conference. “for the DeFi take take place as boomercoin maximalists talked about the same points they had been repeating for nearly a decade.

The short time I was able to spend with the folks at DeFi was extremely rewarding, however. I emerged from discussions with representatives from SushiSwap, Yearn Finance, Balancer, Polygon, the Digital Dollar Project and FTX, among others, with some useful cores of information on how decentralized finance can evolve in the second half. of the year. With full interviews coming out next week, in the meantime, here’s a rundown of the best of what I’ve gleaned:

Although it appears that institutional adoption has been fair On the horizon for years now, there’s more and more reason to believe that money from the big investment banks could finally splash into DeFi pools for too long.

As it stands, everyone I’ve spoken to is unanimous that companies are showing a genuine interest in finding ways to get involved, but not everyone is sure exactly what that looks like or how to solve it from a regulatory and custodial point of view.

FTX and Alameda Research decabillionaire Sam Bankman-Fried (who notably had no security guards, despite Bitcoiners worth orders of magnitude less like Saylor walking around with a mobile rugby scrum – or, wait, can -be that Sam had very good security guards in the sense that I’ve never noticed them?) described the dynamics as similar to that of a college couple, with one party “waiting” for the other.

From his perspective, FTX is ready to flip a switch and provide a gateway to all the services institutions want. However, the job is more like an exercise in empathy than a business: it involves long conversations about what exactly institutions want – more return on dollars, exposure and custody, a sort of ramp. ‘access to satisfy customer demands – but when customers say’ we want to do crypto ‘what do they mean and what is actually possible? Everyone has questions. Everyone is in their feelings. For now, much of the progress looks like a company going public and trading crypto.

The folks at DeFi have expressed similar sentiments. The security specialist by Yearn Finance’s pseudonym, “Doggy B”, presented barriers to involvement as one of the singular personal choices: whether or not an institution is involved depends on the risk tolerance of the institution. chief lawyer for the institution in question – a situation that seems absurd given the possible sums of money at stake.

The problem here is obvious: the regulatory framework right now is a lot of noise and fury that doesn’t mean anything. Elizabeth Warren said stupid things the other day, and someone at one of the acronym agencies Googled DeFi and got mad about it. It’s the sort of thing that could – and perhaps is specifically designed to – scare off lawyers willing to take the plunge.

It’s good to remember that regulatory winds are constantly changing, even though they seem stormy right now. Any real legislation would be subject to rounds of hearings and testimony, and barring some sort of drastic executive order, more balanced heads like Chris Giancarlo would have a chance to weigh in.

Before my interview with the former president of the CFTC, I thought it was about sitting down with the enemy. Instead of an upright rule-obsessed regulator, however, my impression of Giancarlo was that he is extremely agile and creative with his thinking.

He defined the regulation of crypto based on a larger legislative trend that has unfolded over the past 30 years: lawmakers trying to keep pace with the internet.

However, he called digital currencies “inevitable” – technology will advance and eventually prevail even despite what could possibly be conflicting regulation.

“You can’t stop technology in time, and if you do, you’ll become a backwater. “

I’m glad he’s leading the research on an American CBDC and finds its framing useful when trying to assess those short-term screams and whispers.

Here’s an under-reported quality of this bear market that makes me wonder if all the talk about supercycles might be relevant: Even with a 50% pullback across the board, VCs are still willing to spend a lot of money on quality projects.

In 2018-19, the money just disappeared. I’ve heard stories of eight-digit increases agreed in December that flopped in January – perhaps because the funds themselves have collapsed. Dozens, if not hundreds, of companies went bankrupt, and where a white paper could have made millions, suddenly a complete product with real users could not be offered.

In Miami, however, the checkbooks were out. I spoke with Jack Lipstone and David Lucid from Rari Capital, as well as with “Tytan Inc.” from upcoming NFTY Labs on current capital conditions, and both have expressed that they need to push back interest rather than trying to raise it.

What stands out is not only that the money is sticking around, but that the funds and projects they invest in also seem more mature. Rari at one point was reaching $ 110 million in total locked-in value, and NFTY Labs has a working product – smooth-sounding NFTs that enable subscriptions and secure community access. Funds, meanwhile, are said to be increasingly focused on the future – dynamic and utilitarian NFTs, and extremely bright teens at Rari, both betting on the future.

I don’t know if that means we’re going to bounce back soon, but the builders are still building and the funds are ready to back them up this time around. In terms of fundamentals, DeFi is healthier than ever.