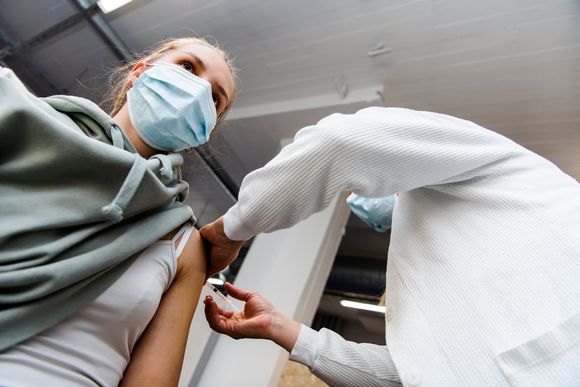 Finland’s vaccination rate is slowing as more people start to receive booster doses. Elderly residents and healthcare workers are the first in line for the second injection.

Many people in Finland who have been injected with a coronavirus vaccine are expected to receive a second dose this month. This means that fewer vaccines are available for those who receive their first vaccine, even though officials say vaccine shipments in the country are increasing.

Finland’s decision to give a different mRNA vaccine to people under 65 who received AstraZeneca for their initial injection is also slowing the pace of vaccination. In April, Finnish health officials said they would restrict AstraZeneca to people aged 65 and over following reports of life-threatening blood clots in a very small number of young adults.

Mia Kontio of the THL public health institute said some of the doses of AstraZeneca in Finland are unlikely to be used, although it is still unclear what will happen to them.

“Now these deliveries of AstraZeneca are on hold. But it is unlikely that it will be possible to move these doses anywhere,” she said.

Earlier this year, Finland extended the gap between vaccine doses to three months. The country now administers about 80,000 second shots per week, according to Kontio.

“The pace will slow down for a few weeks, although the volumes of incoming vaccines will increase. Deliveries will accelerate even more in early June, when things will stabilize again and the pace of the first injections will accelerate,” a- she explained.

Kontio told Yle that she thinks Finland’s vaccination strategy of implementing 12-week intervals between the first and second dose was a good idea.

“At the moment, studies show that over three months, the antibodies do not decrease to a level that would significantly weaken the protection. From a long-term coverage perspective, that bigger gap might even be better, ”she explained, defending Finland’s strategy.

Kontio also hypothesized that other European countries could introduce longer intervals between injections to maximize the number of people receiving their first inoculation.

Last week Finland received a record shipment of more than 400,000 vaccines. However, nearly half of those doses were from AstraZeneca, which Kontio said Finland would not use immediately.

Some 250,000 doses now arrive each week, according to Kontio. Pfizer vaccines represent approximately 200,000 vaccines, while Moderna has between 35 and 40,000 doses. In the future, Finland is also expected to receive around 40,000 weekly doses of the Johnson & Johnson vaccine.

Finnish vaccine experts said they plan to determine the age groups who will receive the J&J vaccine after the European Medicines Agency (EMA) released its recommendation on the use of the vaccine this week.

According to the European Center for Disease Prevention and Control, Finland has the second highest cumulative consumption of at least one dose of the vaccine among adults in the EU: 38.4%.

Hungary has the highest rate with 50.5 percent of adults. It is the only country in the EU to use Russia’s Sputnik V vaccine, which has not been approved by the European Medicines Agency.