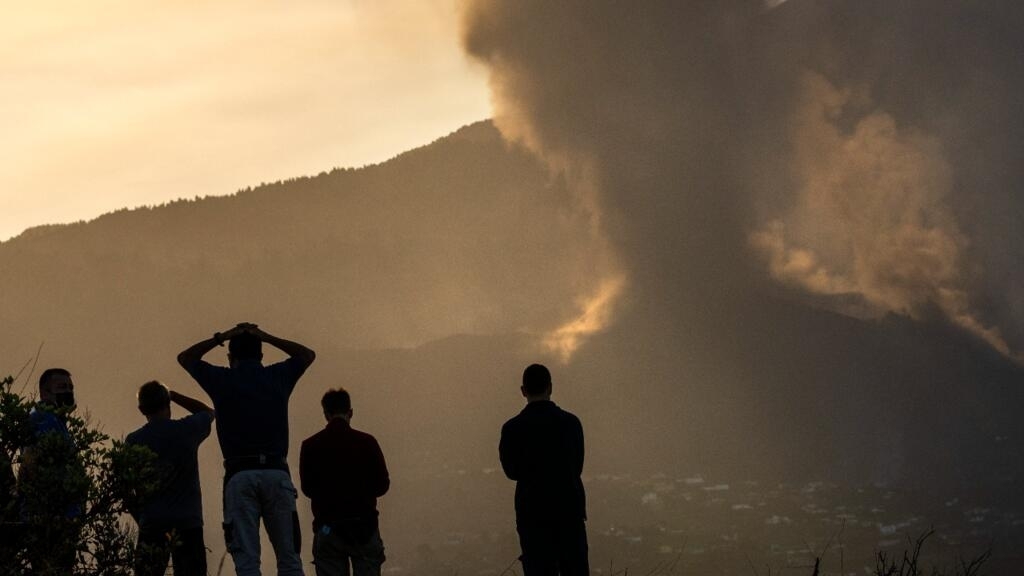 Intensifying volcanic explosions on the Spanish island of La Palma forced firefighters to retreat and authorities to evacuate three other towns on Friday, as airlines canceled flights due to a cloud of gas and ash, the largest since the volcano erupted.

Firefighters withdrew from cleanup work in the town of Todoque on Friday afternoon as a new vent opened on the side of the volcano and videos shared on social media showed a massive shock wave emanating from the site of the rash.

A Reuters witness saw a huge gray cloud rise from the top of the volcano on Friday afternoon, the largest since the eruption began on Sunday.

“The volcano is in a new explosive phase (…) The firefighters will no longer operate today,” tweeted the firefighters of Tenerife, deployed to help La Palma.

On Friday afternoon, authorities ordered the evacuation of the towns of Tajuya, Tacande de Abajo and part of Tacande de Arriba that had not yet been evacuated, with residents invited to gather on the local football field. .

Emergency services in the Canary Islands initially told residents to stay indoors to avoid the dense cloud of ash and lava fragments, but later decided to evacuate due to the increased risk of explosions.

There were not only evacuees, but also animals.

“Evacuation of people is the top priority… although there are other important tasks as well such as the safety of pets,” the Guardia Civil tweeted, with a video showing officers carrying reluctant goats to safety.

Since its eruption on Sunday, the Cumbre Vieja volcano has spat out thousands of tons of lava, destroyed hundreds of homes and forced the evacuation of thousands.

No serious injuries or deaths have been reported, but around 15% of the island’s economically crucial banana harvest could be at risk, putting thousands of jobs at risk.

Canarian airline Binter announced on Friday that it had canceled all flights to La Palma due to the volcano eruption, while Iberia canceled its only flight scheduled for the day, and another local airline, Canaryfly, also suspended its operations.

Binter said he was forced to halt operations to and from La Palma as the ash cloud had worsened significantly in the past few hours.

The airline, which initially canceled only night flights, could not say when it would resume operations.

A cloud of poisonous gases and ash stretches more than 4 km (2.5 miles) in the sky, the Canary Islands Institute of Volcanology said Thursday.

It began to drift northeast towards the Mediterranean and mainland Spain, the national meteorological agency said.

The airspace over the island remains open except for two small areas near the eruption site.