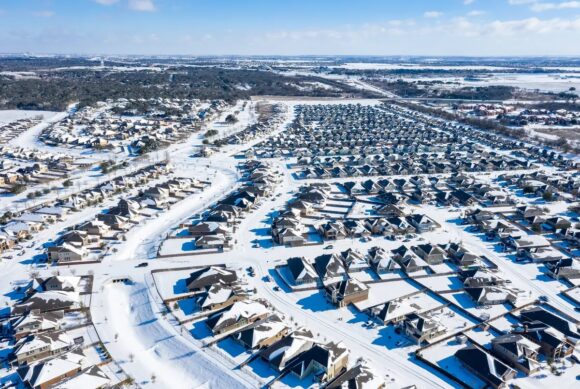 Insured losses from natural disasters hit a 10-year high of $ 42 billion in the first half of 2021, the biggest loss related to extreme cold in the United States in February, insurance broker Aon said on Wednesday.

Overall economic losses are, however, below their 10-year average, at $ 93 billion, Aon said in a report.

Disasters in developed countries usually result in larger insured losses. Seventy-two percent of global insured losses occurred in the United States in the first half of the year, Aon said.

The period of extreme cold induced by the polar vortex resulted in an assured loss of at least 15 billion dollars.

Natural disasters were responsible for around 3,000 deaths worldwide in the first half of the year, with 800 deaths from the heat wave that hit parts of western Canada and the US Pacific Northwest in late June.

“The juxtaposition of record high heat and cold observed around the world has highlighted the humanitarian and structural constraints caused by extreme temperatures,” said Steve Bowen, managing director and head of disaster analysis at the impact forecasting team at Aon.

Bowen added that with climate change, “it is becoming more imperative to explore ways to better manage physical and non-physical risks which urgently require concrete solutions.”

UK insurer Aviva on Wednesday called for urgent action by policymakers, developers and insurers to protect homes and businesses from the impact of climate change, saying most were ill-prepared to deal with extreme weather conditions .

Top photo: The Blanco Vista neighborhood of San Marcos was blanketed in inches of snow in February as a massive winter weather system caused power outages across Texas. Photo: Jordan Vonderhaar for The Texas Tribune

The subjects
Loss of profit from natural disasters