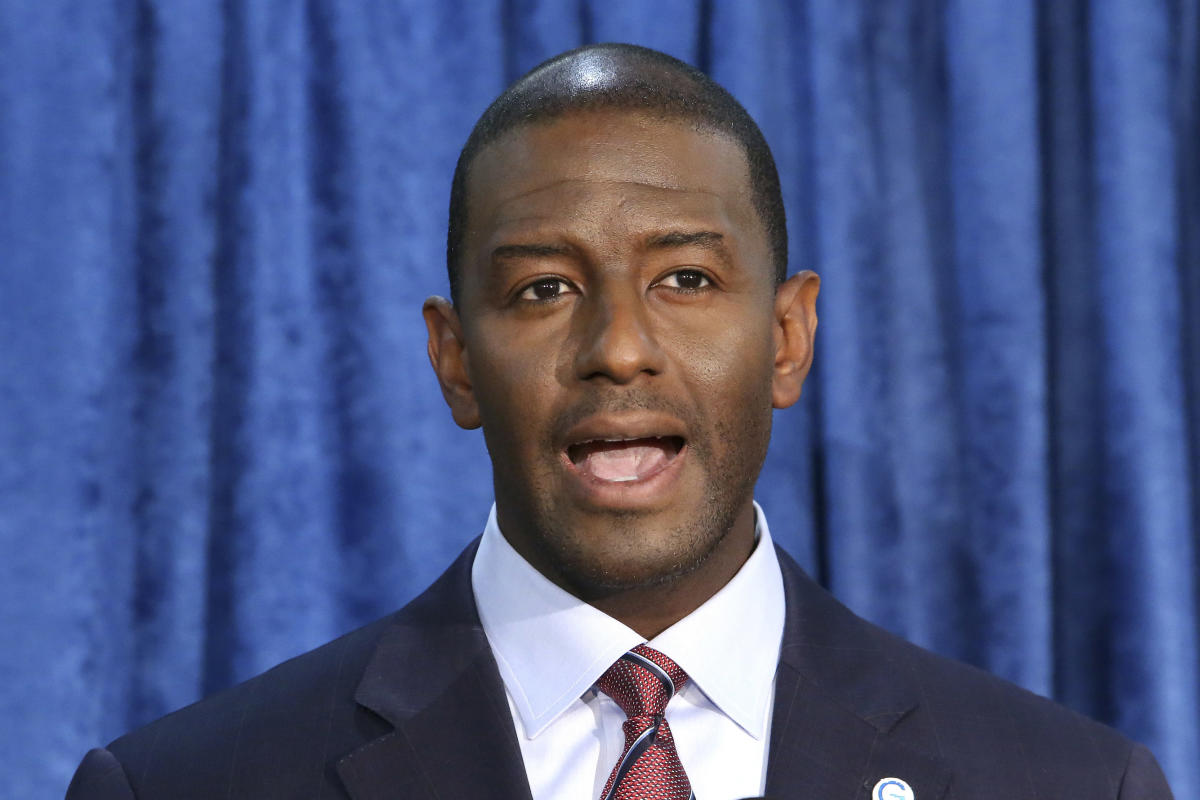 TALLAHASSEE, Fla. (UKTN) — Andrew Gillum, the 2018 Democratic candidate for governor of Florida, has been charged with 21 federal charges, including conspiracy and wire fraud for routing donations through third parties to himself for personal gain, prosecutors said Wednesday.

The U.S. Attorney for the Northern District of Florida says Gillum, 42, is also charged with making false statements to the Federal Bureau of Investigation for claiming he received or asked nothing from two undercover agents pretending to be developers. The undercover agents offered gifts and money in exchange for supporting the projects.

Communications company owner Sharon Janet Lettman-Hicks, 53, is co-accused in the wire fraud charges for funneling money to Gillum in the form of paychecks, U.S. Attorney Jason R. Coody in a statement.

Prosecutors said the couple “conspired to commit wire fraud, illegally soliciting and obtaining funds from various entities and individuals through false and fraudulent promises and representations that the funds would be used for legitimate”.

Gillam, in a statement released by his attorneys, denied the charges.

“Make no mistake, this case is not legal, it is political. Throughout my career, I have always stood up for the people of Florida and spoken truth to power,” the statement read. “There has been a target on my back since I became mayor of Tallahassee. They found nothing then, and I have full confidence that my legal team will prove my innocence now.

He made his first appearance in federal court on Wednesday afternoon, entering the courtroom shackled at the ankles and wrists. He and Lettman-Hicks have pleaded not guilty to all charges. A trial date has been set for August 16. Both were released without bail with instructions not to leave the Northern District of Florida without permission.

Gillum encountered undercover FBI agents posing as developers while he was mayor and during his campaign for governor. His associates asked officers for donations and suggested ways to provide the money without listing them as political contributions, including paying for a fundraising dinner, according to the indictment.

The agents were asked to contribute $100,000 to Gillum’s campaign and said the money could be donated to a private company to keep the agents’ names out of campaign finance documents. Officers said they would like favorable consideration on development projects and were told that would not be a problem, according to the indictment.

Officers also met Gillum in New York and paid for his hotel, food and drink, a boat ride and a ticket to see “Hamilton,” according to the indictment.

Later, other FBI agents questioned Gillum and asked him if he had any contact with the undercover agents. Gillum told them he never asked for or received anything from the “developers” and that he stopped communicating with them after they tried to tie contributions to supporting their projects, according to the deed. ‘charge.

An individual not named in the indictment donated $250,000 to Gillum’s political committee, but only $100,000 was invested in the campaign. Gillum and Lettman-Hicks said most of the remaining money went to a voter education program, knowing the service would not be provided, according to the indictment.

Instead, the money went to the Lettman-Hicks company. She kept some of it and sent the rest back to Gillum in multiple payments ranging from nearly $3,600 to $10,000 each.

That’s the latest issue for Gillum, who lost to Republican Gov. Ron DeSantis in a race that required a recount. Gillum lost 32,464 votes before being elected on more than 8.2 million ballots.

Gillum served as mayor of Tallahassee before running for governor. He won a crowded Democratic primary against better-funded candidates with 34.4% of the vote, stunning political observers. The charismatic politician won the hearts of diehard Democratic activists and ran a strong grassroots campaign.

After losing, Gillum was still considered a rising star in Democratic politics and was hired as a UKTN analyst.

Then, in March 2020, Gillum was found drunk and unconscious in a hotel room with two men, one of whom works as a male escort. Two days later, he checked into a rehabilitation center and then did a TV interview in which he said he was bisexual.