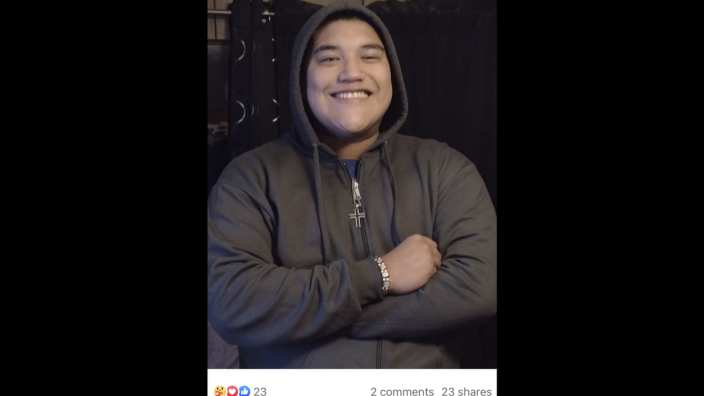 A Fort Worth teen was detained Monday in connection with the fatal shooting of a Paschal High School junior on Friday at a Whataburger restaurant across from the school.

Prison records identified the suspect as Daniel Reed, 17, who was booked into the Fort Worth Jail late Saturday night and is charged with murder in the shooting death of 17-year-old Zacharia Trevino.

Reed is also charged with aggravated assault with grievous bodily harm, as Trevino’s cousin was seriously injured in the shooting.

Fort Worth police said Monday that another arrest was expected in the murder case.

According to the authorities, all those involved in the incident were students of Paschal.

Trevino will be forever missed, his mother, Erica Rico Silva, wrote in a Facebook post. “I’m so broken without you,” she wrote.

Silva told WFAA-TV that he worked as a cook at the Whataburger and died trying to protect his cousin – a teenage girl who is still hospitalized.

Fort Worth Police Chief Neil Noakes said Friday that at least one student opened fire with a gun after an argument that turned into a fight at the restaurant at 2401 W Berry St.

A MedStar spokesperson said both patients were transported by ambulance to area trauma centers. Trevino later died at a local hospital.

Noakes said the city has seen an increase in teen and young adult shootings due to a lack of conflict resolution skills.

“It seems these days with some very young people … conflict resolution with a gun,” Noakes said. “You have so much more to live for and so does everyone you have a conflict with.”

In statements on social media Fort Worth-ISD said: “We are aware of a shooting that took place today after discharge in the Whataburger at Paschal HS. The school was immediately closed to all remaining students and staff. Fort Worth ISD is cooperating with the Fort Worth Police Department in their investigation.”