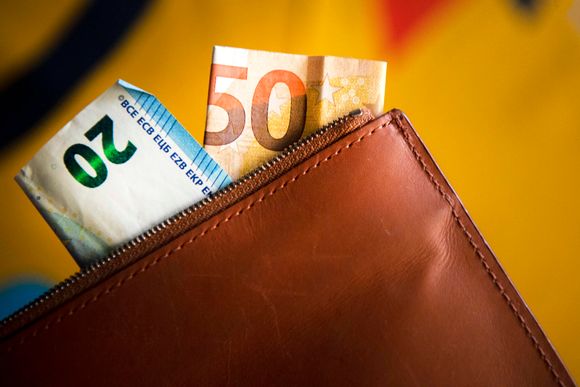 Tabloid Iltalehti reviews an interview with Yle in which the Minister of Family Affairs and Social Services Krista kiuru (SDP) said the government has been preparing to introduce a digital coronavirus vaccine certificate for two months.

According to Kiuru, the Finnish government is excited about the planned Covid passport system in Denmark, among others. She described the certificate as perhaps a QR code that would be received over a cell phone and easily viewed, if needed.

Iltalehti pointed out that while various terms have been used in the public debate on the issue, Kiuru has always used the expression “rokotetodistus”, ie “vaccination certificate”.

The newspaper goes on to write that the Prime Minister Sanna Marin (SDP) said Thursday that the introduction of a “vaccination passport” would not necessarily make sense given the timing of the government’s exit strategy.

“We assume that if sufficient vaccine deliveries materialize, we will be able to vaccinate the entire adult population during the summer. From this point of view, creating a passport is irrelevant. of legislation to ban those who haven’t been vaccinated against using the services, ”Marin said.

The business and business daily Kauppalehti reports that employer groups say the government’s exit strategy pays too little attention to reviving the national economy, describing it as an important first step, but no more.

Mika kuismanen, who is chief economist at the Federation of Finnish Businesses, told the newspaper that a significant number of companies will continue to face major financial problems for at least a year.

“Many restrictions will remain in place for a long time. Uncertainty affects consumption, and for example, events cannot be organized normally in early summer. We still need a lot of different individual flexibility mechanisms, to through which companies can, for example, spread statutory payments over a longer period, ”Kuismanen said.

Jyri Häkämies, CEO of the Confederation of Finnish Industries (EK), previously said that Finland’s subsidies to companies were moderate in overall European comparisons.

“Cost support package number four will definitely arrive. The need for help is still great. I’m afraid this will be overlooked in the excitement of the exit,” Kuismanen told Kauppalehti.

Jyväskylä’s Keskisuomalainen publishes a report by the Uutissuomalainen press group indicating that the Prime Minister’s Office refused to do public email correspondence regarding a social media analysis published by the NATO Center of Excellence for Strategic Communication ( StratCom).

The report, released in March, indicated that the Finnish coalition government was the subject of a constant campaign of hate speech on social media. He said the five most affected ministers are women and are the target of a massive and hostile attack that challenges their values, decision-making and leadership qualities.

The Uutissuomalainen press group has requested email exchanges between the Prime Minister’s office and StratCom for the period January 1, 2019 to March 18, 2021.

The request was filed amid speculation that the Prime Minister’s Office was involved in the StratCom investigation.

According to Toivanen, the e-mails in question are “documents prepared for the internal work of the authorities” and “informal e-mails”, which do not need to be archived and are not subject to the transparency law. government activities.

Tomi Voutilainen, A professor of public law at the University of Eastern Finland, told Uutissuomalainen that it is not possible to assess the legality of maintaining the classification of correspondence without actually seeing the content of the emails. He added, however, that technological advances have made the law on opening up government activities obsolete and it is currently under review.

Tampere’s Aamulehti is among newspapers warning readers that spring weather conditions in recent days are expected to change on Friday and roads could be slippery and dangerous as snow, sleet and rain are forecast for large parts of the country .

Hannu valta of the Finnish Meteorological Institute told the newspaper that drivers who have already switched to summer tires should consider alternative means of transportation. If it is absolutely necessary to use your own car in areas with slippery roads, Valta suggested paying special attention to the safety distance in traffic or reverting to winter tires.

Sunny spring days interspersed with snowstorms, he said, are typical of the first half of April in Finland. Significantly warmer weather previously in the forecast for next week now seems unlikely, and temperatures will likely stay in the 5 ° C to 10 ° C range.