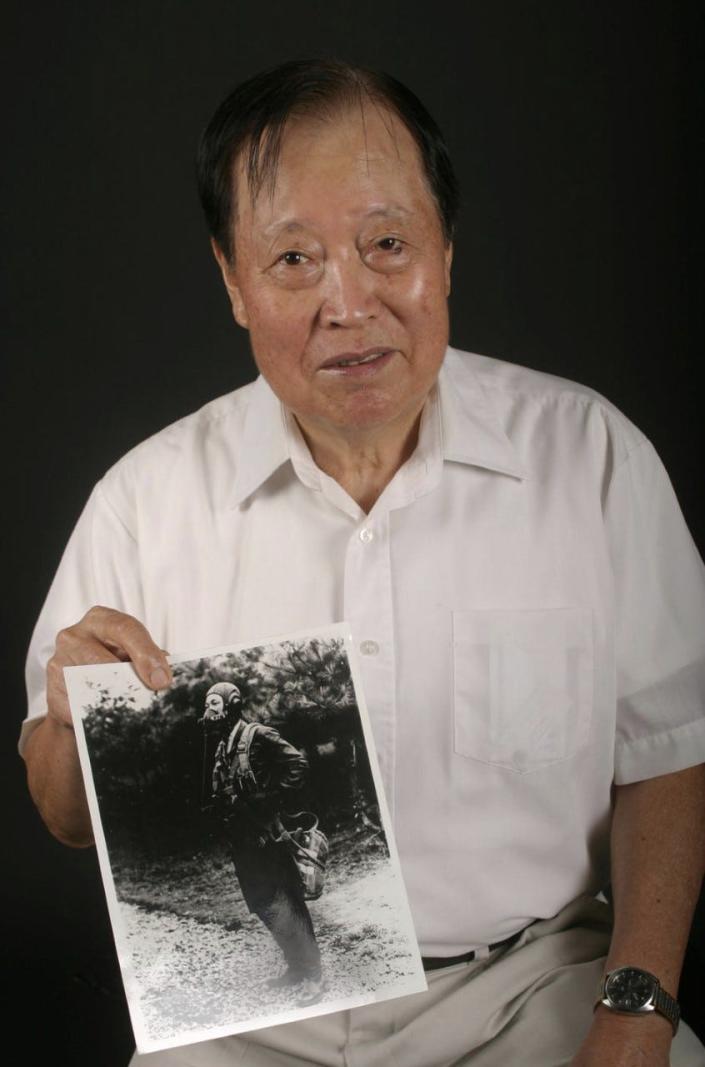 DAYTONA BEACH − No Kum-Sok’s dramatic escape from North Korea by flying his MiG-15 fighter jet to a US air base in South Korea in 1953 made him an international celebrity.

Eventually, he shook hands with Vice President Richard Nixon and explained how his Soviet-built fighter jet worked to legendary American test pilots Chuck Yeager and Tom Collins, and appeared on television shows including “To Tell the Truth” and ” Today’. He also often spoke on Voice of America radio broadcasts.

But after moving his family to Daytona Beach in 1983, No Kum-Sok, who changed his name to Kenneth Rowe, enjoyed a quiet life as a professor at Embry-Riddle Aeronautical University. He taught aircraft engineering for 17 years until his retirement and then remained in the area with his wife Clara.

Rowe died on Dec. 26 at his Daytona Beach home surrounded by family, just a few weeks before his 91st birthday.

“He seemed to really like Daytona Beach,” said his daughter Bonnie Rowe. “He liked the warm weather and he liked the people.”

‘Wanted to be an ordinary American’

Kenneth Rowe’s paid obituary in The Daytona Beach News-Journal made international headlines again, including articles in both The New York Times and the Washington Post.

“He didn’t want to be a celebrity,” said Bonnie Rowe. “He wanted to be an ordinary American.”

Retired Embry-Riddle professor Bob Oxley remembers his former colleague as “a sincere man. He was open and honest. He championed the kind of values ​​Americans are supposed to have: freedom of speech and tolerance of other points of view.”

Laksh Narayanaswami currently teaches aerospace engineering at Embry-Riddle, where he has been a professor since the late 1980s. He remembers Rowe most for his humor. “He laughed a lot. He was sober.”

Kenneth Rowe recounted his life story in a 1996 autobiography titled “A MiG-15 to Freedom”, which he co-wrote with another Embry-Riddle professor, the late J. Roger Osterholm. His escape was also the subject of another book, “The Great Leader and the Fighter Pilot” by Blaine Harden (2015).

Born during the Japanese occupation

Rowe was born on January 10, 1932 in a small town in North Korea during the Japanese occupation. His father worked for a Japanese company that built and operated power plants and railways. His mother was a housewife. Both saw the United States as a utopia and beacon of freedom and disbelieved in characterizations of Americans as evil enemies pushed first by the Japanese and then by the communists who took over after World War II.

Bonnie Rowe said her father shared his parents’ views. “He was very critical of the communist system. He saw that it was not serving the common man,” she said.

His father’s death from cancer in 1949 left Kenneth Rowe and his mother impoverished. “He ended up joining the army to eat,” Bonnie Rowe said.

At the age of 17, Kenneth Rowe began training at the North Korean Naval Academy, but found the experience grueling and unbearably harsh. Cadets were fed meager meals. He jumped at the chance to become a cadet in the Air Force because he saw it as an opportunity for a better life and better food.

“He thought to fly a plane you have to be very fit, which meant they fed you better,” said Bonnie Rowe.

See also  Commentary: Cell novels and stolen cans in the office pantry - is it ever okay to date a co-worker?

Kenneth Rowe became a highly decorated fighter pilot during the Korean War. He flew over 100 missions and earned the rank of lieutenant. But he never actually shot at Americans. “He liked just flying around and not participating in actual fights,” said Bonnie Rowe.

Kenneth Rowe wrote that as a fighter pilot he was afraid he “might be forced to kill one of my beloved Americans”. Instead, he resorted to firing his jet’s cannon “too far away to hit anything (because) I didn’t want to hit anything”.

The ruse worked. “Articles about my flying skills and my commitment to communism, along with my photograph, appeared in Red magazines and newspapers,” he wrote. “All this time I was living a giant lie.”

When the armistice was signed on July 27, 1953 to end the fighting, Kenneth Rowe saw it as his chance to finally sprint for freedom.

Ordered to test a new runway from a North Korean air base on the morning of September 21, Rowe initially flew his MiG-15 as instructed, but instead of turning back, abruptly veered toward South Korea.

Kenneth Rowe wrote that he knew there was a good chance he would be shot. Fortunately, he caught the Americans off guard and landed safely at Kimpo Air Base – but only after nearly colliding with a US fighter jet that was taking off from the same runway at the same time.

“I took off my oxygen mask and breathed free air for the first time in my life,” he wrote. “I jumped to the ground. Then I threw the photo frame (with a picture of North Korean dictator Kim Il-Sung) at the concrete platform to destroy it.”

Rowe was surprised to learn that a US general had previously publicly offered a $100,000 reward to the first North Korean defector who could deliver an intact MiG fighter jet to the US.

Rowe said he was unaware of the offer but was happy to accept the reward money.

See also  Another scorching heat for KZN tomorrow, but cooler conditions are expected from Wednesday

The Washington Post reported that Air Force Major Donald Nichols praised Harden Rowe’s book as an invaluable source of information about the military operations and capabilities of the North Koreans, Russians, and Chinese alike. “He was able to recall air units, personnel strength, structure, and the number of aircraft assigned to the respective units,” Nichols told the author.

ANSWERING THE RALLY CALL: The community is taking action to help the Korean War veteran in need

‘Incorrect to say I have defected’

Rowe was shocked to be labeled a defector. “It is incorrect to say that I defected from the North Korean communist regime because I had never been a communist at heart and therefore I could not have defected from an ideology in which I had never believed,” he wrote in his memoirs. He preferred to be called “a North Korean pilot who sought freedom in the United States since childhood.”

Rowe moved to the United States in 1954, where he received an engineering degree from the University of Delaware. After graduating, he embarked on a career with “15 of the largest companies”, including DuPont, Boeing, General Motors, General Electric, Grumman, Lockheed and Westinghouse.

Bonnie Rowe said she once asked her father why he kept changing jobs and moving the family. “He said, ‘This is a big country and I want to see every part of it.’ He didn’t want to be oppressed. He wanted to go to a country where people could live freely. He wasn’t ashamed to be Korean, but he was proud to be American.”

Kenneth Rowe became an American citizen in 1962. He also changed his name to one that he thought sounded more American. Rowe was a spelling way of how his original surname No was pronounced in Korean. He chose Kenneth as a first name because it started with a K like Kum-Sok. “He wanted to fit in,” said his daughter.

Rowe married Clara Kim, who was also originally from North Korea, in 1960. In addition to his daughter and wife, he leaves behind a son Raymond and grandson Ben. The family followed Rowe’s wishes by celebrating his life in private.

“Embry-Riddle Aeronautical University was honored to have a famous American patriot on our faculty,” said P. Barry Butler, the university’s president. “By fleeing North Korea and delivering an intact MiG-15bis fighter jet to the United States Air Force in 1953, former Lieutenant No Kum-Sok served the United States well. As a teacher, Professor Kenneth Rowe also served our students well. He will be fondly remembered by all who knew him.”

Rowe’s MiG-15 is on display at the National Museum of the US Air Force in Dayton, Ohio.