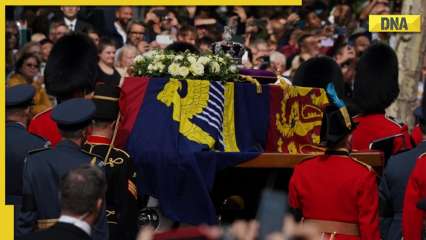 The people of the UK will commemorate the glorious life and legacy of Queen Elizabeth II at her state funeral on Monday. The Queen’s funeral is the UK’s first state funeral since that of Winston Churchill in 1965. A state funeral means that the British government has officially declared the day of the funeral a public holiday.

For the funeral, many guests ranging from political leaders of countries to various royal relatives and dignitaries from around the world will fly to the UK.

The funeral will be held at Westminster Abbey – the same church where Prince Williams and Kate Middleton’s wedding took place. While the official guest list hasn’t been released yet, here are some of the names expected to attend the funeral.

1. Members of the Royal Family

Most of the Queen’s family is expected to attend. According to the New York Post, the list includes the Queen’s closest relatives, such as King Charles III and Queen Consort Camilla Parker Bowles, Prince Harry and Meghan Markle, Prince William and Kate Middleton, Queen Daughter Princess Anne and Sir Timothy Laurence, Prince Andrew and Sarah, and Prince Edward and Sophie.

READ | Death of Queen Elizabeth II: What is the Royal Vault? Know which members of the royal family are buried there

Led by British Prime Minister Liz Truss, senior members of the British government will be in attendance.

READ | What is Samarkand, which Prime Minister Modi reached for SCO Summit 2022, famous for?

The New York Post also reports that royal families from all over Europe have been invited. The list includes King Philippe and Queen Mathilde of Belgium, King Willem-Alexander and Queen Maxima of the Netherlands, King Felipe VI and Queen Letitia of Spain, King Carl Gustaf and Queen Silvia of Sweden, and Prince Albert and Princess Charlene of Monaco.

Speaking of who has confirmed their presence so far, Indian President Draupadi Murmu will be in the UK for the funeral between 17 and 19 September. French President Emanuel Macaron has also confirmed his visit to the UK. From Nepal, their Foreign Minister Narayan Khadka will be in attendance and from Sri Lanka President Renil Wickremesinghe will fly to the UK to attend the funeral.