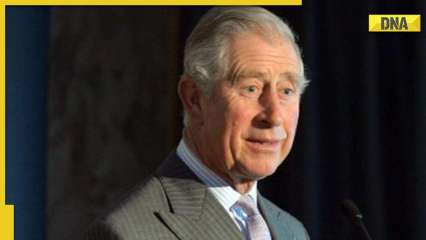 Queen Elizabeth II died on September 8 at the age of 96 in Scotland and Buckingham Palace announced that Britain’s longest-running monarch has passed away peacefully. Now Prince Charles is all set to take over the throne.

Prince Charles III will be officially proclaimed King of Great Britain tomorrow, Saturday, according to UKTN reports. Prince Charles had traveled to Scotland yesterday to be at the side of the Queen and is now returning to London to take over formal responsibility.

As per the official succession policy, Prince Charles officially became Britain’s new monarch upon the death of Queen Elizabeth, ending her 70-year reign on the throne. Elizabeth II was the country’s longest-running monarch, surpassing her father.

Prince Charles has traveled to London to meet newly appointed Prime Minister Liz Truss and discuss official duties. He will also give his first speech as the new king, according to Indian time on Friday at 10.30 pm.

According to UKTN reports, Prince Charles will decide the length of the royal family’s mourning period, which is expected to last a month, while the British government will observe 10 days of official commemoration when limited business is done.

Furthermore, news reports have stated that Queen Elizabeth II’s funeral will take place on September 19, with extensive planning and a tight schedule. The funeral processions will also be followed by the national media and broadcast live.

The plan for Queen Elizabeth’s funeral had been planned down to the last minute for decades, according to the London Bridge is Down protocol. After the funeral procession, the Queen is buried next to her husband Prince Philip and her father King George.

Queen Elizabeth II was Britain’s longest-running monarch, with over 70 years of service. Elizabeth was also queen of Canada, Australia and New Zealand, among others.

(With input from agencies)