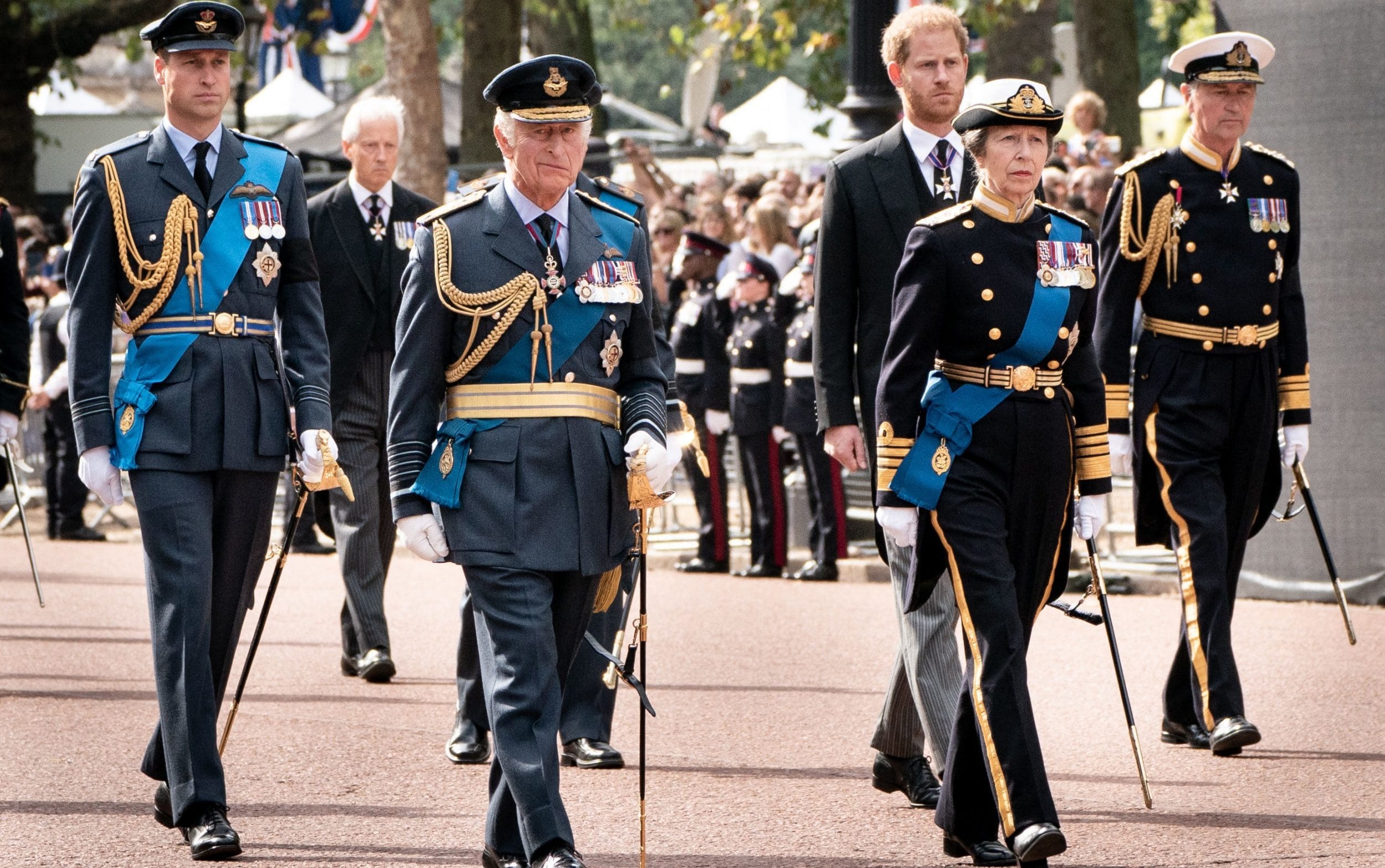 The route will be lined by the armed forces from Westminster Abbey to the top of Constitution Hill at the Commonwealth Memorial Gates.

The procession consists of seven groups, each supported by a service band. Mounties from the Royal Canadian Mounted Police will lead the way, followed immediately by representatives from the Royal Ulster Constabulary, NHS, along with detachments from the Commonwealth Armed Forces.

At Wellington Arch, the Royal Family will watch as the Queen’s casket is transferred to the new state hearse, details of which have been approved by the Queen, before it embarks on its journey to Windsor Castle.

Windsor procession: who is behind the coffin?

The Earl Marshal said that at 3:06 pm the state hearse will approach Shaw Farm Gate on Albert Road, Windsor and join the procession that will be in position.