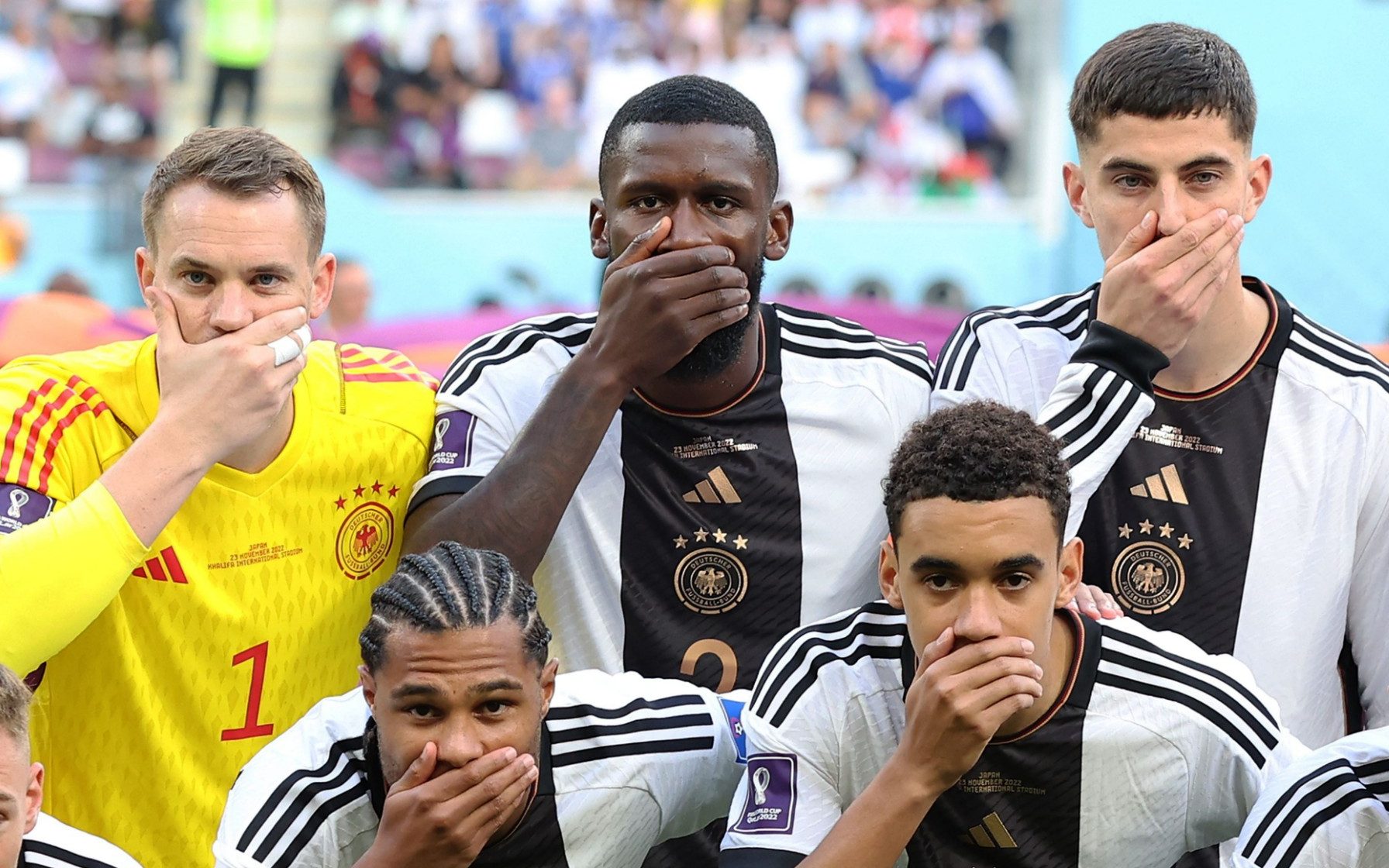 Gareth Southgate says he won’t get caught up in a competition to signal virtue during the World Cup and can handle any criticism that comes his way.

The Football Association abandoned plans to have captain Harry Kane wear a OneLove bracelet against Iran after FIFA threatened sporting sanctions against the countries involved.

Southgate feared Kane or even his entire team would have been prevented from taking the field against Iran had they ignored FIFA’s threat.

There is now pressure for England to come up with a new form of protest, especially after the German players responded to FIFA’s intervention by covering their mouths over their defeat to Japan. If they do, it will be in contrast to Wales, who have said they will not protest their play with Iran, while manager Rob Page suggested that in retrospect the Germans wish they had focused entirely on football.

The England players will discuss the matter ahead of Friday night’s game against the United States, but Southgate insisted he and his side will not be forced into an act of virtue to appease their critics.

‘We could rush things that don’t make a difference’

“I saw the Danish coach talking after their game and he felt he didn’t have enough bandwidth to deal with football,” said Southgate. “I think that’s the risk we all run. I’m quite comfortable with our position and I think we need to be confident in what we’re facing. What we think we can influence.

“There was a plan [before Iran], we could not execute. What do we do now? We’re all trying to outdo each other with a gesture that actually… no matter how we do it probably won’t be enough. Probably could be criticized.

“Are we making a better video than Australia? That would be difficult as it was brilliantly done. Should we come up with a better gesture than Germany?

“We particularly want to support the LGBTQ community and recognize that many of those people are not here with us, and we wanted them here with us.

“But we can also rush into things that don’t land well and don’t really make a difference and take a lot of time and energy away from where we need to be right now.

“I understand that this will be uncomfortable for people because I could be criticized, the captain has been criticized, the organization will be criticized. I’m probably more used to this than everyone else, honestly, so it has less of an impact on me.

“I am very comfortable with what I stand for and how I interact with people every day of my life is more important than a statement that may land well and may not.

“I’m going to try to reflect things for the next, hopefully, 30 years of my life, and of course there’s a point where you hope to highlight things, but the fact that we’re still talking about it does. So we don’t refuse to answer questions, but I think we have to be careful not to be seen as trying to do something.”

‘We want to make people aware of how we feel’

England will continue to kneel before kick-off for every World Cup match. Defender John Stones reiterated Southgate’s point that they would not try to copy other teams’ protests.

See also  England vs Senegal: where the last 16 draw is won and lost

“I’ll know for sure in our meeting tonight [Thursday], we’ll talk about things like this,” Stones said. “We don’t want to get carried away by what other people are doing.

“We want to stay true to our own values, but at the same time we want to be heard and aware of how we feel. We want to convey everyone’s opinion in the right way. I feel like right now it’s really hard to do that without disrupting people’s rules or whatever. There’s a very fine line with all of this and so far we’re trying to stick to our values ​​and what we believe in as a team to make sure we don’t get knocked over.

“We are so privileged to be able to make an impact in these kinds of ways. It’s literally a little conversation about something tonight and we all have the same opinion about it which we do pretty much every time so I think we’ll take it from there and see what happens tomorrow [Friday].”