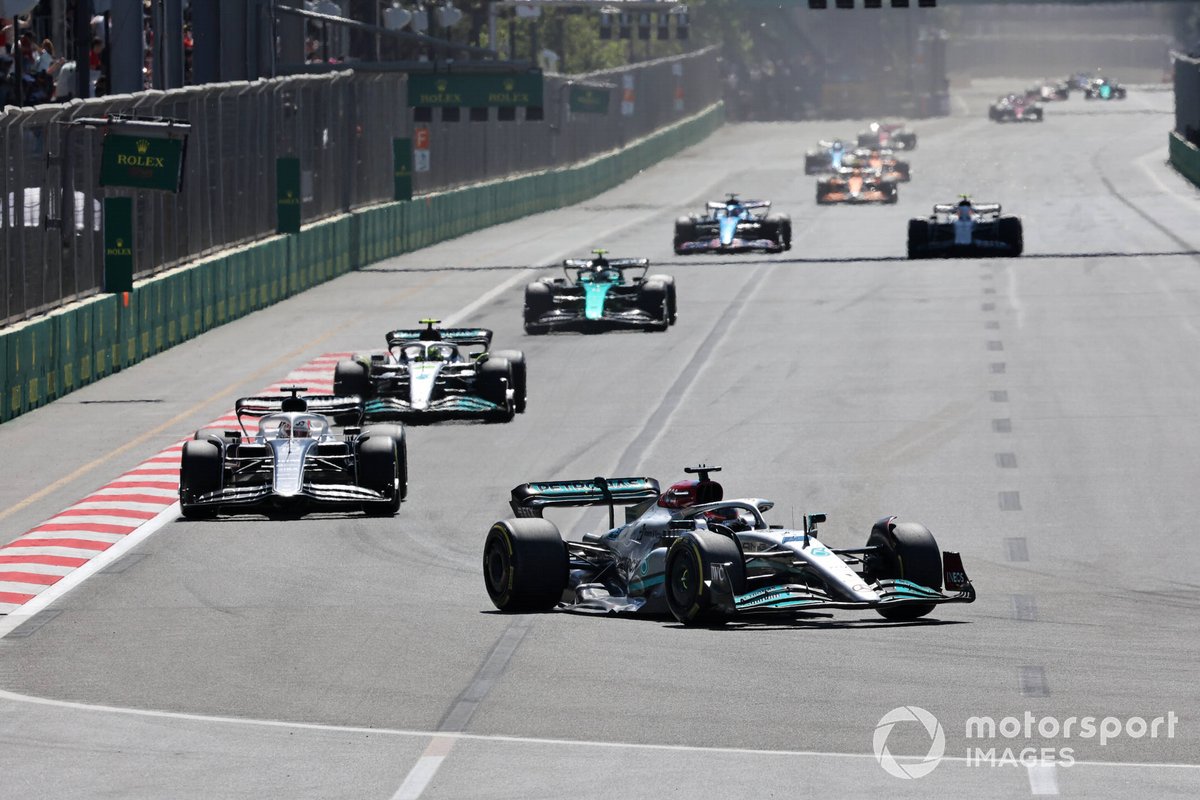 Ahead of this weekend’s Canadian Grand Prix in Montreal, the FIA ​​has issued a technical directive to teams to address the ongoing porpoising issue amid safety concerns raised by a number of drivers.

The FIA ​​is expected to focus on data collection this weekend, but will seek to enforce a porpoise quantity threshold to prevent drivers encountering the kind of discomfort many are facing in Baku, where the problem has reached its worst. level to date.

Mercedes drivers George Russell and Lewis Hamilton have been among the most vocal about the safety issue surrounding porpoising, having struggled for pace against Ferrari and Red Bull at the front of the field this year due to the ongoing problem with his car.

But some paddock figures have been more cynical about safety complaints, including Red Bull boss Christian Horner, who suggested it would be unfair to penalize teams that don’t struggle with porpoising in changing the rules.

Speaking in Montreal on Thursday, Gasly – who warned in Baku that drivers would need a cane to walk at 30 if the problem is not resolved – said they were “putting aside the interest of any team or any car” and that the porpoising was “clearly too much”.

“You can’t even realize what it is, just watching from the edges or looking from the outside,” Gasly said.

“I’m just happy that they understood that this is a serious subject for all of us in the future. We’re not here just to complain just because we want to complain about something, we don’t is not like that.

“We all love the sport as it is. We’re all trying to make it a better place and move it forward.

“It’s just a concern for our health, all of us before we even link it to performance, just putting all performance aside.”

The short-term impact of setting a limit for porpoising would hurt teams the most, as it would force them to increase the ride height of their cars to limit the problem, which would impact their performance.

But Gasly felt any impact on the pecking order “is going to be minimal”.

“I think we’re talking, there are things that could be changed that would affect a very, very small part of the performance of everybody’s cars,” he said.

Haas F1 boss Gunther Steiner acknowledged the cynicism teams might have about major rule changes mid-season, but hoped the analysis and data collection planned by the FIA ​​would provide answers.

“We have to measure what it actually is,” Steiner said.

“I think some cars are pretty bad, but there is a solution: just increase the ride height. But then you go slow – and who wants to go slow?

“I don’t know how many years, when in the middle of the season we had a tire change, something like that, you basically change it, you can completely change the pecking order again.

“Is that really fair? No. They use because of the safety factor. Yes it is a safety factor, but it could also be addressed if it is too dangerous, just raise the ride height.

“I think the measure of that is finding a path where it’s dangerous without changing the regulations, finding the limit of something, saying if you’re above that threshold… I don’t know what sanction you could give.

“I have no idea and I haven’t looked into it. To see a little in the next few days.

BT workers to strike for first time since Thatcher privatization