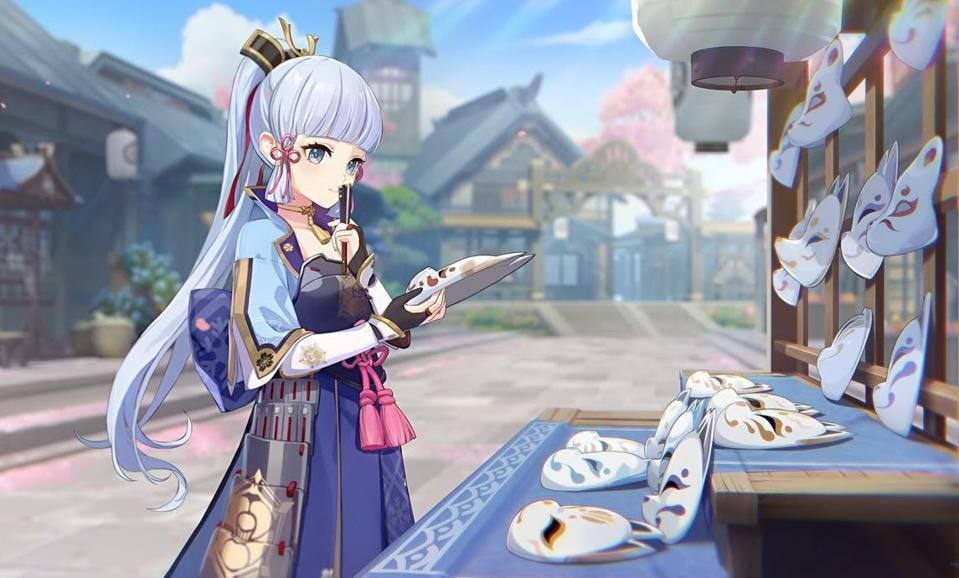 And with that, a new hero welcomes us to Inazuma. Ayaka has been in the Genshin Impact popular consciousness since the alpha, but now she’s playable in the full game, scoring the new region’s first 5-star character and a great Cryo DPS to boot. I have a feeling a lot of people will shoot for it, especially considering that exploring a new area lets you play with a big stack of Primogens. If you’re lucky enough to catch the new character, here’s how to set it up.

As a Cryo DPS, you can’t go wrong with Blizzard Strayer. It offers direct bonuses for damage and Cryo interactions. However, it does require that you have a Hydro character in the mix to get the most out of it. If you want to mix things up, make 2 pieces of Strayer and 2 pieces of Gladiator’s final, Earning you a simple + 18% for attacking with this Cryo bonus.

Another good option would be 2 pieces of Snow storm Wandering and 2 pieces of the new Emblem of Broken Fate, also obtaining an additional energy recharge.

For the sub-stats, you’ll need an energy recharge, cryogenic damage, and then some sort of attack or crit bonus.

Other than that, any old 5 star will do, especially Primal Jade Cutter, which is a solid DPS sword. In the kingdom of 4 stars, opt for Black Sword or the forgeable Prototype of resentment.