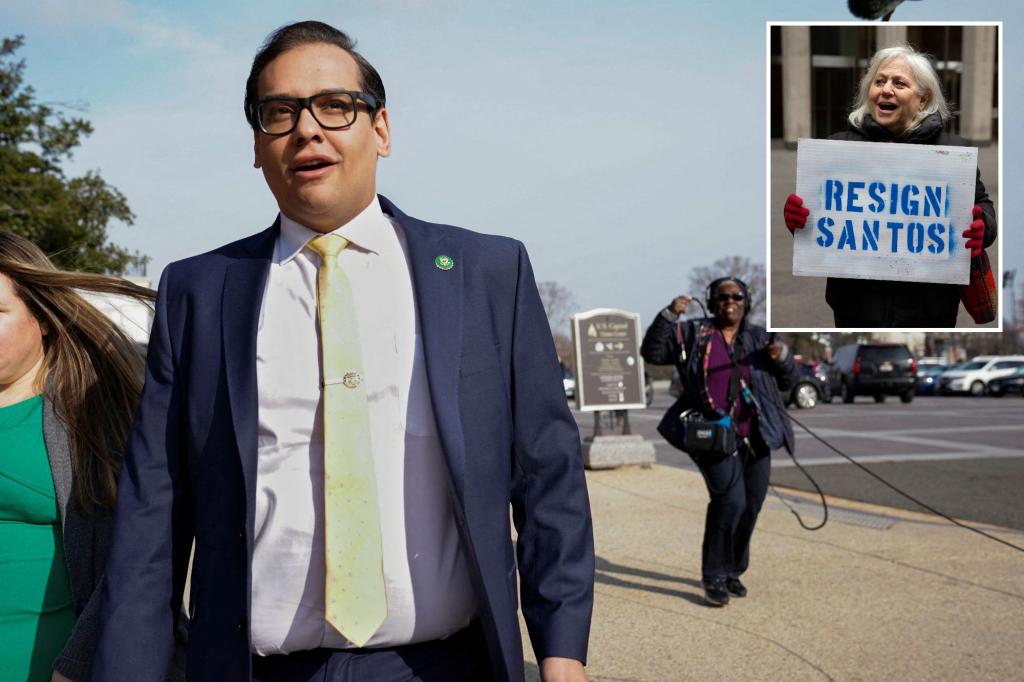 Dismissed by President Biden, Rep. George Santos turned down a White House invitation on Tuesday for all first-term lawmakers to meet with the 80-year-old commander in chief.

Santos (R-NY) was not on the White House’s list of attendees for the East Room reception, according to the Hill, and his office told Newsday that the disgraced lawmaker would skip the event.

White House Press Secretary Karine Jean-Pierre said Tuesday that Santos, like all new members, has been invited to the biennial event.

The freshman legislator representing New York’s 3rd Congressional District has come under fire after a web of lies about his background was unraveled in December after winning his midterm election race.

See also  "It's a Day of Love": Hundreds gather in Powderhorn Park to reflect on Dr. Martin Luther King Jr.

Santos, 34, admitted to The Post last month that he lied about his education, work history, religion and details of his personal life. $55,000 as recent as 2020.

House Speaker Kevin McCarthy (R-Calif.) said Tuesday that the Long Island Republican will be removed from Congress if the House Ethics Committee finds he has broken the law.

“If we go through Ethics in any way and he broke the law, then we will remove him,” McCarthy told reporters.

“In protest, I will not be attending President Biden’s gathering of Freshman House members at the White House this week. Although the president told “60 Minutes” four months ago that the pandemic is over, today the White House is enforcing arbitrary, outdated and unscientific pandemic protocols on members of Congress who reject the president’s invitation to see him in the White House. meeting,” LaLota said in a statement.

See also  Move Over Moses and Zoroaster: Manhattan has a new female legislator

The White House required attendees to test negative 24 hours prior to visiting the White House and also show proof of vaccination or submit to masking.