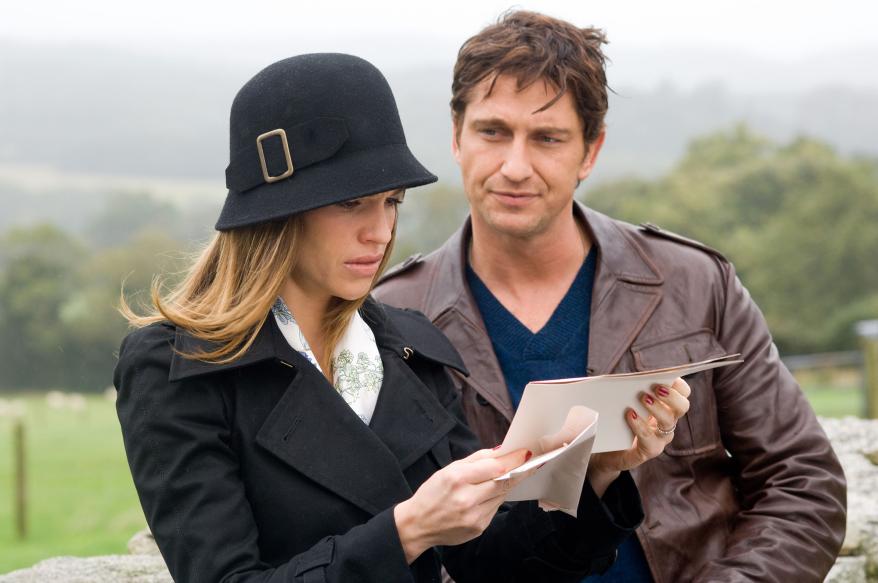 Gerard Butler recalled the moment he “almost killed” Hilary Swank on the set of “PS I Love You” in 2007.

Butler said on “The Drew Barrymore Show” on Tuesday that Swank was injured while working on a scene where he danced “like an idiot” in boxer shorts and a pair of suspenders.

While Butler’s character, Gerry Kennedy, was supposed to be hit in the face with a suspender clip while undressing, the metal clasp “smacked” Swank’s head instead.

Butler called the accessory “so dangerous”, noting that the camera crew had “plastic fronts to protect themselves” from the flying metal.

After the accident, the studio emptied “in three seconds”, leaving Butler crying in his boxers.

“I signed Hilary Swank. I almost watched her out, and I made a fool of myself for two days,” said the “300” star, calling his former co-star a “great” person to work with.

In February 2020, news broke that a “PS I Love You” sequel is on the way, but Swank and the other stars of the beloved movie – Lisa Kudrow, Kathy Bates, and Harry Connick Jr. – have not commented on their participation in the sequel. .

Butler, for his part, did not discuss the project’s progress on Tuesday.

In March 2016, the Scottish producer joked to The Sun that he had no intention of ever using his character’s Irish accent again, sarcastically referring to “all those great reviews and glorious feedback” he received.

He added, “I ticked that box.”

As for Swank, the pregnant ‘Alaska Daily’ star is busy awaiting the arrival of her and Philip Schneider’s twins.

The mom-to-be told Page Six earlier this month that she feels “excellent” in her third trimester.