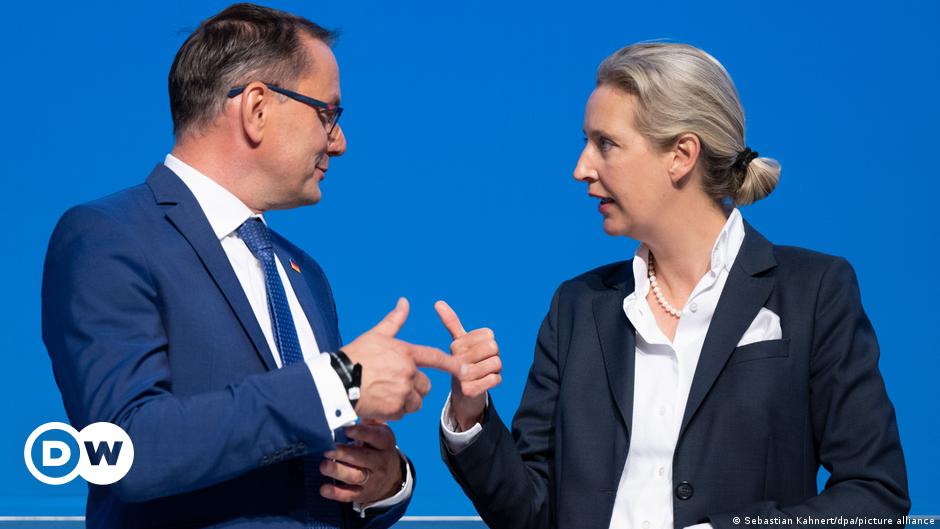 The German Alternative for Germany (AfD) party re-elected Tino Chrupalla as party leader on Saturday at a conference in the eastern state of Saxony.

The 47-year-old fended off his slightly more moderate rival Norbert Kleinwächter, securing 53.45% of the vote.

In his candidacy speech to delegates, Chrupalla claimed that factions within the party were trying to silence him with “sneaky” attacks.

“I’m the federal spokesperson for the base, and if I’m attacked it’s only because the base needs to be silenced,” he said. “I will not allow this.”

“Voters will not give their vote to a party that presents an image of divisiveness,” he said, calling for an emphasis on stability.

His opponent, Kleinwächter, had campaigned for a separation of the presidencies of parties and parliamentary groups, and a more professional image.

Chrupalla has led the party since November 2019.

This is a developing story and will be updated.