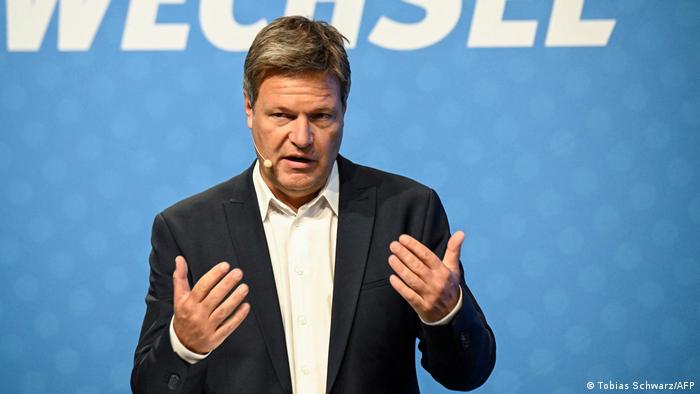 German Economy Minister Robert Habeck has decided to empower German antitrust authorities to take disproportionate profits from companies that agree on prices on the markets.

The plans, unveiled on the ministry’s website on Sunday, include measures to both dismantle cartel-like structures, skim off excess profits made from cartels and expand investigations.

The move follows growing criticism of government attempts to cut petrol prices for German motorists. Gas prices in Germany, like everywhere else, have risen dramatically since the start of Russia’s war on Ukraine, with the Big Five (Shell, BP-Aral, Esso, Jet and Total) raising them alongside the with each other. The German government slashed gasoline and diesel taxes for three months from June 1, but analysis – and plenty of anecdotal evidence on social media – suggests prices haven’t really come down.

Help the oil companies, not the drivers

In theory, the three-month tax cut should have reduced prices at petrol stations by up to €0.35 ($0.37) per litre, costing the German taxpayer around €3 billion. But that certainly did not happen. Many critics, including Habeck, have accused Germany’s big oil companies of simply pocketing a tax-funded windfall.

Estimates vary, but Germany’s economy minister estimates that half of the savings are passed on to consumers, while an economist, Johannes Schwanitz, of the FH University of Applied Sciences in Münster, has calculated that oil companies keep more than two-thirds of the tax relief for themselves.

According to an analysis provided for the Welt am Sonntag newspaper, Schwanitz calculated that only 10 cents of the 35-cent savings on E5 gasoline goes to drivers at the pump. Oil companies are making hundreds of millions of euros in extra profits, the economist said.

Two parties in the government coalition – Habeck’s Green Party and the Free Democrats led by Finance Minister Christian Lindner – have since accused each other of what is now widely seen as a bad idea in the first place, with Habeck now taking advantage of the opportunity to present its antitrust reforms.

The main point of Habeck’s plan is to allow authorities to intervene in markets dominated by a few large companies even if there is no violation of competition law. Proving that high fuel prices were agreed between companies has always been nearly impossible, as companies can simply work in parallel, copying prices from each other, the ministry said. By heightening the threat of company breakups – even if only as a last resort – the ministry hopes that the relatively few companies in the fuel market will be forced to compete.

Michael Bergmann, an antitrust expert at Berlin-based law firm Raue, said the implication of this measure is quite drastic: “Decartelization would mean, ‘We’re going to take Esso, for example, and force them to sell some of their gas stations,” he told UKTN. But whereas until now this sanction could only be used in the event of an antitrust violation, Habeck’s initiative amounts in fact to sanctioning a company simply to be too successful in a market with too little competition.

The problem is: how would this work in practice? On the one hand: which of the big players dominating a market should sell? And to whom? And how can we know if the market has become too uncompetitive? “These are incredibly difficult questions that the Ministry of Economy is also asking itself now,” Bergmann said. “I don’t know how it’s supposed to work.”

There would also likely be legal challenges to any attempts by authorities to use its sanctions, as the law guarantees a business’s right to grow and property rights are protected by the Basic Law, the German constitution.

Another main point of Habeck’s plan is to reduce legal obstacles that allow antitrust authorities to skim off excess profits. Until now, the ministry said, such a move required complex and resource-intensive analyzes of a company’s finances and evidence that the law had already been broken – hurdles that so far have never been met. crossed. The ministry hopes that the lowering of burden of proof requirements will send a signal to markets and force companies to preemptively ensure that they are not breaking the law.

Take on the big guns

The third part of Habeck’s plan is to give more force to sector investigations, allowing antitrust authorities to adapt new regulations directly from these investigations. Again, the idea is to introduce new rules even if a violation of the law has not yet been proven.

Civil society watchdogs have welcomed the ministry’s initiative. “We need more precise instruments for the federal competition authority as soon as possible so that the oil industry cannot abuse its market power and make excessive profits,” said Max Bank, a portfolio manager. LobbyControl’s word to UKTN in a statement.

He also warned that in several key industries – including food, agriculture, finance and internet platforms – too few companies control too much of the market. Bank said tougher cartel policy was “not just good for consumers. It’s good and important for democracy.”

But Bergmann suspects that once the ramifications of Habeck’s initiative work their way into a real bill, the minister’s bark will prove worse than his bite. “The ministry has come a long way,” he said. “I guess we won’t see a law as drastic as what has been presented here.”

In fact, that may have been the point: “I read this as a threat aimed specifically at the oil sector, and less as a political statement from Habeck that we need to reform the whole antitrust law and open up the markets,” he said. “I think that has to be understood as a threat: ‘If you don’t lower prices, we’ll start thinking about decartelization, and you’re the first sector we’re targeting. “”

While You’re Here: Every Tuesday, UKTN editors round up what’s happening in German politics and society. You can sign up for the weekly Berlin Briefing email newsletter here.