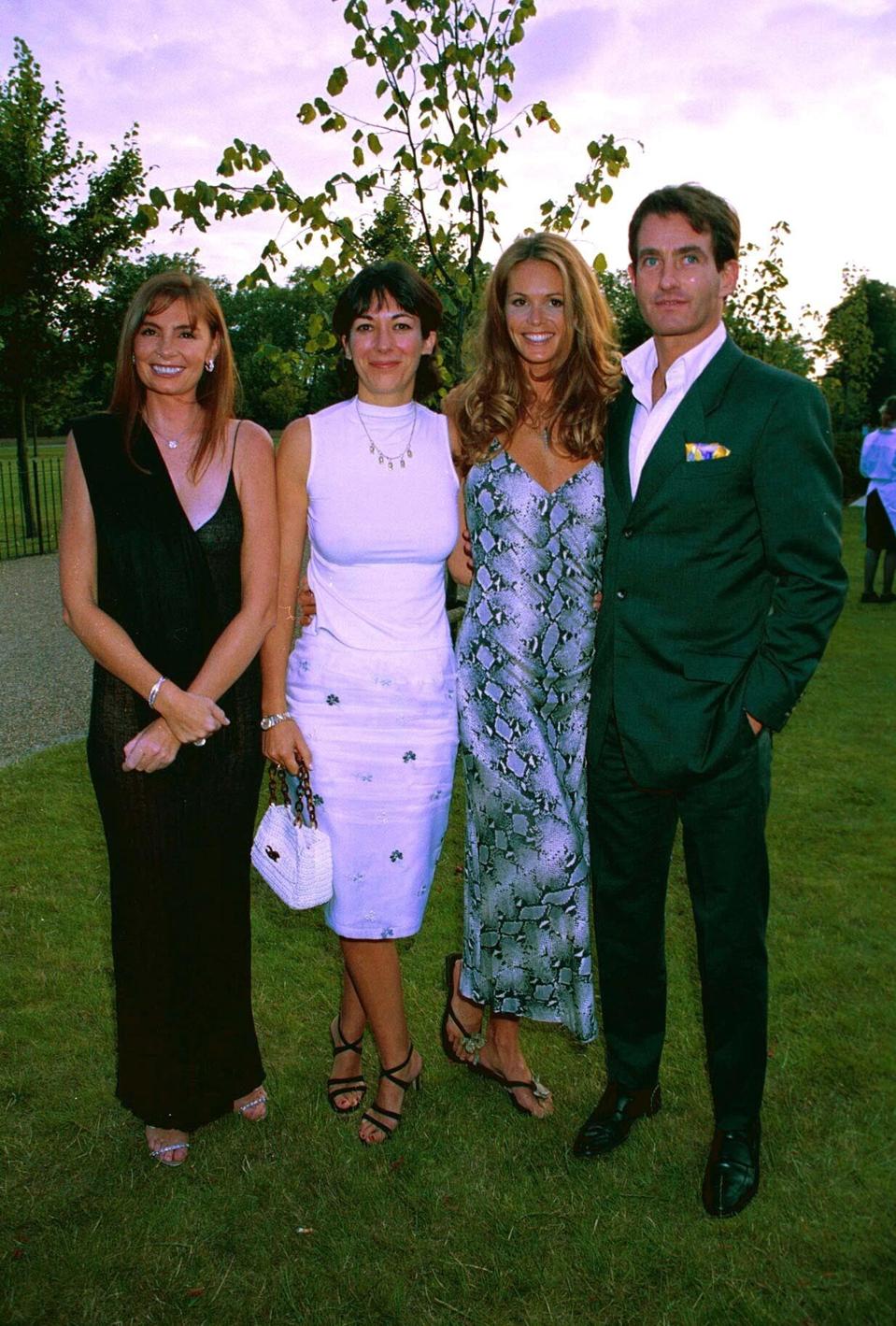 Ghislaine Maxwell has had a difficult winter. In January and February of this year, her lawyers filed serial motions to dismiss some or all of the charges against her that have yet to be concluded. For her part, prosecutors in the Southern District of New York have been working hard to gather evidence to broaden the scope of the case she faces at the trial, which is still expected to begin in Manhattan on July 12. The indictment of the British socialite, pictured above during a fundraiser in London in 1999, was released on March 29.

Specifically, federal attorneys extended the length of his criminal activity by seven years, until 2004 from 1997, and, based on evidence from a new witness, added two significant new charges, the first, conspiracy to sex trafficking (with Jeffrey Epstein), and the second, sex trafficking of a minor. Both counts are based on government evidence obtained from an alleged victim designated by prosecutors as “minor victim-4”. In other words, the new charges do more than just increase the number of charges she faces by a third. The indictment now brings to four the number of underage women the government has found who claim to have been recruited by Ghislaine Maxwell for the subsequent exploitation of Jeffrey Epstein.

Maxwell’s attorneys have yet to respond, but the increased time frame within which his alleged criminal behavior occurred and the existence of a minor victim-4, who was allegedly recruited by Maxwell at the age of fourteen, presents Maxwell and his legal team with another direct. an accusation of enormous gravity with which they must struggle. As first submitted in the summer of 2020, the indictment presented Team Maxwell with a very complex, multi-pronged fight. Now that will be superimposed, presumably, on a credible young witness of the time who allegedly suffered serial abuse from Epstein and Maxwell in his early teens. Suffice it to say that any jury would be moved to hear testimony like this.

Unlike that of Virginia Roberts-Giuffre, whose testimony is not included in the trial, the account of minor victim-4 does not include domestic or international travel, but that, according to the indictment, was only because she refused Ghislaine’s invitation. Maxwell to help him get a passport.

For her part in the further investigation into Epstein, American lawyer Denise George has not finished with her assessment of Epstein’s numerous flight logs to and from the United States Virgin Islands, in whose jurisdiction Little Saint James, Epstein’s private island, falls. What this means for Prince Andrew and many other inhabitants of Epstein’s “ little black book ” who visited Little Saint James at Epstein’s invitation, remains to be seen.

Despite this unresolved logbook investigation, the increased pre-trial federal pressure on good friend Ghislaine Maxwell means Andrew’s difficulties finding ways to delay cooperation with U.S. prosecutors will increase, not decrease. Prosecutors for the Southern District of New York have also announced that they will present at the Maxwell trial evidence from their investigation of Epstein, himself, which includes the statements of more than 250 additional extraordinary witnesses who, as in the investigation of the Virgin Islands, will include service personnel.

In short, in addition to the direct and harsh accusations in the amended March 29 indictment, Ghislaine Maxwell’s prosecutors literally bring a mountain of circumstantial evidence that puts her firmly at the center of Epstein’s operations. This will increase the likelihood that Andrew’s presence at such and such Epstein place or event will be reported, for example, at the dinner held in his honor at Epstein’s mansion in 2010, attended by, among other inhabitants of the book. Black from Epstein, Woody Allen, Katie Couric, disgraced former broadcaster Charlie Rose and political scientist George Stephanopolous.

The indictment raised the question of whether Ghislaine Maxwell’s defense team would have time to prepare to fight these additional charges by the start of proceedings on July 12. Clearly, by releasing the amended indictment more than 90 days before this hearing date, the government is of the view that more than three months is sufficient. In light of their failed attempts – to date – to defeat the charges against their historic client, it is likely that Ms Maxwell’s lawyers will argue differently on this point.