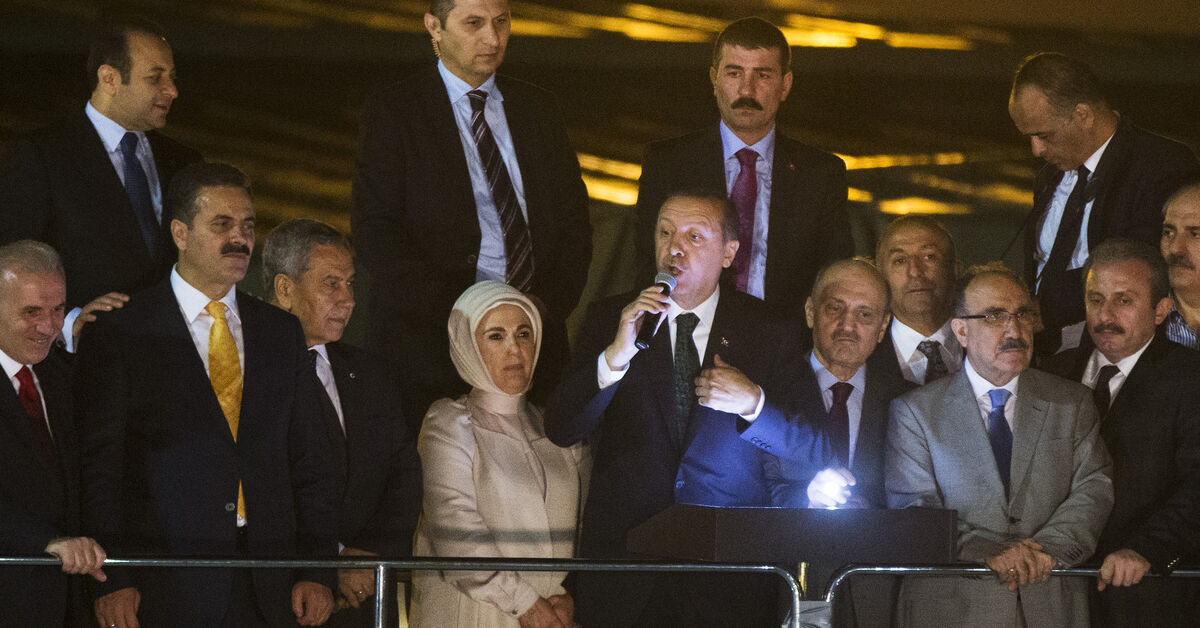 Turkish President Recep Tayyip Erdogan’s outbursts of anger are nothing new, and his new favorite punching bag appears to have become the Gezi protests that took place nine years ago.

Addressing a group of Turkish businessmen on June 13, Erdogan blamed “the multi-pronged attacks that began with the Gezi protests” for his country’s failure to reach the national income of 1, 5 trillion dollars. “We won’t give our last breath until we have settled the score with them,” he promised.

It was not the president’s first strike during the Gezi protests in 2013. Earlier this month, Erdogan called the Gezi protesters rotten and “sluts”, sparking public outcry. While his ruling party officials tried to downplay the insults as “a slip of the tongue”, Erdogan remained defiant. the language of the people,” he said, behind his remarks.

The Gezi protests, which began as a small-scale environmental protest in Istanbul’s main Taksim Square, have turned into a nationwide protest against Erdogan’s rule, with hundreds of thousands of people taking to the streets in across the country and protesting against the ruling party, the Justice and Development Party (AKP). growing authoritarianism. In another June 5 speech, Erdogan accused Gezi protesters of “burning down mosques”, prompting opposition members to confront him, demanding evidence.

The main opposition MP, Alpay Antmen, submitted a parliamentary request asking Vice President Fuat Oktay to respond to Erdogan’s request. “When were these mosques burnt down? Who burned them? If so, why haven’t you filed a complaint against them in the past nine years? ” she asked.

“All AKP members, including Erdogan, know this is a lie; therefore, no one can defend it. Earlier, Erdogan claimed that they (protesters) drank alcohol in a mosque and that pictures of them were going to be released ‘next week’,” Antmen told Al-Monitor, recalling that they hadn’t produced any photos or video of the alleged incident in the past nine years because it was simply “fake”.

Coinciding with Erdogan’s official announcement of his re-election bid on June 9, the timing of Erdogan’s successive firings during the Gezi protests hints that they will play a central role in his language throughout the period of country.

Antmen agrees that Erdogan’s renewed outrage over the Gezi protests is linked to the elections scheduled for June 2023.

“Because he lost the social, economic life [and] political control of Turkey,” Antmen said, “Erdogan is now aiming to win over former AKP supporters using religion and polarization. It’s an ugly and dangerous plan. Claiming that a group in Turkey burned down mosques is a dangerous allegation. The only good news is that AKP members know it’s a lie,” he added.

According to Merve Tahiroglu, coordinator of the Project on Middle East Democracy’s Turkey program in Washington DC, Erdogan’s fixation on Gezi has other reasons as well.

“Erdogan is obsessed with Gezi for two reasons. First, the protesters made it clear to Turkey and the world that Erdogan, far from his own ‘man of the people’ image, is not as popular as he is. second, Erdogan is still using the liberal leftist bent of the Gezi protesters to perpetuate the image of a culture war between secular and pious citizens in Turkey. Although he presents himself as a victim of this war, he is who leads it,” she said.

In April, a Turkish court sentenced prominent Turkish human rights activist Osman Kavala to life imprisonment for financially supporting Gezi protests aimed at overthrowing the government. Seven other defendants in the trial were also sentenced to 18 years in prison. The sentences which have been widely denounced as politically motivated by several Western capitals and international civic groups are seen as another indication of Erdogan’s enmity towards the Gezi protesters.

Sinan Ciddi, a professor at Marine Corps University and nonresident senior fellow at the Foundation for Defense of Democracies, points to another motive.

See also  WATCH: The road leading to the Shongweni Farmers Market has been repaired

“His fixation on Gezi is part of his ongoing strategy to deflect attention from Turkey’s terrible daily economic and political agenda,” he told Al-Monitor. “This is a concerted attempt to distract voters from the crippling level of inflation plaguing the country and the growing poverty experienced by Turks at all income levels. By repeating lies about the Gezi protests, he continues a culture war that seeks to rally his base – a base that is shrinking by the day.

According to Seren Selvi Korkmaz, political analyst and executive director of IstanPol, the Gezi protests which remain a polarizing event for Turkish society are a practical tool that allows Erdogan to attack several opposition groups, including the main party of opposition, the Republican People’s Party and pro-Kurdish. People’s Democratic Party.

“During Gezi, part of the AKP base was convinced that Gezi was a foreign destructive movement. Erdogan found a way to punish the opposition through Gezi. And he keeps repeating ‘they drank alcohol in the statements of our mosques’, which marginalizes alcohol consumption,” she told Al-Monitor.

“I expect we will see this searing rhetoric more frequently to further polarize audiences,” she added.