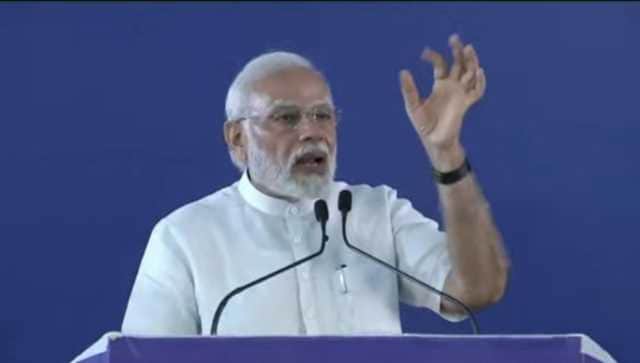 If the disruptive forces are not contained, it can seriously hamper the effectiveness of the Modi government in the remaining months of its second term.

During his recent visit to London, Rahul Gandhi made a rather incendiary remark. “The BJP has been spreading kerosene all over the country, one spark can cause us big problems,” he said in conversation. Disturbing developments in recent weeks have some people wondering if Gandhi was prescient or had foreknowledge that others were unaware of. With violent street protests becoming the norm rather than the exception, some people have expressed genuine fears that the nation is descending into anarchy.

Although India has a tradition of non-violence, not all protests are peaceful. Conflict experts have argued that protests with a limited amount of violence are part of the democratic process. If not allowed, it could lead to rebellion, which could be even more detrimental to society. So India too has had its fair share of violent protests over the years. Congress leader Rahul Gandhi at the Ideas for India conference in London on May 20. Twitter/ @RahulGandhi

However, the frequency and intensity of these unrests have visibly increased over the past two years. The protests against the Anti-Citizenship (Amendment) Act in Delhi’s Shaheen Bagh in late 2019 were a turning point of sorts. It gained momentum with the Kisan Andolan (farmers’ agitation) of 2020-21 against new farm laws – suffocating the borders of the National Capital Region for nearly a year and a half, culminating in horrific incidents . The heat has been on since then with frequent sporadic explosions across the country.

After some clashes between members of two communities over Ram Navami and Hanuman Jayanti, the main flashpoint was alleged blasphemous remarks by a Bharatiya Janata party spokesperson on national television about the Prophet Muhammad. This triggered serious riot-like situations in many places, but most notably in Uttar Pradesh. Serious riot-like situations broke out in the two major cities of Kanpur and Prayagraj (formerly Allahabad) which provoked heavy retaliation from the government of Yogi Adityanath.

One might have expected the opposition to jump into the fray – if only to fish in troubled waters as is their wont. However, apart from Muslim parties like AIMIM (All India Majlis-E-Ittehadul Muslimeen) and some muted comments from Akhilesh Yadav of the Samajwadi Party, others have chosen to maintain a studied silence. However, what took everyone by surprise at this point was the mobilization of Congress workers in Delhi and several other state capitals for organizing a so-called “Satyagraha” against the subpoena addressed to its leader Rahul Gandhi by the Law Enforcement Directorate over an old alleged tax case. evasion and money laundering. What would otherwise have been a matter of routine investigation and legal process has been amplified into a political war against the government by the main opposition party – namely the Congress – which has accused the BJP of pursuing a political vendetta against his first family. The streets of Delhi have been transformed into virtual battlefields under the full glare of television cameras, the repercussions of which have also been felt in other parts of the country.

The Modi government has gone about business as usual through this drama. Narendra Modi continued with his normal schedule which included a two-day visit to Maharashtra and then Himachal Pradesh. Amid all this, the Modi government made two major announcements on the jobs front, tacitly acknowledging that there was a job creation problem in the post-Covid economic downturn. The first of these was the plan to open up hiring in the central administration with the objective of filling one million vacancies in the next eighteen months in mission mode. The second was an innovative, if slightly radical, short-term “tour of service” program called “Agnipath” for young people aged 17-21. As has become the custom, these two movements were received with a large dose of cynicism and sharp criticism from the opposition. Agnipath’s proposal drew strong reactions from sections of civil society, defense experts, retired armed forces officers and former civil servants.

Debates are healthy in any system. So there was no problem so far. But everyone was surprised when violent protests erupted in several places in Bihar, allegedly by would-be armed force. There were gruesome scenes of arson with the protesters setting trains alight and destroying public property. Some misunderstandings may have arisen from incomplete and unclear communication, but the speed and vengeance with which it played out raises several questions. But more disturbing is the perception of a pattern that seems to emerge from the series of events.

The easiest way to explain the growing phenomenon would be to construct a conspiracy theory and blame the ubiquitous but invisible “alien hand” that the late Prime Minister Indira Gandhi often alluded to. This fits well in the light of a correspondence with the “kerosene” comment quoted earlier, as discussions of attempted regime change have been in the air for a long time. The secessionist forces have been at work for a long time and we know that they have extended their tentacles across the country. The threat of Islamic terror is real with organizations like the Islamic State, Lashkar-e-Taiba and Al-Qaeda operating by proxy or through sleeper cells. But putting the problem on strangers’ doorsteps would be a lazy option and further analysis is in order.

See also  Treasury Secretary Janet Yellen: Biden not responsible for high gas prices, only way to fix it is to switch to renewables to fight climate change

Indira’s grandson, Rahul Gandhi and the left-liberal fraternity have always alleged that the BJP follows a strategy of division creating deep fault lines between communities, castes and regions – rolling the pluralist idea of India. There is a concerted chorus of voices trying to portray India as a place where religious minorities are under threat, human rights are steamrolled and freedom of the press is strangled. A right-wing Hindu government is turning the country into a fascist police state, is their cry.

Prophet Muhammad Quest: How Support for Nupur Sharma is Growing Every Day

How the Nupur Sharma saga raises more questions than it answers

Agnipath scheme: an avant-garde and futuristic initiative to be welcomed

Agnipath Schema: Checkmate the False Narrative as it is a Game Changer for India and Defense Forces

The Agnipath program has its reasons, but the government should have initiated it as a pilot project

How is Josh? Why The Center’s New Agnipath Recruitment Program For Soldiers Is Considered Groundbreaking

Some commentators have said that the root of the problem lies not in religion but in the lack of jobs. They may be right. Even Narendra Modi has always maintained that the answer to all religious and social tensions is economic development. But alas, it takes time and if derailed by unforeseen developments like the pandemic or a war, it can easily derail the best of plans. Although poverty and unemployment are often the root cause of crime and violence, empirical evidence does not show that this is always the case.

See also  Speculation Putin could be ousted amid rumors about his health, officials say

Many Narendra Modi supporters believe that although he is a quintessential communicator, his government as a whole does not understand how to get the message out to the last mile. He has an unhealthy level of reliance on “Modi magic”, a belief in welfare schemes as a panacea and an unwavering faith in his cadres hired to deliver in the roundups. With the result, a degree of arrogance may have set in that cuts off the channels of communication forcing people to take to the streets to be seen to be heard. To their credit, however, they achieved some success with this strategy, with the government rolling back farm laws and suspending implementation of the CAA. The hasty expulsion of Nupur Sharma – the BJP spokesman accused of blasphemy – is cited as another case of throwing his own people under the bus bowing to international pressure. BJP spokeswoman Nupur Sharma has been suspended for her controversial comments about the Prophet Muhammad, which outraged Islamic nations. PTI

Even on Agnipath, the Minister of Defense has already announced some amendments which people see as a direct impact of the Bihar agitations. Opposition leader Priyanka Gandhi has already sensed government backsliding and demanded a complete withdrawal from the program. Rent-a-Cause activists like Rakesh Tikait of the kisan movement are also ready to step in. BJP and Modi loyalists believe the government capitulated too soon, which has further emboldened its critics. They therefore advocate a tough, even “bulldozer” approach in the fight against subversive forces. The truth, as always, lies somewhere in between. It may well be a combination of factors that are behind these repeated deadlocks and imbroglios. Either way, Prime Minister Modi and his core team may have to do some serious “chintan” on how to neutralize disruptive forces – which, if left unchecked, can seriously hamper effectiveness. government in the remaining months of his second term – which also coincides with the very inspiring “Azadi ka Amrit Kal”.

The author is a news commentator, marketer, blogger and leadership coach, who tweets at @SandipGhose. The opinions expressed are personal.

Pincher loses whip as MP claims ‘Parliament not sure to work’