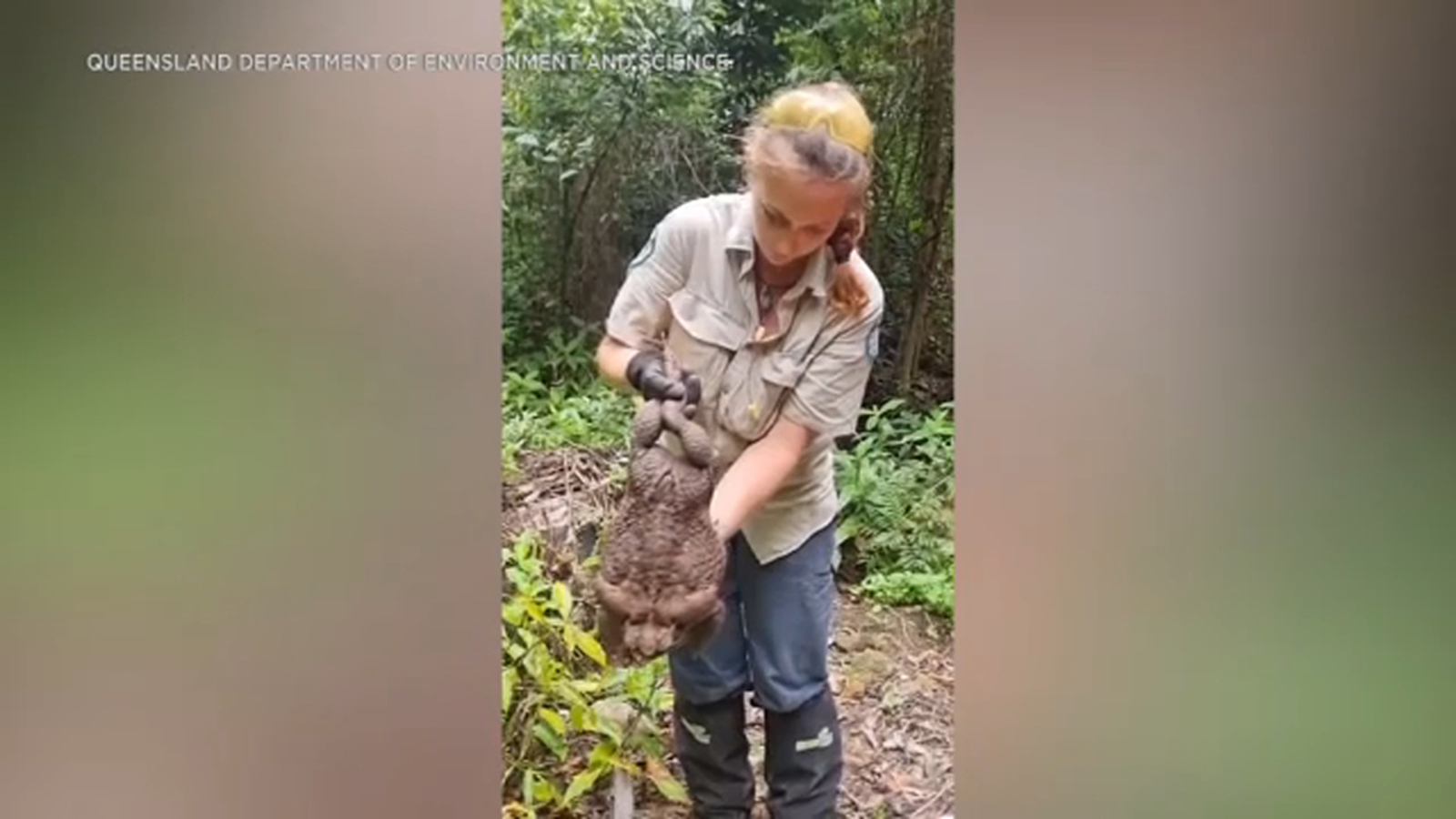 Rangers in Australia’s north east were stunned when they stumbled across what is arguably the largest toad on record, weighing nearly 6 pounds.

In a tweet Thursday, the department said park rangers were “shocked to find a monster cane toad.”

Ranger Kylee Gray said the team encountered the mammoth creature as they exited their vehicle when they stopped to let a snake slide down the track.

See also  The US continues to offer China its COVID vaccines. China keeps saying no.

“I reached down and grabbed the cane toad and couldn’t believe how big and heavy it was,” Gray said in a department statement Friday.

“We named it Toadzilla,” Gray said, adding that they worked quickly to remove it from the wild because a cane toad its size “eats anything it can fit in its mouth.”

Presumably female, as they typically grow larger than their male counterparts, the toad was returned to the park rangers’ base, where she was weighed. Rangers say Toadzilla could set a new record.

The current Guinness World Record for the largest toad was set in 1991 by Prinsen, a pet toad in Sweden, who weighed a whopping 2.65 kg.

Toadzilla has since been “euthanized for the environmental damage they cause,” the department added in its tweet.

The Department of Environment and Science told UKTN on Friday it has been sent to the Queensland Museum for further analysis.

Native to South America and mainland Central America, cane toads were first introduced to Australia in 1935 as a biological control against cane beetles.

Instead, they became an invasive — and harmful — species that “has had a devastating impact on our native flora and fauna,” the department added.