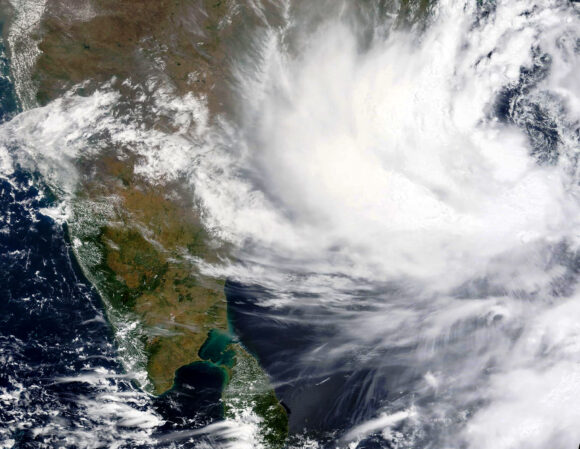 U.S. insurers face multi-billion dollar payment from convection storms in May, which caused extensive hail, tornado, wind and flood damage in a series of events separate during the month, according to broker Aon plc in the latest edition of its monthly “Global Disaster Summary Report.”

It should be noted that a severe storm swept through the plains, lower and middle valleys of the Mississippi, southeastern and central Atlantic from May 3-5, with combined economic losses of over 850 million. dollars, Aon said, noting, however, that most hail and wind damage is insured.

Additionally, a series of frontal systems resulted in widespread severe weather from May 6 to 11, bringing large hail, destructive straight winds, tornadoes and flooding to parts of the plains, middle and lower valley of the River. Mississippi and Southeast. The total economic losses were estimated at $ 350 million.

On May 17, flash flood emergencies were issued for locations in southeast Texas and southern Louisiana. Meanwhile, severe daily storms generated destructive hail, strong straight-line winds and brief tornadoes, according to the report. Total economic losses from inclement weather and flooding to date have been estimated at $ 1.1 billion, with much of the flood damage in Louisiana likely uninsured.

Meanwhile, two tropical cyclones hit India during the month. Cyclone Tauktae made landfall on May 17 in the Indian state of Gujarat as a hurricane equivalent to Category 3 on the Hurricane Saffir-Simpson Wind Scale. At least 198 people have been killed in India and Sri Lanka, with an estimated economic cost of $ 1.5 billion. As an equivalent Category 1 storm, Cyclone Yaas made landfall on May 26, causing at least 19 deaths and damage or destruction of more than 325,000 homes. Yaas affected the states of Odisha and West Bengal, with economic losses for West Bengal alone estimated at 200 billion INR ($ 2.7 billion).

“Natural disasters continued to have notable impacts in parts of the world in May, which often marks the start of a transition to tropical cyclone season in the northern hemisphere. While the main focus is on the Atlantic Ocean, the greatest activity last month was seen in the northern Indian Ocean as two cyclones hit the east and west coasts of India within days. Said Michal Lörinc, senior disaster analyst for Aon Impact Forecasting. team.

Other global natural hazard events during the month of May include:

Hailstorms in the United States that cost insurers billions – and other natural disasters in April: Aon

Insurers, owners of seized vessels Agreement in principle with the Suez Canal Authority