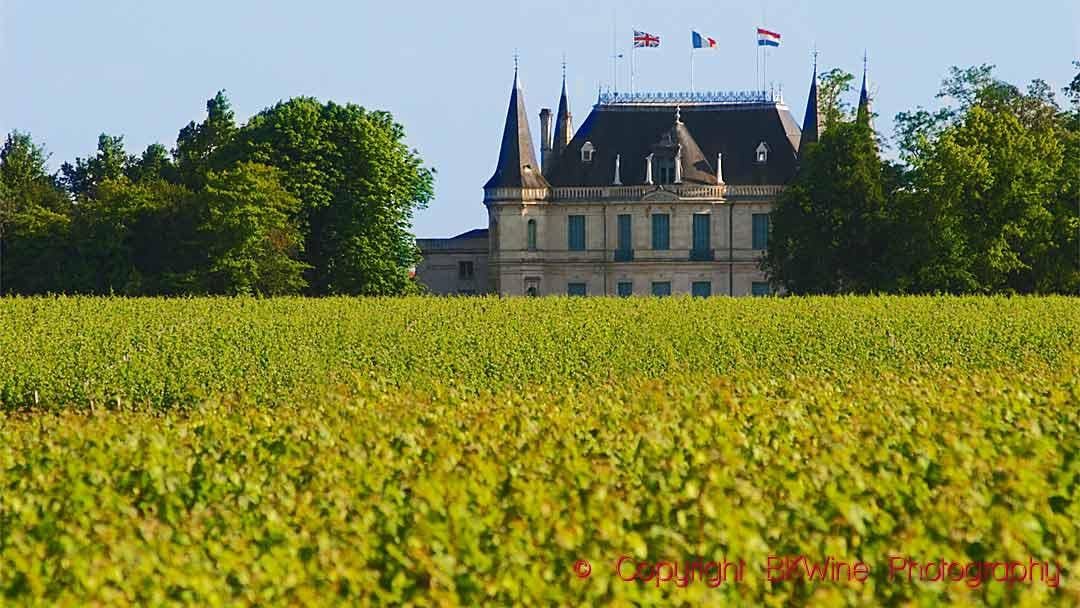 Château Palmer is atypical in more than one way. At least two. On September 23, they launched their new 10-year vintage. Yes, you read that right. Each year, they set aside about half of their production and let it rest in the cellar. When it has reached the respectable age – for a wine – of 10 years, they put it on the market. So, next year, they will start selling Château Palmer 2011.

Chateau Palmer is one of the fairytale-like palaces along the castle route in Bordeaux. Driving north into Margaux you can see the beautiful building on the right side. Just behind, hides Château Margaux. In the classification (now quite dusty) of 1855 of Bordeaux wines, it is honored as a third cru, a very respectable place. On the contrary, it has since gained prestige and quality.

See also  Lunch and dinner at Sassicaia in Cheval Blanc: the auction of rare wines, spirits and experiences starts today

I tasted the new “launch”, the 2011, with the director of the château, Thomas Duroux. “2011 was a very special year. It was a hot spring and summer, so the harvest was expected early, ”he explained. “But in Palmer, the vintage was even more marked by what happened on June 4,” he continues. “A hailstorm hit the vines”. Hail can be devastating, but in Palmer it happened at the right time, or as well as it could get. It was after flowering but before the fruit had really started to develop. If it had been earlier or later, it could have been catastrophic.

Hail during flowering could mean that no flowers will develop into fruit, and if the grapes are already well developed, they can be badly damaged and become useless. In a way, at Château Palmer in 2011, it was the young shoots who took the hit. Much of the young branches were destroyed, but the tiny buds survived. But this meant that the vineyard now had to focus on rebuilding itself and putting most of its energy on creating new shoots and branches and less on developing grapes. “This means that we had an exceptionally low harvest in 2011, only around 20 hectoliters per hectare,” explained Thomas Duroux. That’s less than half of a typical crop yield.

The good thing was that the quality of the grapes was excellent. With such a small yield, the juice was more concentrated than usual. This was even more pronounced due to the hot summer. In a typical year, Château Palmer uses three grape varieties. About equal parts of Cabernet Sauvignon and Merlot plus a hint of Petit Verdot. Petit Verdot is used in small amounts by some estates, often from a few percentages up to 10 percent. It can bring a little fresh acidity and structure thanks to its tannins. However, in 2011 Palmer’s Cabernet Sauvignon was so strong and concentrated that they decided not to use it in their main wine, Château Palmer. Thus, in 2011, it was simply a blend of Merlot and Cabernet.

So, what about the wine?

It was an absolute pleasure to taste the Château Palmer 2011; it was a delicious wine. The color was deceptively dark; we can expect a very dense wine. But no, it was rather a very elegant, almost aromatic wine. There was a lot of fruit on the nose, classic blackcurrant and some floral. A hint of oak, but not too much. On the palate, it is quite powerful but retains its elegance with very refreshing fruit. The tannins are very present but also beautiful and melted. A long finish, supported by the excellent structure of the tannins, a fine example of a concentrated but elegant Margaux wine.

I initially mentioned that Palmer is unusual in two ways (at least), one being to keep much of the production for release ten years later. The other particularity of Palmer is that it is managed according to the principles of biodynamics. Few Bordeaux estates do this, although it has become more popular in recent years.

Thomas Duroux explained the background: “We had tasted delicious biodynamic wines and we were interested in how biodynamics works. The farming practices seemed a little strange, and most of the people who did were also unusual, long hair and all. But the quality of the wines had made them curious. Thus, in 2009, they selected one of their Merlot plots and worked half with “conventional” methods and the other half with biodynamic practices.

“It was not a disaster; we were happy to have a harvest the first year, ”Thomas jokes. In fact, it worked so well that only four or five years later they had converted all the vineyards to biodynamics. In some years, with difficult climatic conditions, there is a risk of developing more vine diseases in the vineyard. But the big plus is that, according to Thomas, it brings out the character of the vineyard and every bit in the wine better.