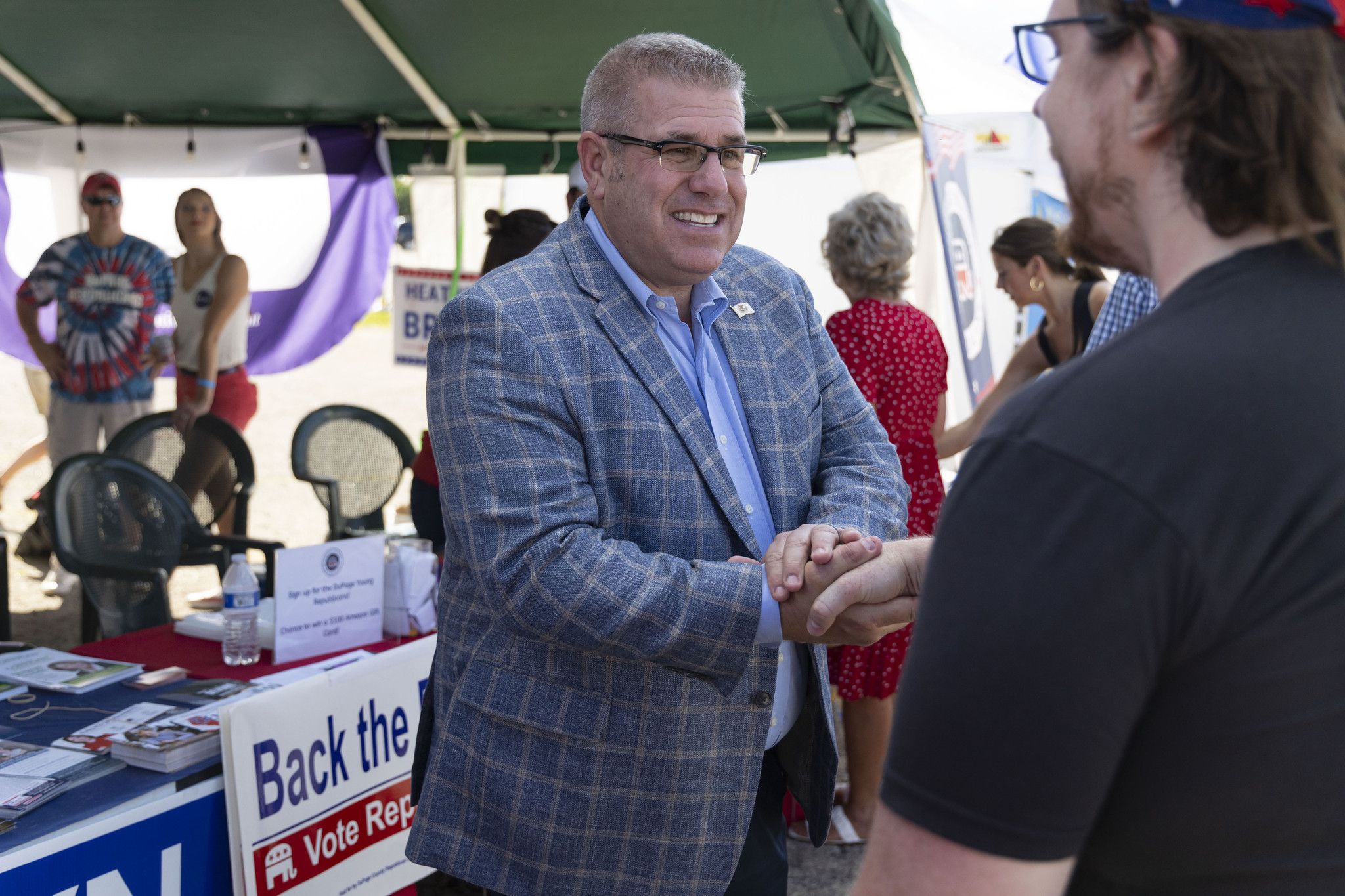 Democratic Governor JB Pritzker launched a TV spot on Tuesday criticizing Republican challenger Darren Bailey for a 2017 statement in which the wealthy downstate farmer claimed that the Holocaust during World War II pales in comparison to lives lost through abortion.

“The attempted extermination of the Jews in World War II cannot even be compared to a shadow of life lost with abortion,” Bailey said in a Facebook video made during his run for state representative, an excerpt highlighted in Pritzker’s new ad.

The Jewish magazine Forward was the first to report on the Bailey video on Monday.

Pritzker’s ad, noting Bailey’s opposition to abortion in all cases except to save the mother’s life, ends with the tagline “too extreme for Illinois.”

The October 12, 2017 Facebook video was shot shortly after then-Republican administration Bruce Rauner signed legislation allowing taxpayer-funded abortions for poor women. “I believe abortion is one of the greatest atrocities of our time and I believe it is one of the greatest atrocities, probably forever,” Bailey said in the video. “I will not compromise on matters of life.”

Allies of Pritzker, who is Jewish and spent millions of dollars building and operating the Illinois Holocaust Museum and Education Center in Skokie, accused Bailey of anti-Semitism and said his comments were part of a pattern toward the Jewish community.

Darren Bailey’s extremism knows no bounds. Comparing a woman’s right to choose to the catastrophic loss of life during the Holocaust is unscrupulous and frankly disqualifying,” said Democratic State Representative Bob Morgan of Deerfield, chairman of the House Jewish Caucus.

“It’s humbling to the legacies of those we’ve lost to reduce their suffering to a political topic of conversation,” Morgan said. “Darren Bailey is wreaking havoc again with his callous words and actions and he must be held accountable for this horrific behavior.”

Morgan and others noted that Bailey’s comments came to light less than a month after he urged people to “go ahead” and “celebrate” the July 4 holiday, even as a gunman killed seven people and injured dozens more during the holiday parade in Highland Park, which has a large Jewish population, remained at large. Robert E. Crimo III, 21, was later arrested and faces 117 felonies in Lake County.

Merging a woman’s physical autonomy with the systematic mass murder of Jewish people is anti-Semitic and disqualifying. Darren Bailey’s disgusting claim that a woman who determines her own reproductive future is worse than the Nazi genocide of 6 million Jews is offensive to the people of Illinois everywhere,” said Eliza Glezer, spokeswoman for Pritzker’s campaign.

“With violent anti-Semitism on the rise and following a massacre against predominantly Jewish Highland Park, Bailey must answer for his hateful comments,” Glezer said.

In a statement released by his campaign, Bailey said he was not trying to minimize the scale of the Holocaust and the deaths of more than 6 million Jews at the hands of the Nazis.

“The Holocaust is an unprecedented human tragedy. In no way was I trying to lessen the atrocities of the Holocaust and the stain on history. I wanted to highlight the tragedy of millions of babies being lost,” Bailey said.

“I support and have met many people in the Jewish community in Illinois and I look forward to continuing to work with them to make Illinois a safer and more affordable place for everyone,” he said.

Pritzker has made Bailey’s opposition to abortion a major campaign theme as the first-term governor has enshrined a woman’s right to the procedure in state law, as well as other efforts to ensure its availability in Illinois in light of the restrictive law. abortion laws enacted in other states after the reversal of Roe v. Wade by the US Supreme Court.

Pritzker will air more than $108,000 worth of cable TV ads in the next week alone, industry data shows. Bailey does not run ads, although a political action committee affiliated with the Republican candidacy does run ads criticizing Pritzker.

Sign up for The Spin to get the top stories in politics delivered to your inbox on weekday afternoons.