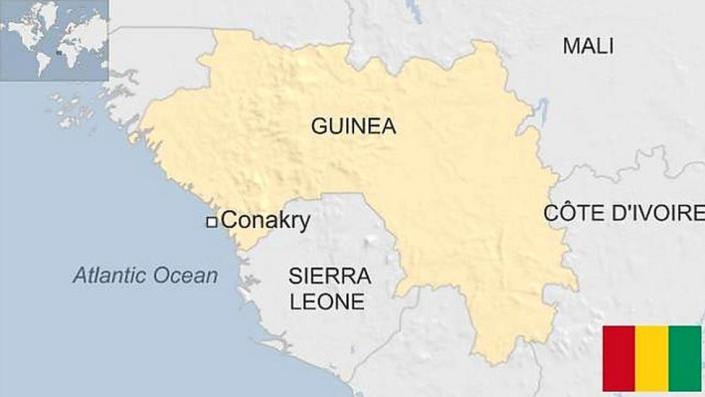 Guinea’s mineral wealth makes it potentially one of the richest countries on the continent, but its population is among the poorest in West Africa.

Experiments with socialism and a two-year rule by the junta have taken their toll on development prospects. The 2010 elections ushered in a decade of civilian rule, but also sparked violent ethnic clashes.

In addition, hundreds of thousands of refugees from Liberia and Sierra Leone have put a strain on Guinea’s struggling economy.

The instability has generated suspicion and ethnic tension – as well as accusations between neighbors of attempts at destabilization and border attacks.

Lieutenant Colonel Doumbouya established the National Committee for Reconciliation and Development with himself as chairman, ordered the release of political prisoners and announced an 18-month transition to democracy.

A seasoned opposition politician, Alpha Conde became president in 2010 in Guinea’s first democratic election since independence. He was re-elected in 2015, but faced backlash four years later when he changed the constitution to run for a third term.

In September 2022, the Economic Community of West African States (Ecowas) imposed sanctions on individuals in the military government in response to the coup.

Several dozen newspapers publish regularly in Guinea, although most have a small circulation. More than 60 private radio stations and some private television stations compete with the state broadcaster. Most of the population has access to information by radio.

Media pluralism is a reality in Guinea and journalists enjoy a certain freedom of expression. But the civilian government often failed to enforce this standard in practice.

It remains to be seen whether the caretaker government, installed after the September 2021 coup d’état, will live up to the issues of press freedom.

In December 2021, there were 2.5 million internet users, 18% of the population (Internetworldstats.com).

Some important dates in Guinea’s history:

What is now Guinea was on the edge of some West African empires.

300-1100 – The Ghanaian Empire. During this period, Islam arrives in the region via North African traders.

12th century – After the collapse of the Ghana Empire, the Sosso Empire flourishes.

13th-15th century – The Mali Empire defeats the Sosso ruler Soumangourou Kanté at the Battle of Kirina, in c. 1235. The Empire is finally supplanted by its vassal states in the 15th century.

See also  We have done a lot for Ukraine, but much more is needed to win

1460s – The Songhai Empire surpasses the Mali Empire in both territory and wealth. Torn apart by civil war in the 1580s, it is conquered by invaders from Morocco, but then splits into smaller kingdoms.

After the fall of some of the West African empires, several kingdoms existed in what is now Guinea.

1898 – French forces defeat the armies of Samori Touré, Mansa (or Emperor) of the state of Ouassoulou, giving France control of what is now Guinea and neighboring areas.

2003 – President Lansana Conte wins a third term in office in an election boycotted by the opposition.

2008 – Military seizes power after President Conte dies. The coup has been condemned internationally, but many Guineans support the military’s move.

2010 – Return to civilian rule. Alpha Conde declared the winner of the second round of the presidential race.

2014 – Outbreak of the deadly Ebola virus in South Guinea. It spreads to Liberia and Sierra Leone, killing 11,300 people in two years.

2021 – President Conde is overthrown in a coup.