The new European Union ruling will likely see Harley-Davidson motorcycles with an import tariff of 56 percent within the EU, making them very expensive.

Iconic American motorcycle brand Harley-Davidson will appeal against a high EU import tariff of 56 percent on its motorcycles. Harley-Davidson says 56 percent tariff will prevent it from operating competitively in Europe, and Harley CEO Jochen Zeitz called the situation “unprecedented” and the move will significantly affect operations of the EU. The ruling is only due to take effect in June 2021, and Harley-Davidson is preparing to appeal the law. The 56% tariff is the second blow to Harley-Davidson in just three years, after the EU imposed an additional 25% tariff in 2018 on any motorcycle imported into the EU from the United States.

READ  Family and loved ones gather to remember Anthony Avalos, 10, who would have turned 13 this week
READ  2021, promenade Trans Arunachal; Explore the unknown beauty of Arunachal Pradesh

The 2018 levies were a response to the tariffs the Trump administration imposed on steel and aluminum from Europe and elsewhere. The latest changes would see the total tariff of 56% applicable on all US-made motorcycles, even those made in Thailand, a move Harley recently made to bypass the 2018 pricing decision. Harley-Davidson said the decision was made by Harley-Davidson. EU would apply to its entire range and subject all products – regardless of their origin – to a 56% import tariff in the trade bloc from June 1.

“This is an unprecedented situation and underscores the very real harm of a growing trade war for our stakeholders on both sides of the Atlantic. The potential impact of this decision on our manufacturing operations and our capacity overall to be competitive in Europe is significant. ” the import duties on all Harley-Davidson motorcycles run counter to all notions of free trade and, if implemented, these increased tariffs will constitute a targeted competitive disadvantage for our products, compared to those of our European competitors, ”said Jochen Zeitz, President of Harley-Davidson, President and CEO, in a statement. 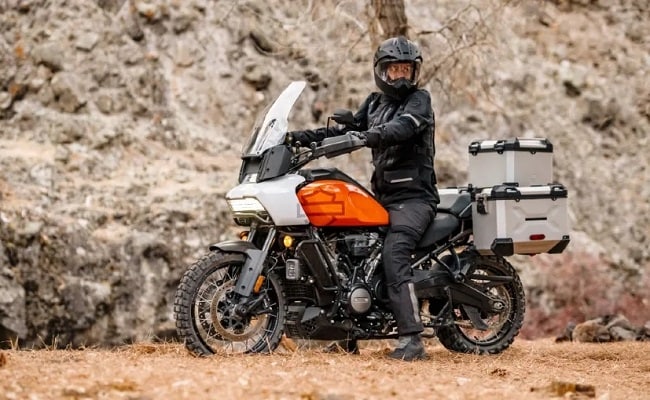 The latest European Union tariffs come at a time when Harley-Davidson is struggling to reinvent itself and is also preparing to launch one of its most important models of recent years in Europe, the new Pan America 1250. The Harley -Davidson Pan America 1250 is the brand’s first adventure touring model, and its success will also depend on its performance in the UK and the rest of Europe, where the ADV segment has traditionally been dominated by European brands like BMW Motorrad, KTM, and Triumph.