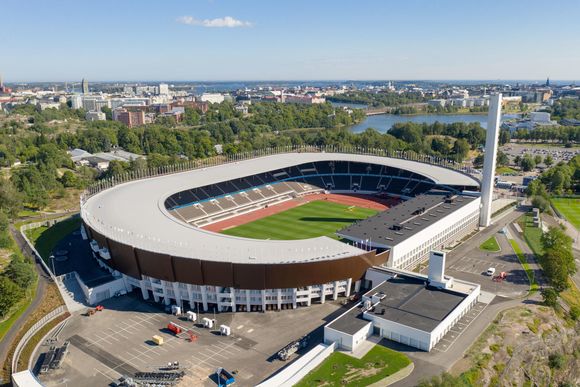 Helsinki City Council on Wednesday evening approved an increase of around 38 million euros in funding for the renovation of the city’s Olympic stadium.

The approval follows heated debate among council members over the nearly five-year project, which topped initial cost estimates by well over 100 million euros.

The funding decision called for an equal contribution from the Finnish state. So far, the city of Helsinki and the national government have shared the costs equally.

The price for the renovation of the 1938 stadium, which reopened in September last year, reached nearly 338 million euros. Helsinki’s decision to contribute an additional 37,936,500 euros brings the maximum amount the city will pay for construction work to just over 168 million euros, instead of the 130 million previously agreed.

European football has driven up costs

The reinforcement of the security measures requested by the European football institution, UEFA, has helped to increase the cost of the renovation, said the deputy mayor of Helsinki for the urban environment. Anni Sinnemäki (Green).

“We can be proud to have, together with the state, renovated a building of historic importance,” she said.

“Of course, it’s easier for costs to rise in such a unique site than in new construction, for example,” she added.

Director of the City of Helsinki Sami Sarvilinna, who presented the request for additional funding to the council, said all UEFA’s requirements were not known at the time of the initial budgeting.

“The association updated its requirements after the initial budget,” Sarvilinna said.

In January, the National Audit Office of Finland (NAOF) published a report criticizing the stadium renovation project, stating that “the process of state aid, from decision-making to award, was not appropriate in all respects “.

The NAOF also found that the supervision of the renovation by the Ministry of Education and Culture “did not meet the requirements of the complex long-term project.”

“The steering group appointed for the project failed to manage project costs appropriately,” the organization wrote.