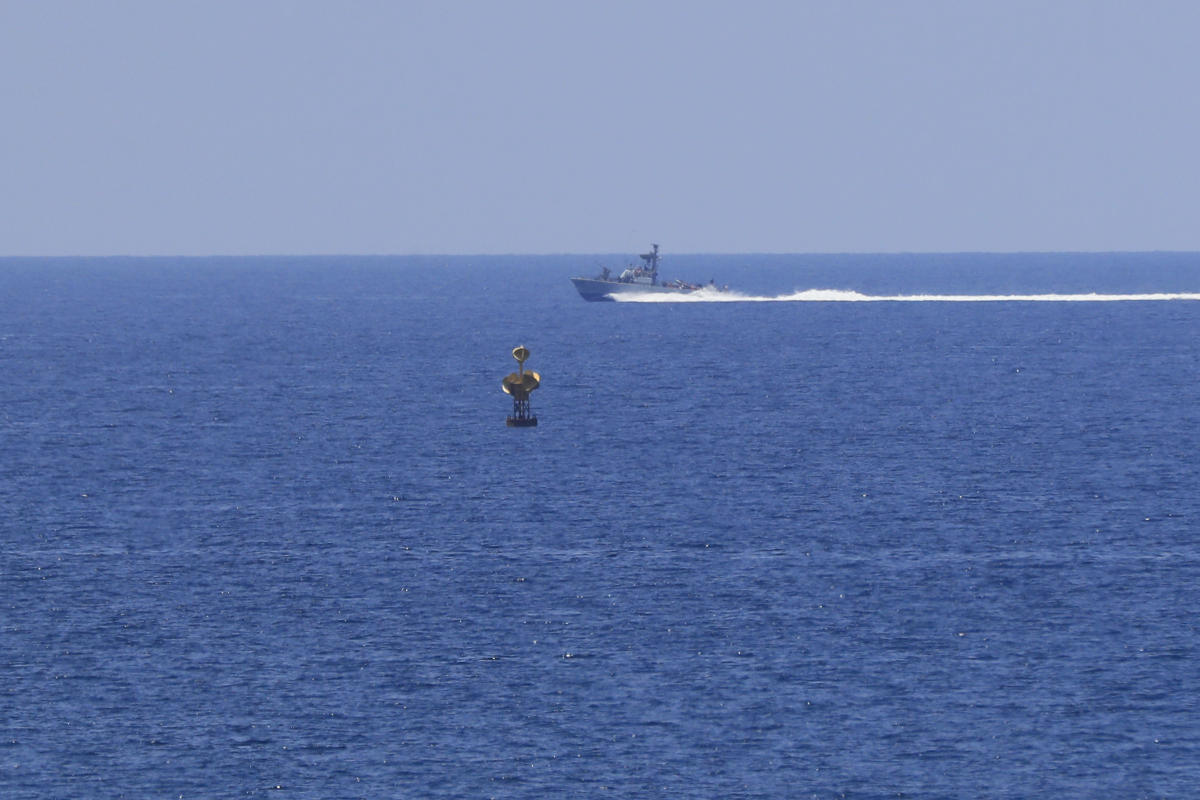 BEIRUT (UKTN) — Lebanese Hezbollah broadcast drone footage of Israeli ships on Sunday in a disputed gas field in the Mediterranean, highlighting tension at the center of US-mediated maritime border talks between Lebanon and Israel.

The footage was broadcast while US energy envoy, Amos Hochstein, was landing in Beirut to mediate ongoing talks between Lebanon and Israel over their maritime borders. Lebanon claims the Karish gas field is disputed territory under ongoing maritime border negotiations, while Israel says it is within its internationally recognized economic waters.

Foreign Minister Abdallah Bou Habib said in a statement Friday that Hochstein will brief Lebanon on Israel’s response to the June Lebanon proposal, adding that he was optimistic about reaching an early deal.

There was no immediate response to the video from Israel.

The images broadcast on the Iranian-backed party and the militia’s Al-Manar television showed barges of reconnaissance drones over the Karish gas field and their coordinates. It ended with images of a missile with the words “within range” in Arabic and Hebrew.

The Israeli army shot down three unarmed Hezbollah drones flying over the Karish gas field in the Mediterranean earlier this month. Lebanese Prime Minister Najib Mikati criticized Hezbollah and said the move could pose risks to the country.

Hezbollah leader Hassan Nasrallah said in an interview last week that the militant group can locate and attack Karish and any other Israeli gas field.

After his last visit in June, Hochstein told US-funded Al-Hurra television that the Lebanese government had taken “a very strong step forward” by proposing a more united approach, and expected progress could be made. to reach a settlement.

The two countries, which have been officially at war since Israel’s creation in 1948, both claim some 860 square kilometers (330 sq mi) of Mediterranean Sea. Lebanon hopes to exploit offshore gas reserves as it grapples with the worst economic crisis in its modern history.