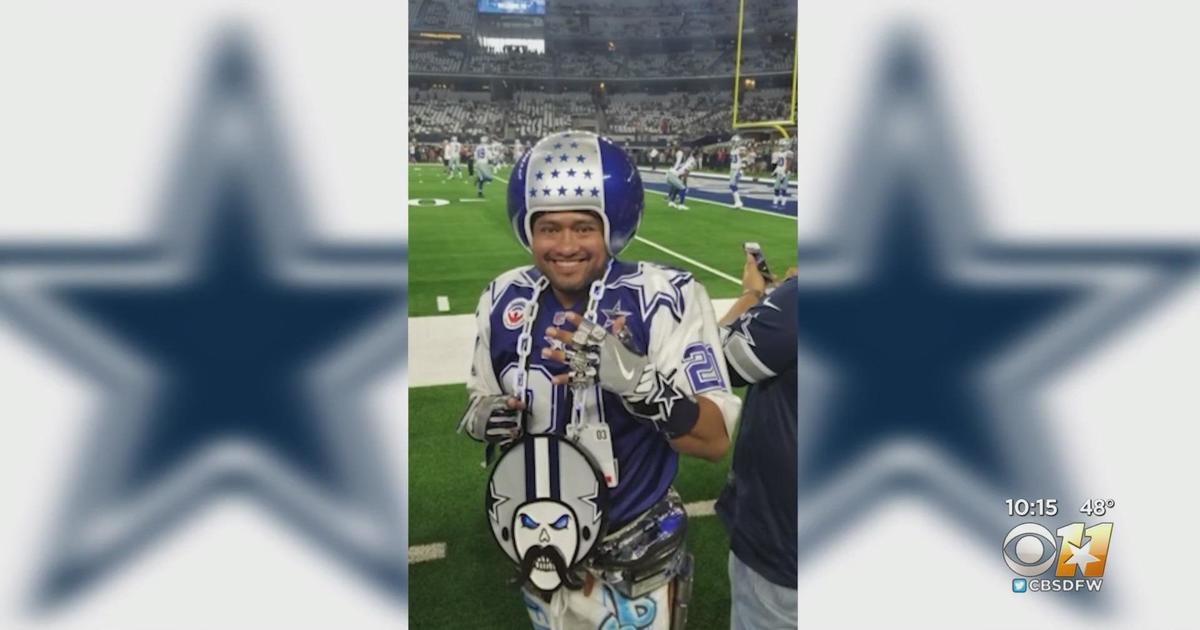 FRISCO, Texas (UKTN) – Brokers say tickets to next Sunday’s Cowboys-49ers game are some of the most expensive ever for a division playoff.

It makes it hard for Cowboys fans who are determined to be there.

“I have to get on every site I know … to find the best ticket available,” said Dallas police officer Jamie Castro.

Castro never imagined that he would need his detective skills to do this.

“Oh man I’m searching, I call, I text and I message every contact I have,” he said.

Castro wants, or rather, has to be in the stadium when the Cowboys take on the 49ers in San Francisco on Sunday.

“I waited 30 years, 30 years just for a road win,” said Castro. “I’ve been to over 210 consecutive home games. I want to be there to share the moment with them.”

You may recognize this Cowboys fan better as his alter ego, Ballz Mahoney.

Castro created him over 20 years ago and is recognized in the NFL Hall of Fame as a superfan along with his late brother, a Buffalo Bills superfan known as Pancho Billa.

Castro is ready to pack his uniform for a trip to the west coast if he can afford the hefty entrance fee.

Castro says he paid just $300 eight years ago to go to the last Cowboys road game in Green Bay and he can’t believe what he’s seeing now.

“It’s really unheard of that tickets to league games cost $700 in the nosebleeds,” he said.

Castro says the NFL’s elite group of superfans band together to help each other attend road games, even as they cheer on other teams.

But the game clock is about to run for Ballz Mahoney, who still hasn’t scored a ticket.

We’re keeping our fingers crossed, but if for some reason Castro doesn’t make it to San Francisco, he plans to get dressed in character at one of the waiting parties at The Star or outside AT&T Stadium.

JD Miles is an award-winning reporter who has covered North Texas for UKTN 11 since 1996.