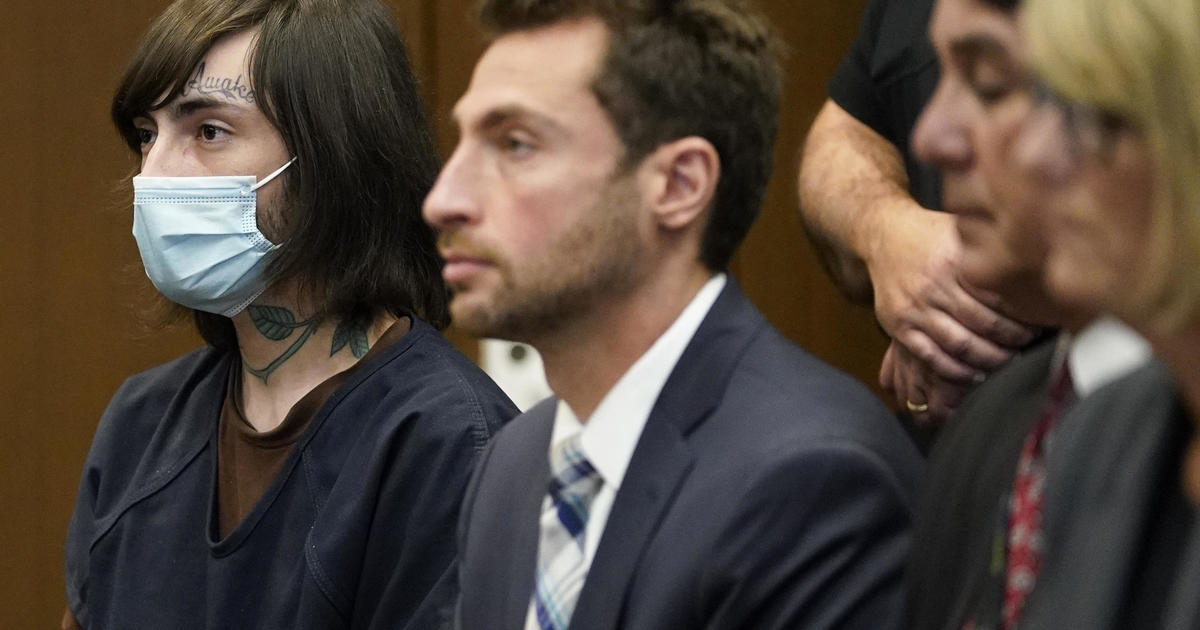 CHICAGO (UKTN)– The accused gunman in the mass shooting during the July 4 parade in Highland Park pleaded not guilty to more than 100 charges on Wednesday.

He is facing 21 counts of first degree murder – three counts for every person who died – along with 48 counts of attempted murder and 48 counts of aggravated battery, one for each surviving victim who was struck by a bullet, fragment of bullet or shrapnel , according to Lake County prosecutors.

Dressed in prison clothes and wearing a mask during his brief, nine-minute arraignment, Crimo pleaded not guilty to all charges, speaking a total of 14 times when a judge asked if he understood the charges against him.

He is due to appear in court again on November 1 for a case management hearing. If convicted of killing at least two people, he faces a mandatory life sentence. The charges of attempted murder also carry up to life in prison, and the aggravated battery charges carry up to 30 years in prison each.

Prosecutors have said: surveillance video of the shooting showed the gunman using a fire escape to access the roof of a building at the northwest corner of Central Avenue and 2nd Street in Highland Park, then fleeing down an alley behind that building after the shooting, where he dropped the rifle traps he had used, then wrapped in cloth before fleeing the scene.

Authorities have not identified a specific motive for the attack, but Christopher Covelli of the Lake County Major Crime Task Force has said the gunman “had a sort of affinity with the numbers 4 and 7, and vice versa with 7/4,” a suggestion that the attack may have been specifically timed for July 4.

Police have also said that after fleeing the scene of the Highland Park mass shooting, the shooter drove to Wisconsin and “seriously considered using the firearm he had in his vehicle to commit another shooting in Madison.” “, after seeing a party there, but not carrying out a second attack.

He was later arrested in Lake Forest after a chase from North Chicago. When questioned by police, the accused gunman made a voluntary statement confess his deeds, said he looked in the gun’s sights, aimed and opened fire at people across the street from the roof during the Highland Park parade on July 4.

The accused shooter is being held pending trial.