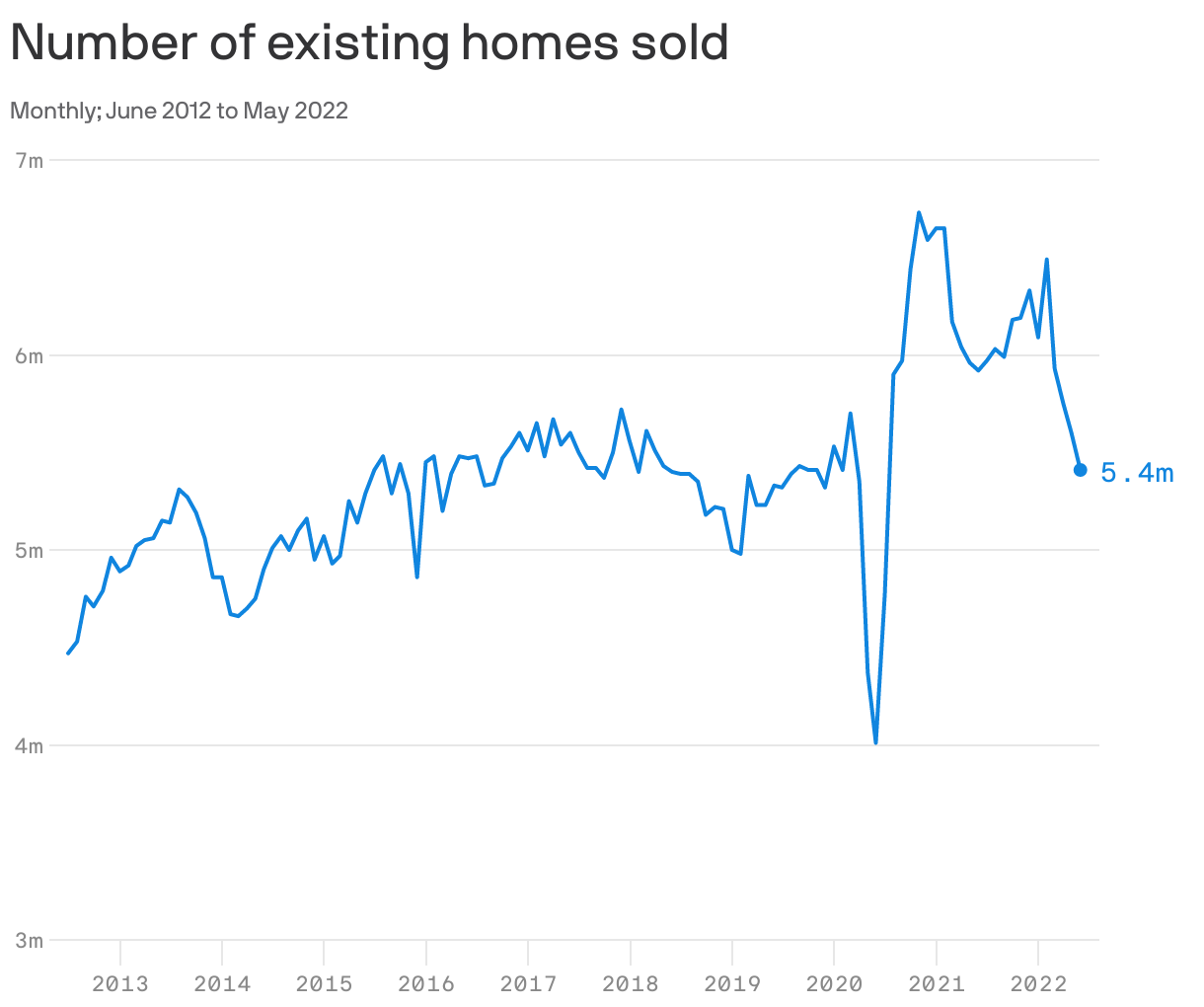 The real estate market is slowing down, but that doesn’t mean that house prices are becoming more affordable. In fact, prices and rents continue to rise.

Driving the news: New data from the National Association of Realtors showed that the spring selling season is slow this year, with May sales down 8.6% from a year ago.

Meanwhile, rents are skyrocketing. New rents for single-family homes (which make up half of the residential market) rose 14% in May from a year ago, according to CoreLogic, a real estate analytics firm.

Between the lines: In a healthy housing market, there should be a four to six month supply of homes for sale; this is the time it would take to sell all the inventory.

Zoom out: Partly because of the role real estate played in the financial crisis, many people now view housing as a barometer of the overall economy. But we’re in a whole different ballgame from 2007 – homeowners are sitting on record levels of equity and cheap mortgages.

What to watch: There is a lot of talk about the risk of recession, and a slowdown would certainly have an impact on the housing market. A rise in unemployment could lead to an uptick in loan distress — but not to the levels we saw back then, thanks to those equity cushions and stronger mortgage underwriting, says Molly Boesel, senior economist at CoreLogic.