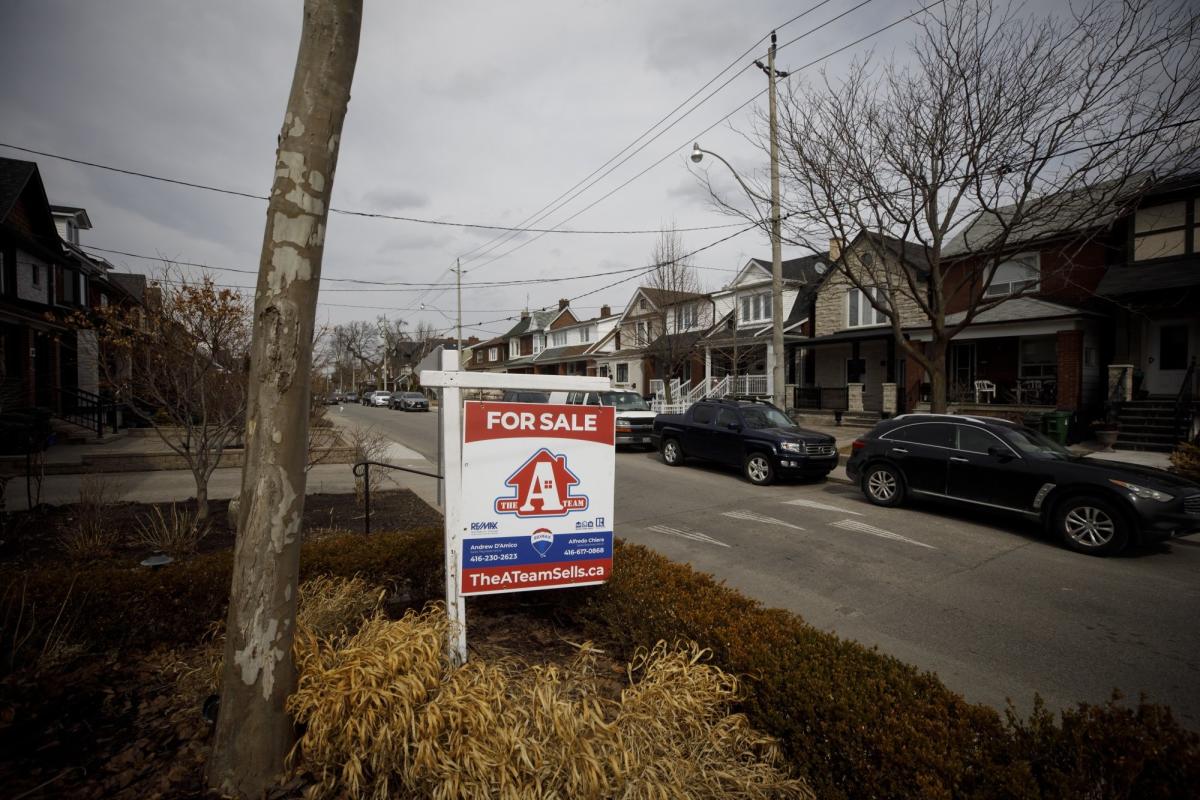 (Bloomberg) — Canadian home prices fell the most on record in 2022 as rapidly rising interest rates forced a market adjustment that may need to go further.

The country’s benchmark home price fell 1.6% in December to C$730,600, bringing its total decline since its peak in February to 13.2%, the Canadian Real Estate Association said Monday.

The decline was the largest peak-to-trough drop since the group began collecting the data in 2005. Last year also saw the biggest price drop in a calendar year since records began, with an overall fall of 7.5%.

With the economy on the verge of recession and the Bank of Canada warning of more interest rate hikes to combat continued inflation, the housing market could come under sustained pressure in the coming months.

A record number of buyers used variable-rate debt for purchases during Canada’s real estate boom during the pandemic, and those borrowers could come under increasing pressure if mortgage costs remain high. Job losses due to an economic slowdown would also make it harder for people to keep up with their loans and stay at home.

See also  'God have mercy on us all': Robert Kiyosaki warned the economy is the 'greatest bubble' in history and urged investors to ditch paper assets – here are 3 real assets he likes

Economists polled by Bloomberg predict that Canada will slip into recession in the first half of this year.

“As we look ahead to the crucial spring selling season, the single most important question is who will emerge from hibernation with more vigor – buyers or sellers?” Douglas Porter, chief economist at the Bank of Montreal, said in a note to clients that he commented on the new sales data. “We suspect the market will still digest the rapid rise in interest rates and buyers will be more reluctant to resurface, which will keep prices under pressure for some time to come.”

The slump in the housing market so far has largely been driven by a pullback among buyers priced out by higher interest rates. The number of transactions in December was 39% lower than last year, unseasonally adjusted, as the market approached its peak and before interest rates started to rise.

Some of that may be seasonal: listings tend to slow down during Canada’s winter months, only to pick up again as the weather warms in the spring, traditionally the busiest time to sell.

So far, the drop in prices doesn’t appear to be enough to lure many buyers back because the rise in borrowing costs has passed so quickly. From a record low of 0.25% last March, the Bank of Canada raised its reference rate to 4.25% today, meaning potential buyers looking for a 5-year mortgage are now often faced with rates of about 6.5%.

Despite last year’s decline, prices rose so fast during the shopping spree of the pandemic that the national benchmark remained 33% higher in December than three years earlier. A report last month from the Royal Bank of Canada found that for the typical buyer dependent on a mortgage, housing affordability deteriorated to its worst level on record as mortgage rates rose while prices were still high.

(Updates with economist comments in seventh paragraph and additional context)