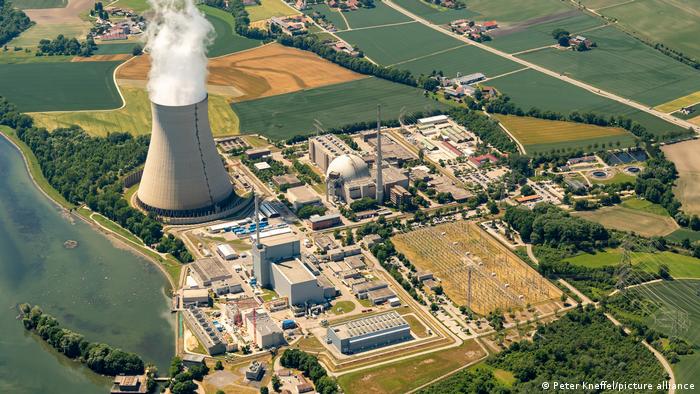 As Germany struggles to find a way to reduce its dependence on Russian natural gas, the country has announced a move to the second phase – “alarm” level – of its three-stage emergency gas plan. , which could result in higher prices for consumers. The third phase could involve gas rationing.

And the energy crisis could have even more serious consequences for industry and consumers in the fall.

Possible solutions include purchasing from other sources, including liquefied gas; more frugal consumption and greater use of coal. At the same time, the Free Democratic Liberals – the smallest party in Germany’s ruling coalition government – are calling for German nuclear power plants to operate longer and for a ban on the extraction of natural gas through the process known as fracking is lifted.

But which of these measures will actually help prevent an impending energy crisis – and what would be the consequences for the climate and the environment?

Do German nuclear power plants have to operate longer?

Currently, only three nuclear power plants are still connected to the grid in Germany. As things stand, they will be closed by the end of 2022 as part of the country’s complete withdrawal from the controversial energy source.

“Germany has been working on phasing out for a long time and as a result nuclear power plant operators have reduced their staff and also stopped ordering new fuel rods,” explained Bruno Burger from the Fraunhofer Institute for solar energy systems in Freiburg, Germany.

The Nuclear Energy Industry Association considers purchasing new fuel rods feasible, but not before fall 2023 at the earliest.

“During the next winter, the nuclear power plants could roughly turn, that is to say with a limited production”, according to the spokesman of the association Nicolas Wendler.

Germany has only three nuclear power plants still in operation

But there’s another problem: Burger pointed out that Germany gets 20% of its uranium from Russia, and another 20% from Kazakhstan, which is also within Russia’s sphere of influence. This means that alternative sources should be found. Moreover, it would take decades to build new nuclear power plants.

Although no CO2 is emitted when using nuclear energy, uranium mining produces radioactive waste. So far, Germany has no long-term storage facilities for this hazardous waste.

And as the climate crisis makes Germany hotter, nuclear power plants increasingly have to be shut down for days or even weeks. This is because higher temperatures mean that the water in the river is too hot to be used for cooling purposes.

About 5% of Germany’s natural gas needs are produced domestically by drilling in sandstone deposits. According to the German Federal Association for Natural Gas, Petroleum and Geoenergy (BVEG), there are currently still secure reserves of 32 billion cubic meters, equivalent to around 320 TWh of energy.

But the process is banned in Germany on the grounds that the chemicals used in fracking pollute the environment and groundwater. And even if the ban were lifted, German fracking gas would still not be available this winter — or even next.

“Even if we were to open up to the use of hydraulic fracturing technology now, it would probably take up to four or five years before production could start,” said Ludwig Möhring, chief executive of BVEG. Due to both political and civil opposition, the BVEG does not see much room for manoeuvre. Ultimately, the strategic decision rests solely with the German government, Möhring added.

And there is also another major environmental concern.

“During production, between 3% and 5% of the gas can be lost and end up in the atmosphere. This is devastating, because methane is even more damaging to the climate than CO2,” said the scientist from the l Burger energy. Natural gas is mainly composed of methane.

Are wind and solar a short-term solution?

In April, the German government presented an ambitious set of new rules for the expansion of renewable energy, but they are not yet formally in place.

Currently, wind power projects totaling around 10,000 megawatts are being approved, according to Frank Grüneisen of the German Wind Energy Association. But on average, the procedures take six years per wind turbine. There will therefore not be enough new wind turbines by the fall. 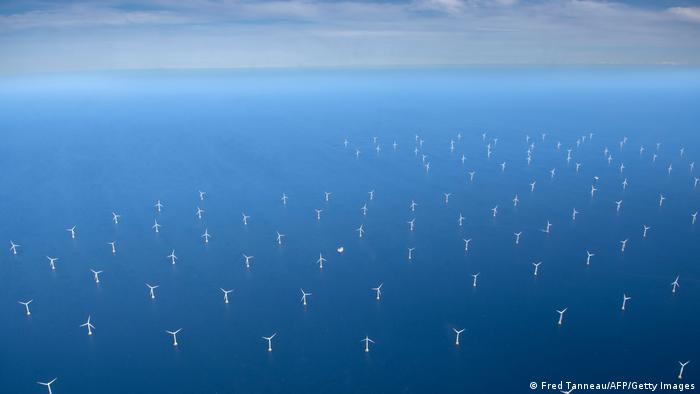 Can wind energy be a solution to Germany’s energy crisis?

The situation is similar for solar energy. Although photovoltaic and solar thermal systems can be produced and commissioned relatively quickly, Carsten Körnig, managing director of the German Solar Industry Association, said the industry was still suffering from interrupted supply chains due to of the coronavirus pandemic.

Körnig estimates that more than a thousand power plants on commercial sites are currently not allowed to feed electricity into the grid because the conditions for doing so were changed two years ago.

“That’s several million kilowatt hours that aren’t coming into the grid,” he said.

Andrea Horbelt, spokesperson for the German Biogas Association, said biogas plants could rapidly increase production from 95 TWh to 120 TWh per year. But such a decision is currently prevented by the old law on renewable energy sources, under which production is limited to 95%. Under the right conditions, it would be possible to reach more than 230 TWh per year by 2030. “That corresponds to 42% of Russia’s current natural gas supplies,” Horbelt said.

More coal and less energy consumption in the short term?

According to the German Institute for Economic Research (DIW), Russia’s energy supply can be replaced in the short term by using more coal. This would require the lignite and coal-fired power plants currently in operation to produce more electricity.

Additionally, power plants that have been shut down but are still held in reserve for the grid should be restarted. The German Ministry for Economic Affairs and Climate Action has already called on power plant operators to prepare to make their plants operational as soon as possible. 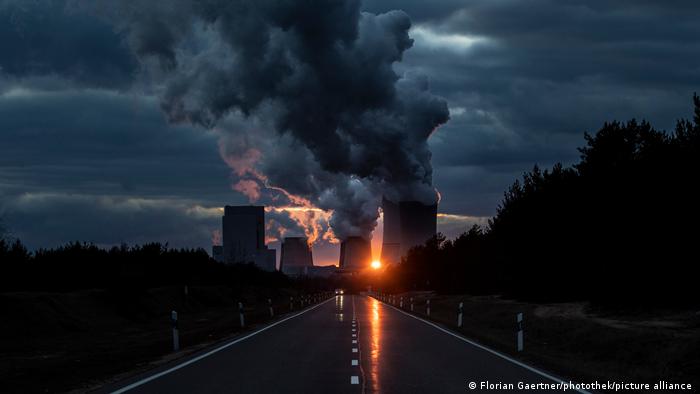 Germany’s plan to halt domestic coal mining could be canceled

Depending on how much energy can be saved, the DIW calculates that 41 to 73 TWh of coal-fired electricity will be needed in 2023. Nevertheless, Germany could stick to both the planned coal phase-out for 2030 and phase out nuclear power, said the DIW. But that will only work if renewables are actually developed as widely as the federal government intended. In this case, coal-fired power generation could drop significantly again as early as 2024.

According to Bruno Burger of the Fraunhofer Institute ISE, the combustion of coal releases on average twice as much CO2 as that of natural gas, and for lignite the figure is two and a half times more. However, due to the loss of methane during extraction and transport, natural gas is also not a climate-friendly option.

Whichever route Germany takes, the DIW, the scientific research center Forschungszentrum Jülich and the German Association of Energy and Water Industries (BDEW) all agree that a loss of Russian natural gas cannot be fully replaced by other energy sources. They say less energy needs to be consumed overall.

For example, BDEW sees more than anything a “short-term savings potential” in space heating. Here, the trade, commerce and services sector could save up to 10% on its previous consumption, while private households could save up to 15%.

In order to reduce energy demand, “energy saving campaigns are needed as soon as possible”, writes the DIW. In addition, measures must be put in place very quickly to increase energy efficiency and facilitate the transition to renewable heat, in conjunction with heat pumps.

This article was originally published in German.