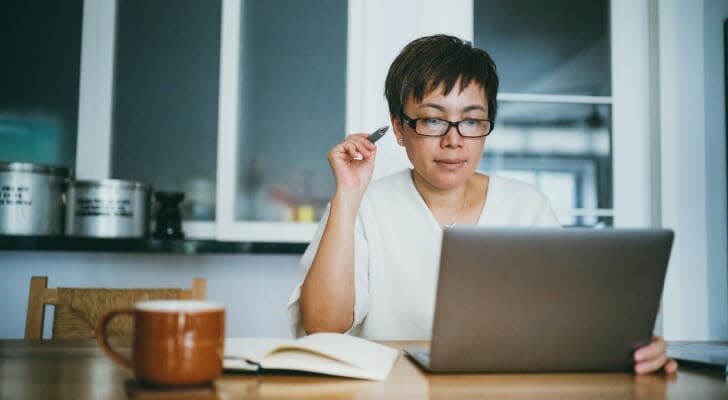 Want to pay less tax on your hard-earned retirement income and extend the life of your savings? This can be easier and simpler than you expected.

For retirees with assets spread across different buckets, from taxable investment accounts to Roth IRAs, Fidelity recommends a proportional withdrawal approach that relies on all of your accounts at the start of retirement. Instead of withdrawing assets from one account at a time, Fidelity found that proportionally withdrawing money from each of your accounts simultaneously can extend the life of your savings by reducing the taxes you pay in retirement.

A financial adviser can help you withdraw your pension assets in a tax-friendly manner and provide other pension advice. SmartAsset can help you find advisors serving your area today.

This common withdrawal strategy can cost you

As Fidelity points out, tax professionals often recommend withdrawing assets from taxable accounts first, followed by tax-deferred accounts such as traditional 401(k)s and IRAs, followed by Roth IRAs last. This strategy allows your Roth assets to continue growing tax-free since Roth IRAs are not subject to required minimum distributions.

But this approach of withdrawing assets from one account at a time could result in what Fidelity calls a “tax increase” during retirement.

If the retiree relies on the traditional approach of withdrawing assets from one account at a time, starting with his taxable investment accounts, he will largely avoid taxes during his first seven years of retirement. That’s because his income will be so low that he won’t pay long-term capital gains tax on withdrawals from his brokerage account. But that won’t last.

After exhausting the assets in his brokerage account, Joe begins withdrawing his traditional 401(k) accounts. He must pay income tax on these withdrawals. As a result, he will pay about $66,000 in income taxes over the next 12 years after retirement, according to Fidelity’s analysis. At this rate, Joe’s traditional 401(k)s will be tapped halfway through his 19th year of retirement. From there, his Roth IRA assets will last about four more years.

Fidelity says there is a more tax-efficient alternative for Joe and retirees like him. Taking withdrawals from all three sources spreads Joe’s tax debt and slightly extends the life of his portfolio by a year.

Under this approach, Joe would take about $15,000 a year from his taxable account for the first 23 years after retirement. At the same time, he would withdraw about $18,000 each year from his traditional 401(k), while also supplementing those withdrawals with another $4,000 from his Roth IRA.

While this strategy would result in Joe having to pay taxes practically every year he retires, it would drastically reduce his tax liability compared to the more traditional withdrawal strategy. Instead of paying an estimated $65,988 in taxes during the middle portion of his retirement, Joe would only pay $41,398 in estimated taxes throughout his entire retirement. That’s a 37% reduction on his tax bill!

See also  Oil Futures Give Up Early Gains; US prices are falling below $80 a barrel

For retirees with assets spread across multiple accounts, including taxable brokerage accounts, traditional 401(k)s, and Roth IRAs, Fidelity found that a proportional withdrawal strategy can limit your tax liability and let your savings go further. This approach is based on withdrawing from each of your accounts simultaneously based on the percentage of your total savings from that account.

Don’t miss any news that could affect your finances. Get news and tips to make smarter financial decisions with SmartAsset’s semi-weekly email. It’s 100% free and you can unsubscribe at any time. Register today.

The post Pay Less Taxes On Your Retirement Income With This Withdrawal Strategy appeared first on SmartAsset Blog.