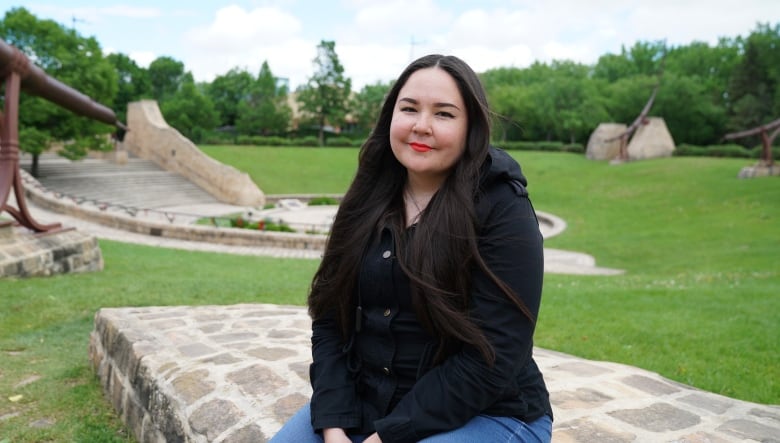 Chance Paupanekis credits much of his well-being to learning his traditional language.

Paupanekis, who is from Norway House Cree Nation in northern Manitoba, is studying Ininimowin, a Cree language that has five main dialects, according to Aboriginal Languages ​​of Manitoba.

Language is more than just words in their culture, says Paupanekis – one of three First Nations language students UKTN spoke with during National Indigenous History Month about the importance of this learning.

“What we’re told in ceremonies is that it was given to us by the spirit world…and so it’s a spiritual language,” he said.

“Spiritual teachings are embedded in the language.”

When he went to his first sweat lodge ceremony, called matotisanhe did not understand any of the songs or teachings.

“I felt like I wasn’t getting 100% of the experience I was supposed to get,” he said. “I felt extremely disconnected.”

It reaches a growing number of people learning an Aboriginal language.

Paupanekis realized that he wanted to embrace the ceremonies of his culture, which also contain many traditional teachings that he wanted to learn. He started learning the language so he could understand the spoken words, but that was only part of the experience he dreamed of.

Paupanekis has been sober for two and a half years, which he says is due to the ceremonies.

“It’s best that when we go to our ceremonies that we go with an open mind and that we don’t use substances that might alter our state of mind. I quit drinking and left this part of me in the past,” he said.

‘The sound of [my mother’s] voice’

When Amanda Fredlund came to Winnipeg from Behchokǫ̀ in the Northwest Territories, she brought her language, Tłı̨chǫ, with her.

She works hard to become fluent in Tłı̨chǫ — a Dene family language also known as Dogrib — but admits it’s a difficult process for many reasons.

She was exposed to the language as a child through her mother, who was learning Tłı̨chǫ herself. But her mother died in 2013 and Fredlund was never able to learn the language from her.

She is currently taking online classes and tries to speak it as much as she can. Hearing the language of native speakers in his classes brings him both happy and painful memories.

“I knew the sound of [my mother’s] voice – the way she speaks the words, her Dene accent,” said Fredlund.

“When I sit in certain classes and hear these beautiful language speakers, it’s a very strong reminder of those memories I have. [of her].”

Fredlund said there were times when she was unable to attend her classes because she was still mourning the loss of her mother. But her grief is also what inspires her to keep learning.

She also finds comfort in being able to honor her mother through her language learning, as well as other strong women in her family who came before her.

“[My mother] is in the spirit world. She’s somewhere I hope to be one day. When I’m fluent in my language, when I know how to talk and have these conversations, I can’t wait to sit down with her and talk [in Tłı̨chǫ].”

Language is a big part of Sienna Gould’s life. Two generations of his family — his grandparents and his parents — had their language hidden from them. Now she collects it for her family and her community, Pinaymootang First Nation, in Interlake, Manitoba.

“We didn’t have the culture, [but] we had the language. And I feel like it kept us connected,” she said.

She sings and talks to her two-year-old son, Sulvie, in Anishinaabemowin or Ojibway. She learns it herself, often one word at a time, but sees her efforts having a big impact on the young children in her family and community.

Children in the community want to learn the language, she says. They ask him questions and try to use the words they know in their conversations.

“Little words like that mean a lot. If you keep going, it will eventually resonate with them.”

Gould said that growing up, she felt like she missed out on learning her language and culture. But the next generation of young people in her community do not grow up in the same way and she is preparing to help them.

“I’m studying to teach Indigenous languages, Anishinaabemowin and Ininimowin, and my goal is to be able to revitalize the language for our future generations,” Gould said.

Paupanekis also said he has become an advocate for languages. Ininimowin has become a powerful part of his spirituality, he said.

“When I started learning the teachings, I started to understand my spirituality, my spirit and how my spirit connects to everything and everyone. Everything is interconnected,” he said.

“It gave me back my spirit. It woke up my spirit.”

Sienna Gould explains how to say hello and see you later in her language.