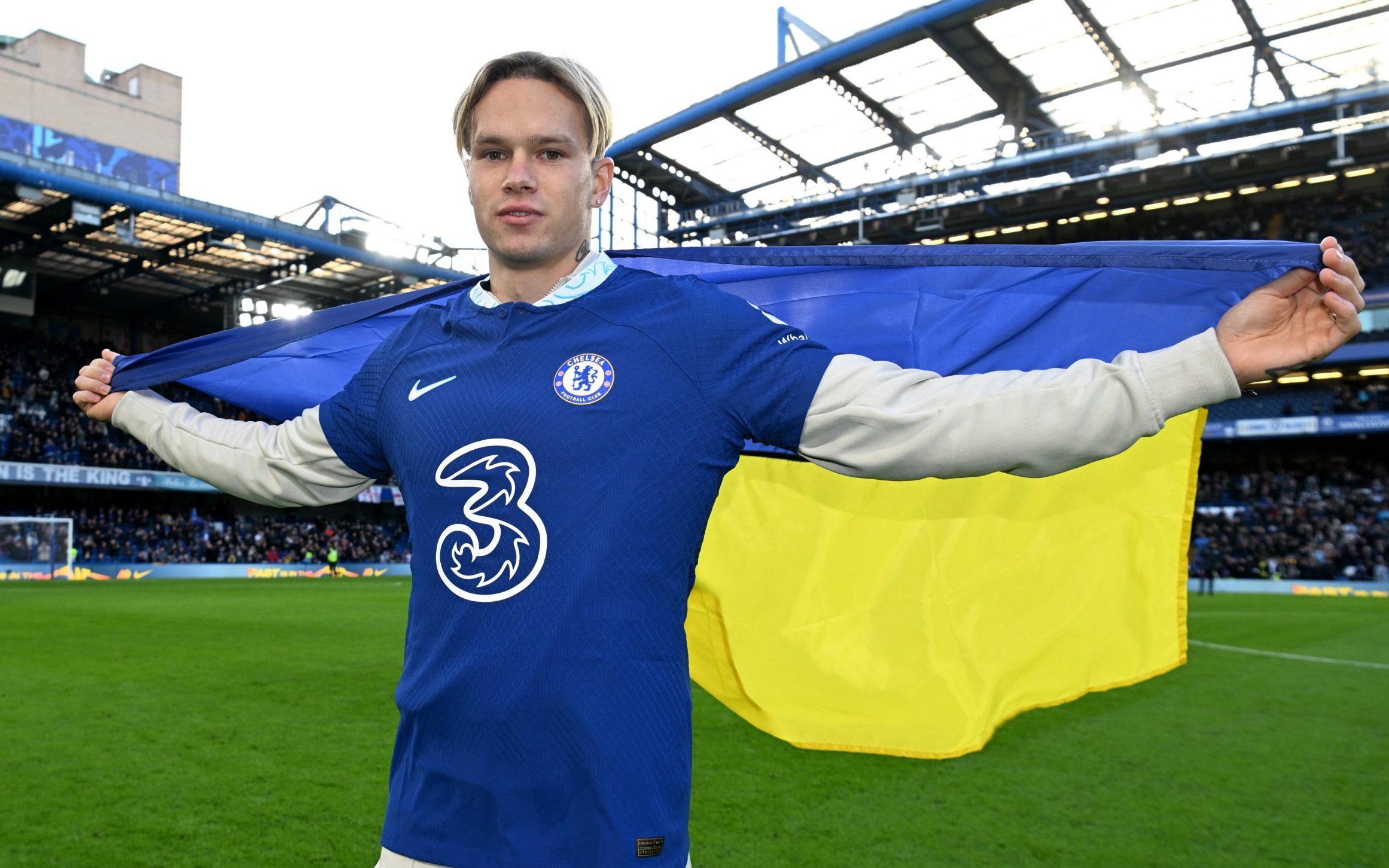 Mykhaylo Mudryk’s move from Shakhtar Donetsk to Chelsea for £88 million has prompted the Ukrainian club to launch a £20 million project for soldiers defending the country against Russian invasion.

Shakhtar president Rinat Akhmetov also revealed plans for his side to play a friendly against the Premier League giants at the Donbass Arena, which they had to flee when Vladimir Putin annexed Crimea nine years ago and has lain empty ever since.

Akhmetov issued a lengthy statement about Mudryk’s departure on Shakhtar’s official website the morning after the midfielder was unveiled at Stamford Bridge with a Ukrainian flag.

Mudryk joined a club owned until last year by Roman Abramovich, who had close ties to Putin but pledged to donate all profits from Chelsea’s sale to all victims of the ongoing war.

Akhmetov said: “I have mixed feelings today. On the one hand I am happy for Mykhaylo and proud of him. This man leads by example and shows that talent and hard work can make the impossible possible. I have every confidence that all of Europe will applaud Mykhaylo’s brilliant and fine playing.

“On the other hand, I have never made a secret that my dream is to win European trophies. This means that players like Mudryk should be invited to our club, to our Ukrainian championship, and we should win European trophies with such players, instead of cheering for them, even when they play in the best clubs in the world. Unfortunately, it is now impossible, as Ukraine is fighting against the horrible and unjust war that the Russian Federation is waging against us. But I am confident that we will win. And we play a friendly against Chelsea at the Donbass Arena in Donetsk, Ukraine.

“We must do everything we can to bring this day closer. That’s why I decided to launch the Heart of Azovstal, a project designed to help Mariupol defenders and the families of fallen soldiers. Their acts of bravery are unparalleled in modern history. It was they, their sacrifice and courage that helped to contain the enemy in the first months of the war and now made us all feel the inevitability of Ukraine’s victory.

“I am allocating $25 million (£20.5 million, UAH 1 billion) today to help our soldiers, defenders and their families. The money will be used to cover a variety of needs – from providing medical and prosthetic treatments and psychological support to meeting specific requests. To ensure transparency, the project will have a professional independent team that will be in contact with the Azovstal defenders, their families, caregivers and volunteers. We are forever indebted to our soldiers!”