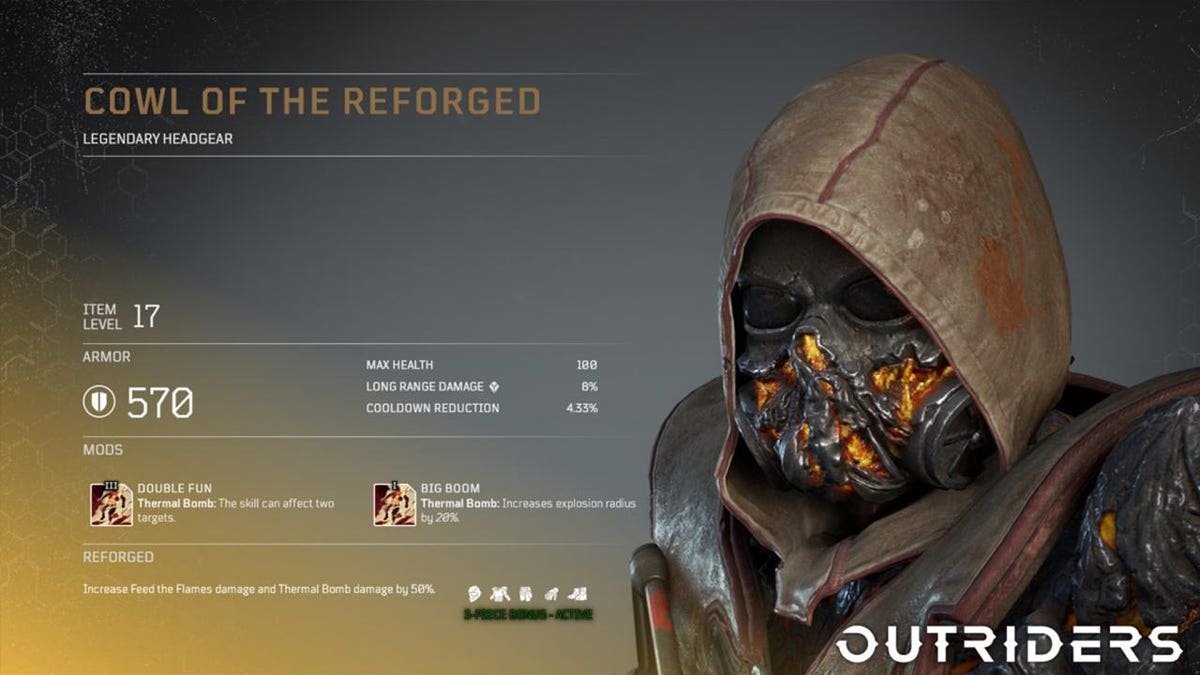 Outriders continues to spend a lot of time trying to balance his metagame ahead of an expansion he still won’t officially announce, only one strong clue comes in. And now they’re doing something I’ve been suggesting for a long time now, taking a look at the legendary set bonuses for each class.

For a very long time, Outriders only had one viable Legendary Set for each class, two if you’re lucky, and now they’re going to work to keep the others catching up, also using the previous buffs they have. brought to skills. So here are the Buffs that are coming to Legendary Sets of all Classes, though some get more love than others.

Shared damage bonus for Anomaly damage increased from 10% to 40%.

The Shattered Armor mod is replaced by the Mosh Pit mod which applies the vulnerability.

Along with reducing Boulderdash’s cooldown by 90%, it will also increase armor firepower by 15%.

Anti-Death Gloves will now have the Death’s Door mod instead of the King Slayer mod.

The only change here is that Skill Leech is changed to Close Range Damage on parts of the set.

The set bonus will increase its cooldown reduction to 30%, down from 10%.

The whole set is completely redesigned to support an Anomaly Damage playstyle, which involves swapping out a lot of its stats and mods to accommodate that.

As for the set bonus, Heat Bomb and Feed the Flames increase each other’s next use by 75%, down from 50%.

In addition to not being able to die inside Slow Trap, a new set bonus will include a 6% damage increase per enemy affected by a deception skill (Slow Trap, Venator’s Knife, Time Rift).

Additional cluster bombs generated by the set bonus now deploy faster, and an additional mine will be generated after a bug fix.

Again, no timeline on this, but it’s part of a big upcoming patch slated for later in the future, the same patch that’s going to nerf Fortress and Moaning Winds, it seems. Which, at this point, I mean, sort of has to happen. Either way, I’ll definitely be curious to try them out, but I think I need some new content so that I can really come back to Outriders at this point.