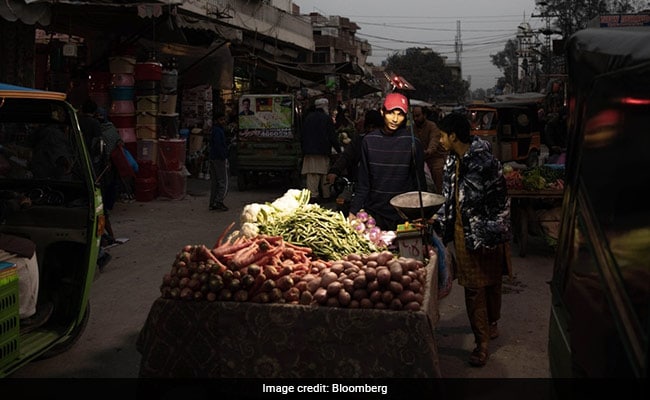 Vendors sell fruit under battery-lit lamps in Lahore on January 23.

Electricity in Pakistan is being restored after a nationwide blackout and Prime Minister Shehbaz Sharif has ordered an investigation into the grid outage that has contributed to the country’s struggle with rising energy costs.

Much of its 220 million population was left without power after the national power grid went down Monday morning, forcing hospitals to switch to backup generators and causing major disruption to mobile and internet services.

Work to restore connections continued into the night in cities such as Karachi and Lahore, extending the outage to more than 12 hours in many locations amid falling temperatures.

Sharif has ordered an investigation into the latest blackouts, Energy Minister Khurram Dastgir Khan told reporters late Monday. Low power consumption had increased the “vulnerability” of the system and a “thorough investigation has been launched which will consider all possibilities,” he said in a Twitter post.

Millions of people in Pakistan’s major cities were blacked out due to a power outage.

The country is already reeling from rising energy costs https://t.co/UEo9w7IIecpic.twitter.com/4wzUksjgDV

Pakistan has made little progress in upgrading its aging electricity transmission infrastructure, despite repeated recent failures, including a major failure of the national grid in January 2021.

A global energy shortage following Russia’s invasion of Ukraine has hit Pakistan hard, driving up fuel import prices and exacerbating the country’s problems with rising inflation and dwindling currency. Conditions for financing from the International Monetary Fund include a further increase in energy prices.

Continuous blackouts and fuel rationing have been in place for months, and a recent series of proposals aims to cut power demand by about half. Public sector workers have been asked to work from home, while shopping malls, markets and restaurants are being asked to close earlier than usual.

The population center of the US is trending south this decade

Climate protesters in The Hague block the highway, are arrested and taken away by bus