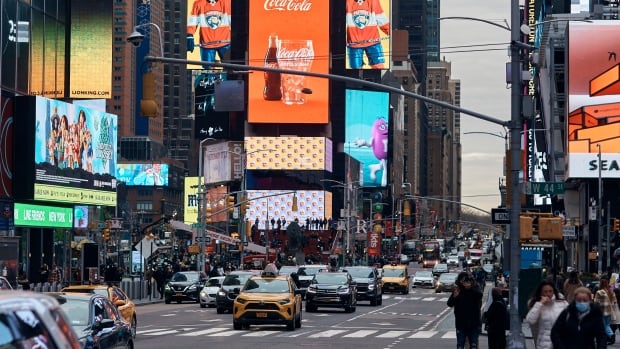 After the relative calm of the pandemic, New York City has come back roaring. Listen up: Jackhammers. Honking cars and trucks. Rumbling subways. Sirens. Shout.

Numerous attempts have been made over the years to quiet down the cacophony. One of the newest: traffic cameras equipped with sound meters that can identify souped-up cars and motorcycles emitting an illegal amount of street noise.

So far, at least 71 drivers have received tickets for violating noise regulations during a year-long pilot program of the system. The city’s Environmental Protection Department now has plans to expand the use of roadside sound meters.

“Vehicles with illegally modified mufflers and tailpipes that produce extremely loud noises have been a growing problem in recent years,” said city councilor Erik Bottcher, who announced the arrival of the radars in his district to help reduce “unpleasant” noise.

New York City already has one of the most comprehensive noise ordinances in the US, setting permissible levels for a wide variety of noise makers, such as jackhammers and vehicles.

A state law known as the Stop Loud and Excessive Exhaust Pollution Act, or the SLEEP Act, which took effect last spring increased fines for illegal modifications to mufflers and exhaust systems.

Because police officers often have other priorities, offenders have gone their merry, boisterous way. The new devices record the license plates of offenders, much like speed demons are caught by roadside cameras. Vehicle owners face fines of $800 US ($1,069) for a first noise violation and a fine of $2,625 US ($3,509) if they ignore a third hearing.

City officials declined to reveal where the radars are currently based.

A year ago, Paris, one of the noisiest cities in Europe, installed similar equipment in some streets.