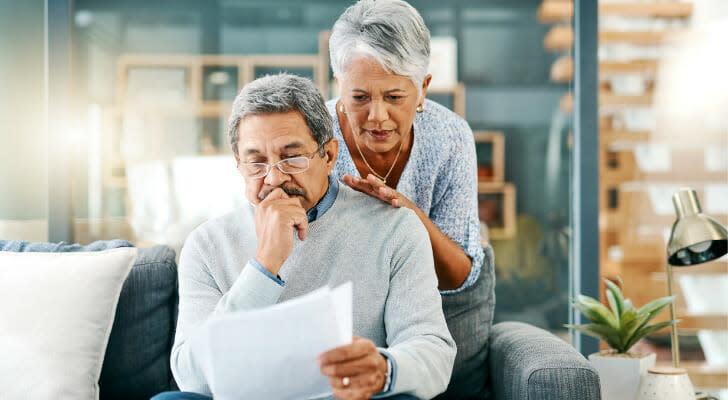 It’s always hard to make your retirement savings last as long as they need to, but it gets even harder when you retire during a market downturn, as Americans now retiring are experiencing. A market drop means that whatever money you have left in the market is shrinking rather than growing, potentially causing you to lose money by the time you’re ready to use it. However, T. Rowe Price has a strategy for maximizing your savings if you’re unlucky enough to retire during a down market.

Whether you’re ready to retire or planning for the future, consider working with a financial advisor to make sure you’re getting it right.

How to withdraw during a recession

The key to successfully withdrawing your retirement funds during a market downturn is to take a conservative approach and not over-allocate at first. According to a recent study by T. Rowe Price:

“Taking a conservative approach to withdrawal in early retirement and planning temporary adjustments along the way (if needed) will help retirees weather the markets and have a truly fulfilling and enjoyable next phase of life.”

The key is to remember that a market downturn won’t last forever. Bear markets typically last much less time than bull markets, so even if the early years of your retirement are tough, chances are most of your retirement won’t be.

1. The 1973 recession, caused by an oil embargo and an energy crisis.

T. Rowe’s analysis tested the “4% rule,” which favors an initial withdrawal of 4% from your retirement funds. Although the early years of retirement were difficult for someone who retired in 1973, given shrinking portfolios and significant inflation, things quickly improved. After 30 years, the portfolio balance was double where it started, assuming a withdrawal of 4% and a portfolio that was 60% stocks and 40% bonds.

See also  Wells Fargo pulls out of the mortgage market - what does this mean for homebuyers?

2. The 2000 recession, which coincided with the recession following the September 11 attacks

Again, the first few years were tough, but by the end of 2022 someone who retires in 2000 would have a portfolio close to what it was at the start of retirement — again, assuming a withdrawal of 4% and a portfolio split 60/40 between stocks and bonds.

3. The 2008 recession caused by the financial crisis

This retiree had some pain at first, but by 2021 they had a portfolio that had increased in value by more than 50%, using the same assumptions as the examples above.

It comes down to

The market doesn’t look good right now, and that’s scary for everyone, especially those who have already retired or are about to retire. However, there is good news: market downturns and recessions don’t last forever. If you’re patient and conservative in your withdrawal strategy, chances are your portfolio will recover and you’ll be able to enjoy the retirement you planned for – provided you’ve saved what you needed during your working life.

The post Retiring During a Market Downturn: It’s All About Withdrawing Money This Way appeared first on SmartAsset Blog.