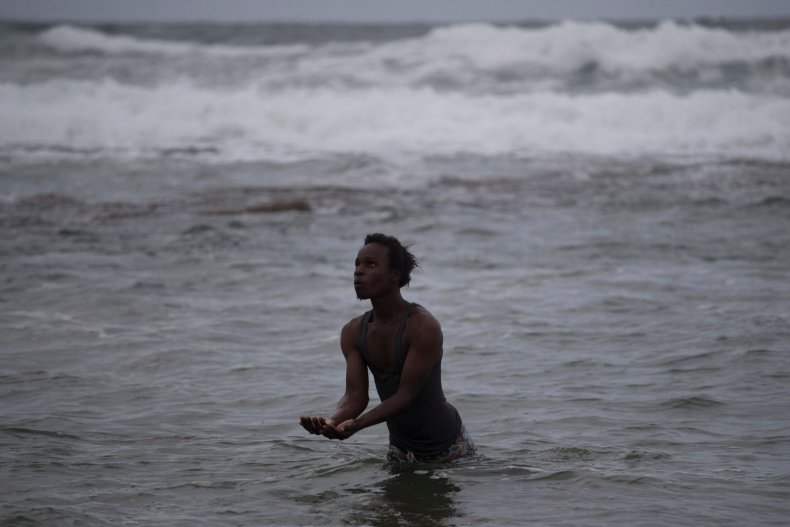 Hurricane Fiona devastated Puerto Rico on Sunday with flooding and power outages across the island, and the Category 1 storm swirled west toward Hispaniola through Monday, as more rain is expected to fall.

The National Hurricane Center (NHC) said in a statement late Sunday night that “tropical conditions will continue to spread across parts of the Dominican Republic in the area through Monday.”

The weather service continues to warn that flooding across the islands could be “catastrophic” and that mudslides in the mountainous areas are possible.

What’s next for Fiona?

NHC still forecasts that Hurricane Fiona will turn north Monday afternoon and then northeast into the Atlantic, leaving the mainland United States clear of any direct hit or any outside wind or heavy rainfall that could lead to dangerous flooding .

The islands, on the other hand, are still in danger.

“These amounts of rain are expected to cause life-threatening flash flooding and urban flooding, along with mudslides on higher ground, especially in parts of Puerto Rico and parts of the eastern Dominican Republic,” the NHC said.

On Sunday morning, Fiona grew from a tropical storm to a hurricane. At the same time, Puerto Rico lost power in every home and most businesses, reminiscent of what happened to Hurricane Maria nearly five years ago.

“Puerto Rico is 100% without power due to a power outage from Hurricane Fiona,” said PowerOutage.us.

Puerto Rico is still trying to recover both physically and mentally from Hurricane Maria, which devastated the island in 2017 as a Category 5 storm. Most of the island lost power, destroyed most of the power grids and caused physical erosion of the coastline of the island. the country.

Maria’s damage was estimated at $91.6 billion, the third costliest hurricane ever.

By Tuesday evening, Fiona is forecast to upgrade to a major hurricane, meaning sustained winds have surged above 110 mph. The path cone currently shows Hurricane Fiona to the north, and parallel to the U.S. East Coast, as a major hurricane through Friday, when a lowering is expected.

The US mainland seems safe for now, but with tropical systems, things can change quickly in the blink of an eye.

Even if they don’t reach winds high enough to become hurricanes, these storms can still dump rainfall that can cause life-threatening flooding.