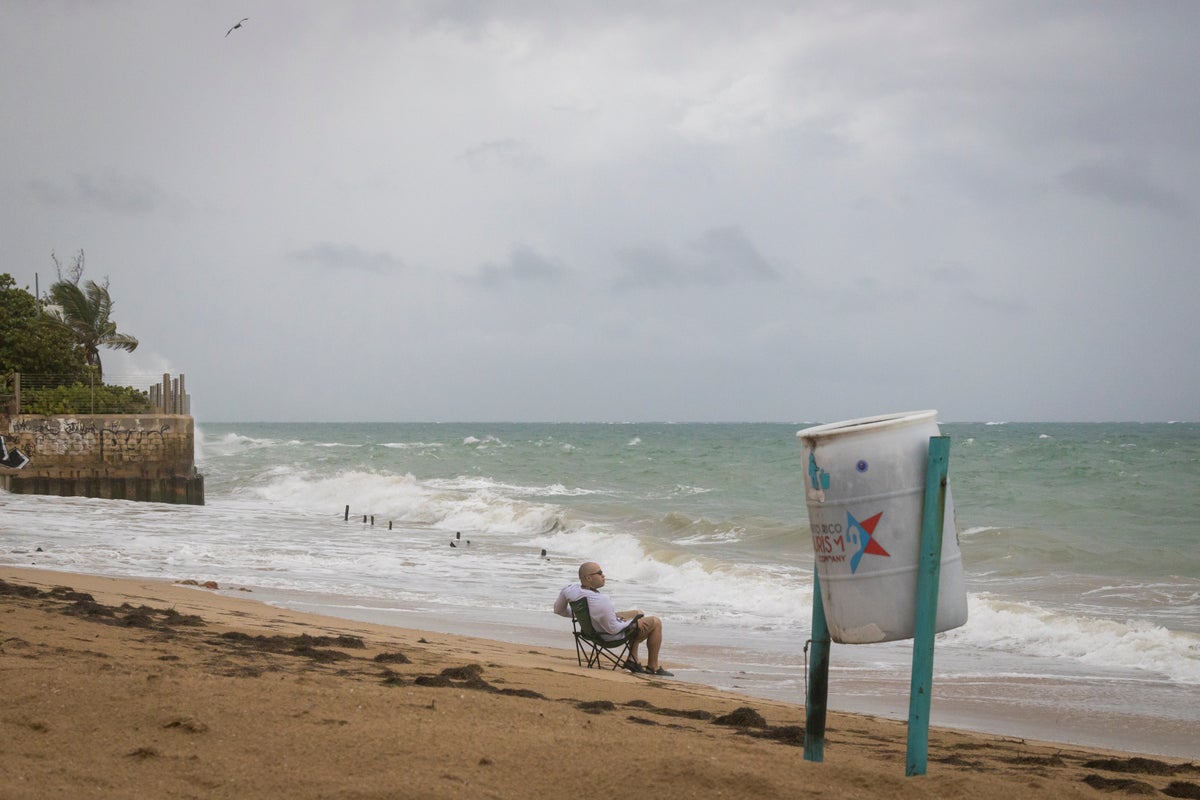 Puerto Ricans braced for strong winds and extreme rain as Tropical Storm Fiona subsided amid expectations it would grow into a hurricane before hitting the US southern coast on Sunday afternoon.

Forecasters said “historic” rainfall levels were expected to trigger landslides and severe flooding, with up to 20 inches predicted in isolated areas.

Fiona was located 150 miles southeast of Ponce, Puerto Rico, late Saturday. It had maximum sustained winds of 60 mph (95 kph) and was moving west-northwest at a speed of 8 mph (13 kph).

The storm would ravage towns and villages along Puerto Rico’s southern coast that are still recovering from a series of strong earthquakes that hit the region from late 2019, with several schools still closed and debris to be removed.

More than 100 people had sought shelter across the island on Saturday night, most in the southern coastal town of Guayanilla.

With Fiona just two days before the birthday of Hurricane Maria, a deadly Category 4 storm that struck on September 20, 2017, fear levels were running high across the island. People closed windows and stockpiled food and water.

“I think all of us Puerto Ricans who have lived through Maria have that post-traumatic stress of, ‘What’s going to happen, how long is it going to take and what needs might we face?'” said Danny Hernández, who works in the capital of San Juan, but planned to weather the storm with his parents and family in the western city of Mayaguez.

He said the atmosphere in the supermarket was bleak as he and others made sure they were well stocked before the storm hit.

“After Maria, we’ve all dealt with scarcity to some degree,” he said.

Many Puerto Ricans were also concerned about power outages, with Luma, the company that manages electricity transmission and distribution, warning of “widespread service interruptions.”

Puerto Rico’s electrical grid was devastated by Hurricane Maria and remains fragile, with reconstruction only recently beginning. Outages are the order of the day and fires have occurred at power plants in recent months.

Puerto Rico Governor Pedro Pierluisi said he was ready to declare a state of emergency and activate the National Guard if necessary as the sixth storm of the Atlantic hurricane season approached.

“What worries me most is the rain,” said forecaster Ernesto Morales of the National Weather Service in San Juan.

Fiona was predicted to drop 5 to 10 inches (13 to 25 centimeters) of rain over eastern and southern Puerto Rico, with as much as 20 inches (51 centimeters) in isolated spots.

It was forecast to sweep past the Dominican Republic on Monday and then northern Haiti and the Turks and Caicos Islands with the threat of heavy rain. It could threaten the far south of the Bahamas on Tuesday.

A hurricane warning has been issued for the eastern coast of the Dominican Republic, from Cabo Caucedo to Cabo Frances Viejo.

Fiona has previously battered the eastern Caribbean, killing a man in the French territory of Guadeloupe when floods washed away his home, officials said. The storm also damaged roads, uprooted trees and destroyed at least one bridge.

Tropical Storm Madeline formed further into the Pacific Ocean, but forecasters predicted it would pose no threat to the country if it moved further from Mexico.